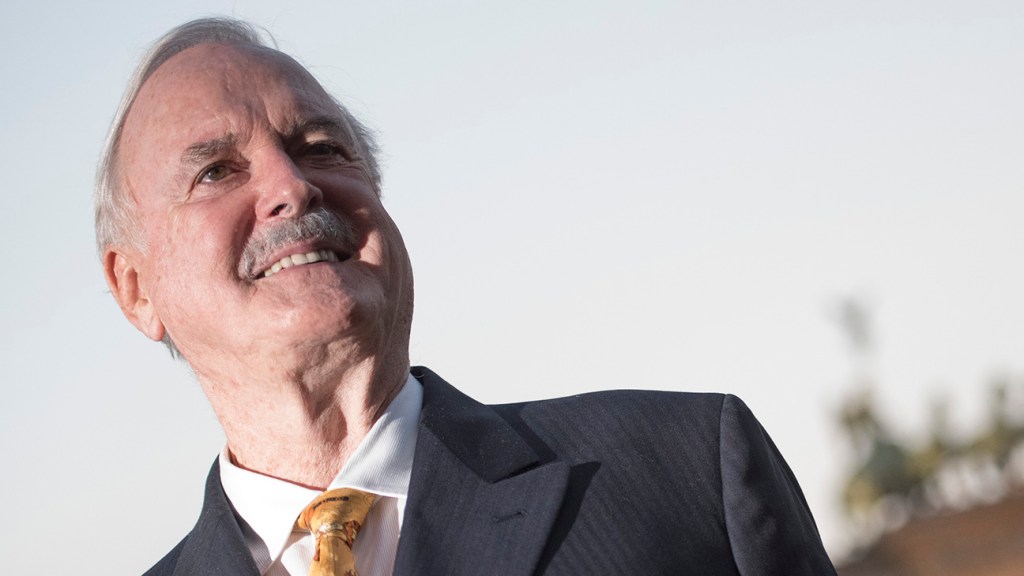 It took about an hour for John Cleese to say something that turned a panel into cringey awkwardness.

The Friday night session was helping kick off the South by Southwest festival in Austin, Texas, marking the first time in two years the popular conference was held in person.

The quartet of comics were from very different backgrounds, yet each successfully riffed off each other and kept the crowd laughing as they discussed their upbringings, creative process and views on comedy with the panel’s moderator, Portlandia executive producer Dan Pasternack. The mood, overall, was like a lovefest, and the 82-year-old Cleese – who has been getting a reputation in recent years for saying controversial things – was seemingly on his best behavior.

Now before we get to the reason you’re reading, it’s important to point out what happened was under the umbrella of “comedy panel.” Some attending might have very different views of the tone of this moment, which appeared to segue from comedy to cringe to offense. But it began with Sloan, a stand-up comic and  Daily Show correspondent who is Black, making a joke about colonization.

To which Cleese defensively said people “forget the British Empire was the basic political unit of organization for 6,000 years – the British didn’t start [colonizing].”

“We know, but ya’ll did it so well!” Sloan shot back, drawing laughs. “It’s the reason I’m here! I’m not supposed to be here!”

“We gave you free passage, too,” Cleese replied.

That line drew shocked groans from the crowd, but since Cleese was clearly joking, everybody was still, seemingly, on board.

Cleese resumed, except now apparently getting quite sincere: “History is a history of crime. It’s a history of people who were stronger beating up people who were weaker and it’s always been that. It’s deeply, deeply distasteful. But to pretend that one lot were worse than another – you do know the British have been slaves twice, right?”

“The Dutch are the problem,” Sloan replied, and then proceeded to pivot away to another topic. And for a couple of moments, it seemed like the subject had passed.

But Cleese was intent on returning to his “my people were slaves too, you know” point.

“[People] get competitive about this business of being oppressed,” Cleese said (seemingly unaware he was doing exactly that). “We were oppressed, the English, by the Romans for 400 [years], from about 0 to 400.”

“This is getting so uncomfortable,” Valez said dryly. “[Is this the new] Dave Chappelle special?”

“I don’t want to have a struggle competition,” Sloan said.

“I want reparations from Italy,” Cleese said drawing shocked gasps. “… and then the Normans came over in 1066 … they were horrible people from France and they came and colonized us for 30 years – we need reparations there too, I’m afraid.”

Pasternack repeatedly told the audience “this is why your phones are locked up,” and made a joke about “playing the Jew card” which, in turn, promoted Cleese to start to set up a “do you know why Jews…” joke about a stereotypical physical trait.

At that point, Sloan stood up and confiscated Cleese’s microphone (temporarily, at least). Many were laughing and applauding, some weren’t, and it was hard to know how exactly to take it.

“And now you saved the colonizer,” Pasternack said.

“I saved a comic whose career I respect,” Sloan replied.

Gaffigan, who was largely silent through all this, said to Cleese: “The bravest people are never the ones that tell you that they’re brave. You know, like you’re like saying some shit here that … people say, ‘I’m so brave!’ They never say some of this shit.”

“Well, the thing is, I’m going to be dead soon,” Cleese said. “That’s why I’m in favor of global warming – I don’t want to be cold ever again.”

“Where you’re going you won’t be!” cracked Pasternack.

From there, the conversation moved on to calmer waters.

Sloan and Cleese, by the way, embraced with a big hug at the end of the panel.

The Fish Called Wanda actor and founding member of the Monty Python comedy troupe has been outspoken in recent years on progressive topics, such as railing against cancel culture, defending embattled Harry Potter author J.K. Rowling and declaring there’s no such thing as woke joke (“It might be heart-warming but it’s not going to be very funny,” he said).

UK’s Channel 4 announced last August that it was developing a comedy series with the actor titled John Cleese: Cancel Me which will “set forth into the minefield of cancel culture to explore why a new ‘woke’ generation is trying to rewrite the rules on what can and can’t be said.”