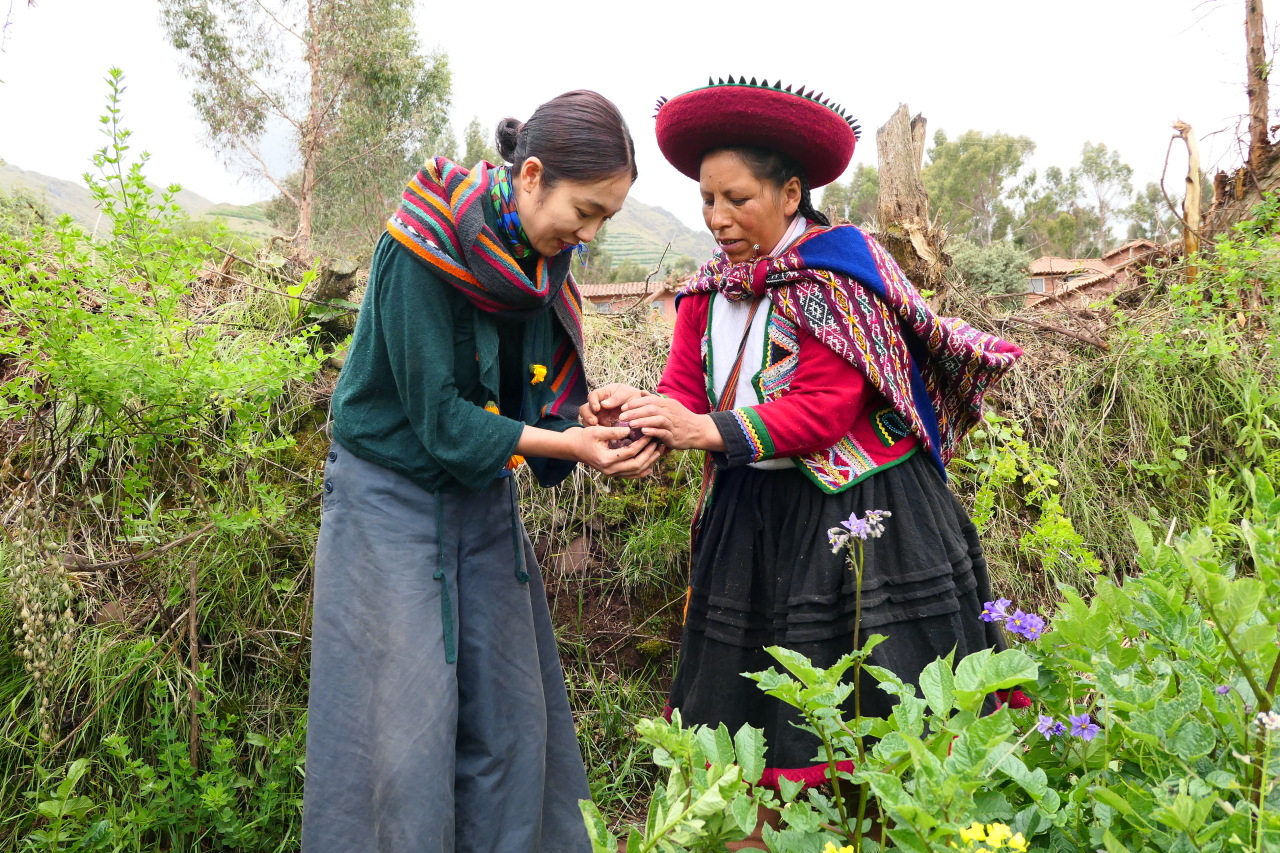 Discovering unnamed foods, gathering lesser-known recipes, documenting them and, finally, presenting them to the public to learn and enjoy is what drove Ha Mi-hyun, CEO of food research and archive company Spoken Company to carry on with her work despite the pandemic.

Ha founded Spoken Company, also known as Ipmal Eumsik, referring to dishes prepared with recipes passed by word of mouth, in 2015. The company has so far visited more than 70 regions in Korea, and recorded over 400 spoken recipes after meeting with 2,300 local residents, particularly farmers, in each area.

“I give special thanks to my car which I have driven over 400,000 kilometers,” Ha said with an easy-going smile during an interview with The Korea Herald at her home in Seoul, Friday morning.

Born and raised in Busan, Ha went to Paris at the age of 21 with dreams of working in the fashion industry.

She studied at Studio Bercot in the early 2000s, and worked for several fashion magazines and an ad agency as art director.

When back in Korea for vacations, Ha stayed at a temple in Mungyeong, North Gyeongsang Province, for several weeks.

She was instantly struck by the taste of the temple food at Mungyeong, which she recalls used the freshest ingredients from the local farmers in the area. Upon leaving the temple, like a calling, she decided to delve into the world of regional food and ingredients. Ha thought that encountering local foods could be a source of pure happiness and excitement, just like how one feels when wearing well-fitting clothes.

“When I was studying in Paris, my mentor took me to vintage shops and small garment and button factories, instead of walking through popular fashion streets studded with luxury designer brands. I kept the same approach with the food I recorded.”

Ha realized that many of the dishes that rural villagers eat take less than 15 minutes to prepare. They are also picked fresh from the ground, with the season acting as a natural refrigerator, and a fire built for the heat instead of an oven.

It was a special experience to see farmers and fishermen mix and blend seasonal ingredients from the fields and the sea to add spiciness or sweetness to their humble dishes, according to Ha.

“Going out to the fields and hearing the names of the foods and dishes I have never heard of before, and listening to different histories and stories of families’ behind the dishes, I found each moment very much worth recording and preserving.”

In 2019, Ha conducted field research on potato dishes in Gangwon Province as well as Peru.

“While in Peru, I was invited to a kitchen of the Quechua people, natives to Peru, and offered a warm chicken soup with potatoes. It reminded me of samgyetang (Korean ginseng chicken soup).”

Ha discovered that in Peruvian regions at high altitudes, people freeze potatoes to store them for long periods and chop or dice them to make soup. “When you look at Gangwon Province, you can feel both similarities and differences. In Yangyang, people often intentionally allow potatoes grown in the summer to rot and grind them into powder for storing. When the cold season arrives, they use the powder to make ongsimi (Korean potato dumplings soup),” Ha said.

In almost every region she visited in Korea, a specific type of daily kimchi could be found.

The recipes have mostly been passed down by word of mouth. “There was dureup mul kimchi made by slash-and-burn farmers in the northern regions and jepi kimchi in the Gyeongsang provinces, made with the ingredient commonly used in preparing the soup chueotang, known as Korean pepper powder.”

Ha found it unbearable that most people that she met were not proud of their dishes, insisting that they were nothing special — just something they eat every day.

“A meal of four or five easy-to-make side dishes is a meal that only they can make, on the spot. I wanted to spread the excitement that I felt by continuing to record and archive such foods.”

Ha published a 300-page book in the summer of 2020 titled “Ipmal Eumsik: Jeju Wooyoungpod,” which she describes as an oral recipe book and encyclopedia of the stories of the people of Jeju Island that have never been told to the outsiders. The book was received positively, leading the company to open its first office space on Jeju Island next month.

“We will be hosting a series of workshops and local chefs’ events starting in spring that will be open to all in and outside Jeju interested in learning about and talking about ipmal foods,” Ha said.

While focusing on making the Jeju venue friendly and approachable, Ha hopes to plan further global ipmal food research outside Korea, something which she had regularly conducted each January before the pandemic hit.