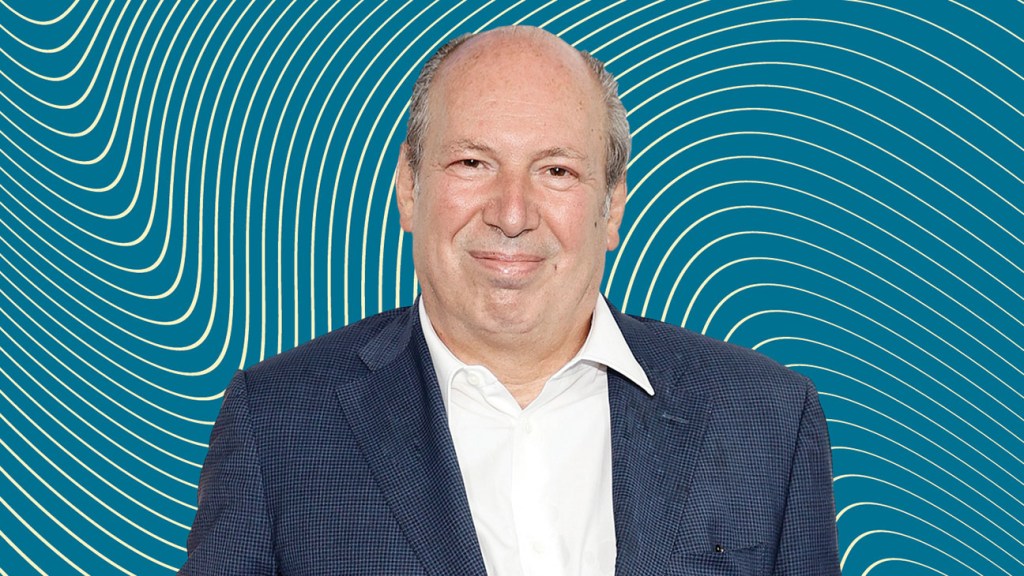 Hans Zimmer, the iconic composer who can count scores for films like The Lion King (for which he won an Oscar in 1995), Gladiator, the Pirates of the Caribbean series, the Dark Knight trilogy and Interstellar to his credit, just received his 12th Academy Award nomination, for Dune. The German native, however, calls this nomination different from its predecessors because of what Frank Herbert’s novel, on which Denis Villeneuve’s movie is based, meant to him as a young man.

From the beginning, Zimmer knew his approach to Dune‘s score would differ from his previous work in the sense that he never wanted the film to have a “romantic, European orchestral score” or a particularly masculine sound.

“If this is a movie about a planet 10,000 years from now, and it was a desert planet, [I thought] I should go and invent instruments and sounds you’ve never heard of,” says Zimmer. “The only thing that should be a consistent, recognizable thing should be the female voice. Denis and I never even had to talk about it for any time at all. We always felt very strongly that the female characters are the driving force of the story. Even when Lady Jessica [Rebecca Ferguson] isn’t on the screen, there will be a femininity within the music — that felt very important.”

Zimmer explains that the character of Lady Jessica was a big reason this score required many different tones and colors for each character, as opposed to just sticking to one theme for a character as he usually does when he composes. “I thought it’d be much more interesting to give different tone colors, different orchestration ideas to different situations,” he says. “If you think of Lady Jessica, she’s a mother, so there’s that [maternal] sound. But she is the concubine of Paul’s father. She is a Bene Gesserit … but how far does her influence reach into the next scene? She might not even be in it, but her words might echo into the next scene.”

Zimmer started his career as a sound designer and as a synthesized programmer, which he says helped him create unique sounds and instruments for Dune. Using metals “that I can’t even pronounce,” he evoked sounds with timeless instruments, such as the violin or a bagpipe, to really home in on the futuristic world Villeneuve was creating on the screen. “Everybody’s pointing at the bagpipes in the movie, but to me, they make sense,” he explains. “When you’re the Royal House and you’re being heralded on a new planet, it’s either the fanfares or it’s something that is ancient and timeless at the same time. I know that [the bagpipes] aren’t just Scottish or Irish. I know that the Middle East is full of [them]. Wherever you find a goat and some wood, you can build bagpipes. So, doing this thing where the instrumentation was really from ancient, pre-biblical times, [then adding] the most out-there electronics seemed like an appropriate choice.”

Zimmer says his career, in which he is revered as one of the film industry’s greatest and most well-known living composers, has made for an “interesting life.” His résumé is impressive and ever-growing, but he says he doesn’t have one proudest moment of his career. In fact, there have been several.

“There’s a bit in The Lion King, where I was truthful and honest — I was writing about the death of my father,” explains Zimmer. “Interstellar, which you think is galactic and vast, started off with Chris [Nolan] sending me a letter, asking if I would be open to the idea of writing from a single page [on which] he would be writing a fable, but he would not tell me what the movie was about. And he wrote me this wonderful thing about what it meant to be a father, and I spent one day writing the most fragile little thing and phoned him up. … I played it for him and he goes, ‘I suppose I’d better make this movie now,’ and I said, ‘What is the movie?’ And he starts talking about space travel and galaxies and time. And I said, ‘Hold on, this is a tiny little dialogue between my son and myself — it’s about a father and a child.’ And he said, ‘Yes, now I know where the heart of the story is.’ ”

In terms of how he picks his projects, Zimmer says, “Sometimes they pick me. And sometimes you wake up at the end of it … it’s like, the Dark Knight trilogy — it’s three movies for you, but it’s 12 years of my life. There’s nothing more fabulous and wonderful than somebody coming to you with an idea.”

This story first appeared in a March stand-alone issue of The Hollywood Reporter magazine. To receive the magazine, click here to subscribe.