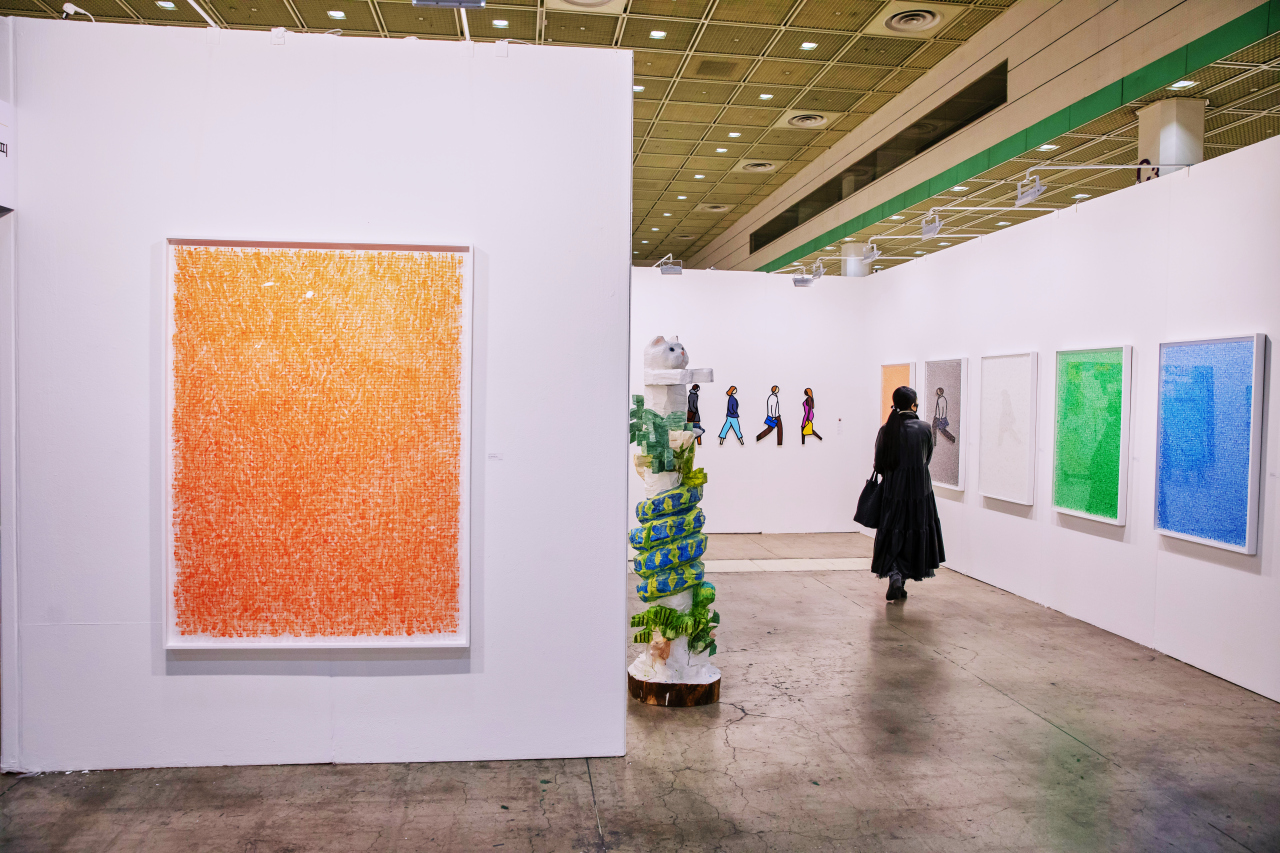 The recent art fever is likely to continue at the upcoming Galleries Art Fair 2022, the first major art fair of the year, with the largest number of galleries participating at a new venue in Seoul.

The five-day art fair will kick off Wednesday at Seoul Trade Exhibition and Convention in Gangnam-gu, southern Seoul. This is a change of venue for the annual fair which has been taking place at COEX in Seoul. Some 143 galleries will participate in this year’s art fair, continuing the momentum of the fast-growing art market.

The first day of the art fair will be open exclusively to VIP guests and press starting at 3 p.m., and the fair will open to the public from Thursday to Sunday, according to the Galleries Association of Korea, the fair organizer.

This year marks the 40th edition of the country’s oldest art fair, which was inaugurated in 1979. The commercial art fair became the springboard for Kiaf Seoul, an annual international art fair held in Seoul. Both fairs are organized by the Galleries Association of Korea.

“We chose SETEC as the new fair venue to help us gauge how Kiaf Plus could be run,“ an official from the association told The Korea Herald. A satellite exhibition of Kiaf Seoul, slated for September, Kiaf Plus, will feature media art and NFT art, according to the official.

The upcoming Galleries Art Fair 2022 will feature an archive exhibition that looks back on the history of the art fair as well as “Zoom-In,” a special exhibition introducing Korea‘s emerging artists.

Seven artists were selected from among 446 artists to showcase their works at “Zoom-In” exhibition, according to the association. Fairgoers can vote for their favorite artist at the show and the top three artists will be awarded prize and prize money.

The art fair will close at 5 p.m. on Sunday.