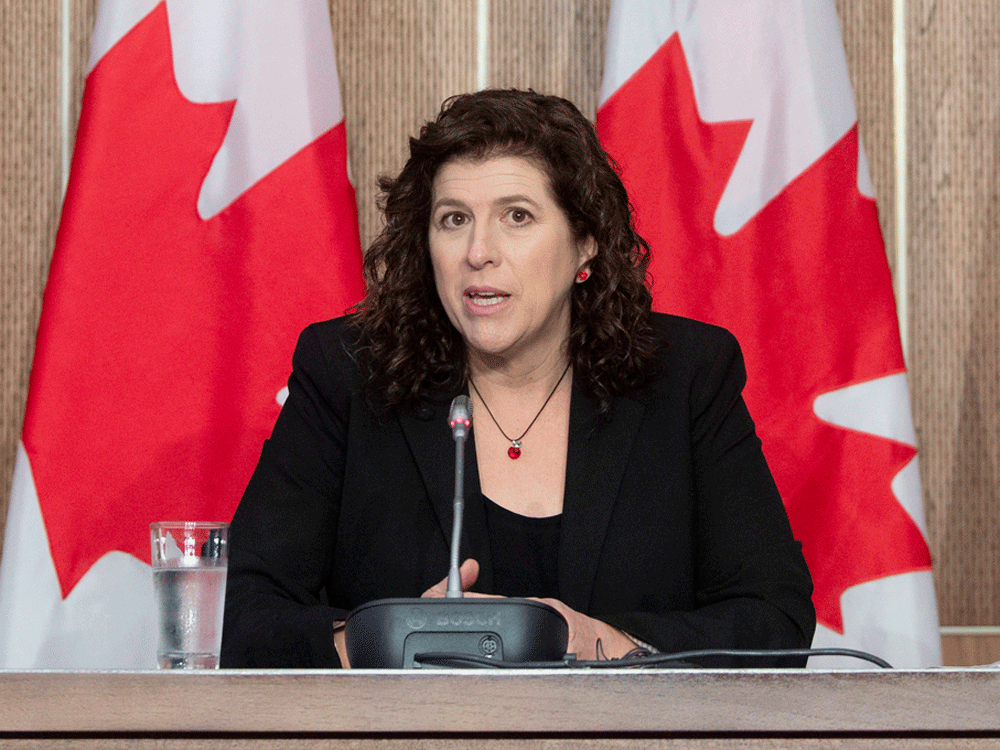 OTTAWA – Canada’s Auditor General Karen Hogan says an ongoing strike in her office will delay the publication of her next reports, possibly for months, and she now fears for the “reputation and integrity of the institution.”

The OAG generally delivers her reports twice a year.

Last November, a group of 165 employees that represent the Office of the Auditor General’s (OAG) Audit Services Group voted to begin a strike after their contract expired in 2018.

The workers are in charge of reports’ visual presentation, translation and other technical, professional or administrative duties in support of auditors.

Two key issues are at stake for the strikers, according to their union: pay raises and the absence of a wage grid to establish set annual salary increases for all members, as well the existence of wage gaps impacting many of the 75 per cent of women in the group (the OAG said that claim is “baseless”).

“The inequity present at the OAG is shameful,” Public Service Alliance of Canada (PSAC) union regional executive vice-president Alex Silas said in an interview. “They have the power to resolve this and it would cost them $215,000. That’s less than 0.2 per cent of their yearly operating budget.”

In a statement to National Post this week, OAG director of communications Yan Michaud said the Auditor General and Commissioner of the Environment and Sustainable Development audits underway last fall are now complete, though they are only expected to be published “before the end of the current parliamentary session,” which is scheduled to end on June 23.

Michaud also said multiple “corporate” initiatives have either been slowed or deferred.

The OAG is one of the largest and most impactful federal government watchdog organizations and has revealed some crucial issues over time, such as the Sponsorship Scandal and the “incomprehensible failure” that was the Phoenix pay system.

“In the public domain, we are seeing the tradition, reputation and the integrity of the institution of the OAG called into question by inaccurate information about the collective bargaining process,” Hogan wrote.

“The time that will be required to restore trust, repair our culture, and rebuild relationships may be measured in years. The effect on the mental health and wellness of OAG employees has been significant.”

Asked to specify what the “inaccurate” information being spread was, Michaud said Hogan was referring to comments seen on social media, “such as false statements that the Auditor General has the power to resolve the current impasse,” as well as “baseless allegations” about gender pay gap at the office.

Silas, the PSAC regional executive vice-president, agreed that the ongoing dispute was hurting the OAG’s reputation, but argued that it wasn’t the workers’ fault.

He also claimed it was the federal government that “refuses to even entertain” binding arbitration.

The OAG said is it is working “closely” with Treasury Board to get to a “fair and equitable resolution for our employees,” all the while considering other collective agreements in the public service.

“One thing I’ve definitely been wondering,” Silas said, “is what is the reluctance of Treasury Board to intervene here?