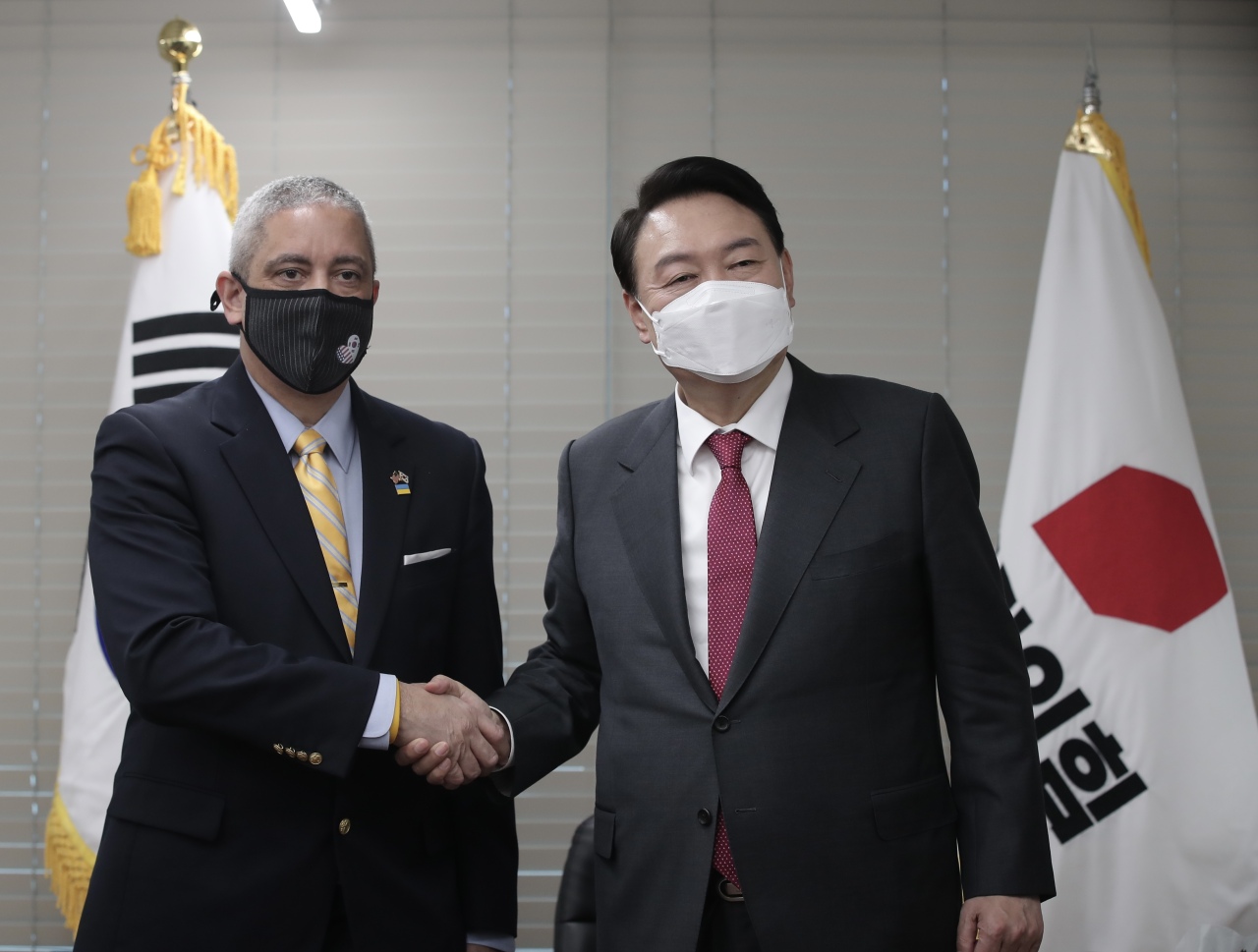 President-elect Yoon Suk-yeol on Friday vowed to strengthen ties with the United States during his term, highlighting the need to expand cooperation between the two countries based on their alliance.

In a meeting with Christopher Del Corso, charge d’affaires ad interim at the US Embassy in Seoul, Yoon said South Korea and the US will have to adjust its relationship to reflect that the countries are “sworn by blood” to help each other.

He emphasized that the US is South Korea’s only allied nation and that the two countries would have to “comprehensively make decisions on areas like economy, climate, health care and advanced technologies based on the blood alliance of the two countries.”

Del Corso congratulated Yoon for his victory in the 20th presidential election held Wednesday, saying the alliance between South Korea and US remains strong and that the two countries will expand its partnership with the incoming Yoon administration.

“We look forward to working with the new administration to continue to expand the broader US-South Korea strategic alliance, while employing it as a force for good across the globe to improve the lives of others and share the security, prosperity, and freedom we enjoy,” Del Corso said.

Yoon had promised during his presidential campaign that he will strengthen “future-oriented ties” with the US, pledging that Seoul would play a central role in international cooperation and in multinational and inter-Korean negotiations regarding denuclearization.

Under Yoon’s rule, South Korea is expected to strengthen its military cooperation with the US in particular, as he had pledged to ramp up anti-missile defense and introduce additional Terminal High Altitude Area Defense batteries in the country.