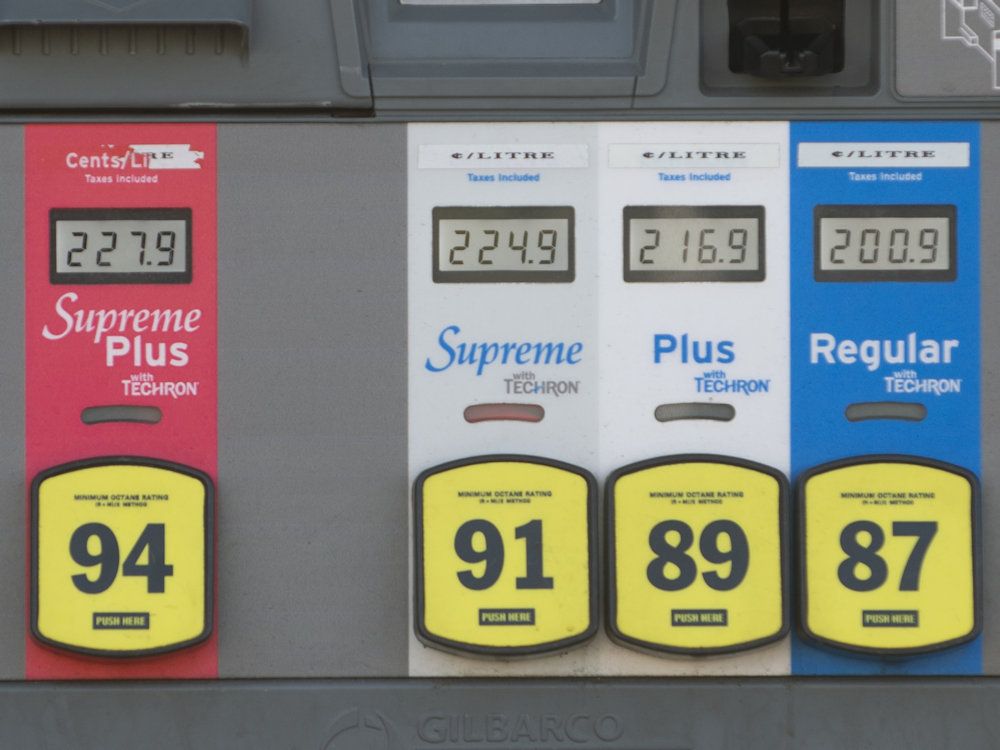 As gasoline prices hit record levels across Canada, two provincial governments have stepped in to offset the impact, and others may yet follow suit, as politicians demand action and residents feel the squeeze in their wallets.

In Alberta, the government has directly reduced the price per litre by dropping, as of April 1, the provincial fuel tax of 13 cents per litre, while Prince Edward Island announced a $20-million suite of measures designed to defray high fuel and heating oil costs, including rebates to low-income Islanders and subsidized transit passes

Other provinces haven’t followed their lead, but with prices across the country averaging $1.85 per litre, and ranging from a high of $2.04 in British Columbia and a low of $1.68 in Alberta, premiers are doubtless feeling the pressure of high gas prices, the result of international market instability because of Russia’s invasion of Ukraine, lingering pandemic supply issues and post-COVID fuel demand.

“It’s good politics in the sense that it speaks to the affordability crisis that I think Canada’s really become alive to,” said Matt Solberg, with New West Public Affairs. “There’s gonna be a lot of people watching on April 1, to see what gas prices do in Alberta.”

From opposition benches around the country, there are demands that governments introduce legislated price caps and fuel tax cuts to bring down prices, even as the federal government is set to bump the carbon tax up to 11 cents per litre on April 1.

Stephen Gordon, an economist at Université Laval, said ordinarily price fluctuations aren’t something governments worry too much about, and when prices are high, people will substitute cheaper alternatives.

“The price of diamonds is high — we don’t worry about that either,” he quipped.

In the case of gas prices, though, people can’t always substitute alternatives, and governments may begin to take note — and offer assistance — when prices cut into incomes.

“The people who are going to be most hurt are people with low incomes,” said Gordon. “We’re not too worried about upper income people, they’ll handle themselves.”

Still, something like a fuel tax cut, says University of Calgary economist Trevor Tombe, works. His estimate is that on average Alberta families will save $130 because of the cut in the first quarter.

So far, there have been rumblings of possible action in Nova Scotia, where Premier Tim Houston said this week that “everything is on the table” for tackling prices, though no official announcements have been made. In New Brunswick, Premier Blaine Higgs called on the federal government to pause the collection of the carbon tax, which will add 11 cents per litre as of April 1.

Higgs pointed out that, unlike Alberta, cutting the fuel tax in his province doesn’t come with the adjacent, and highly lucrative, oil revenues. Solberg also pointed out the unique political dynamic in Alberta, with Kenney facing a leadership revenue in early April, as a reason why Alberta’s gone down this road so readily.

“Everything that Alberta does these days has to be looked at through the lens of April 9, and the leadership review that is coming,” said Solberg. “So anytime that you can try to put the federal government and Justin Trudeau in a corner on affordability issues, that’s going to play well to the conservative base that the premier’s looking for support from.”

Opposition leaders in the Yukon, Saskatchewan and Quebec have called on governments to adopt the Alberta strategy of dropping fuel taxes.

“I think if we do that, it means we would be helping those who consume more,” Quebec Premier François Legault said.

Ontario’s Opposition New Democrats have called for a legislated cap on gasoline prices, but Premier Doug Ford’s Progressive Conservatives, seeking re-election in June, have said they won’t do anything regarding price unless the federal government cuts the carbon tax.

“Any moves we make in Ontario will be contingent on the federal government making a change to their taxation policy,” Energy Minister Todd Smith said this week, CTV reported.

The demand has received a cool reception in Ottawa.

“The federal price on pollution will remain and increase as scheduled at the end of this month,” said an emailed statement from Adrienne Vaupshas, a spokesperson with federal Finance Minister Chrystia Freeland’s office.

Fuel taxes are often big revenue sources for provincial governments and the money can be recycled into other things, such as road maintenance. For Alberta, that 13 cents per litre is worth just shy of $1.3 billion annually; in Ontario it was $807 million in 2019-20.

“To the extent that governments are cannibalizing their tax base, I mean, you’re sort of losing twice. You’re letting companies get away with pointing a gun at your head, and then you’re diminishing your own provincial capacity to pay for the services that whole activity depends on,” said Marc Lee, a senior economist at the Canadian Centre for Policy Alternatives.