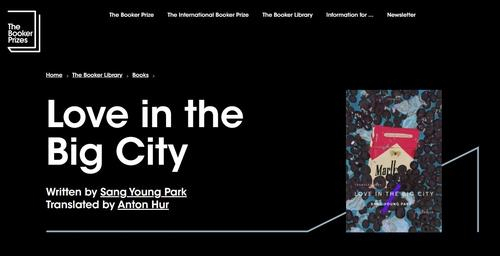 Two South Korean novelists have been longlisted for the 2022 International Booker Prize, one of the three largest literary awards in the world.

Chung Bora of “Cursed Bunny” and Park Sang-young of “Love in the Big City” were among the 13 preliminary nominees for the British prize, established in 2005 to honor an author and translator equally for a single work of fiction translated into English, according to the event’s organizer on its website Thursday (local time).

The Nobel prize-winning writer Olga Tokarczuk’s “The Book of Jacob” is also included on the 13-work list.

It is the first time that two South Korean authors have made the prize’s longlist at the same time.

Moreover, translator Anton Hur has the honor of being longlisted for both Korean works this year.

They also praised “Love in the Big City” as an “energetic, joyful and moving” novel.