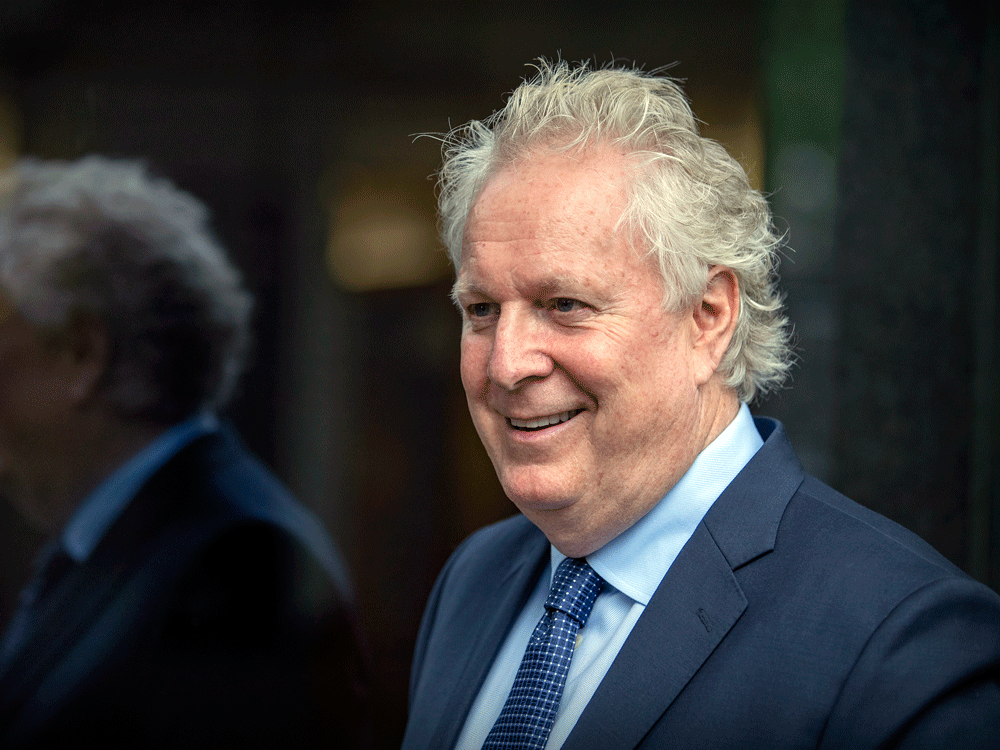 Jean Charest is officially entering the leadership race of the Conservative Party of Canada on Thursday and he is already doing a lot of talking about winning.

Charest told the National Post in an exclusive English interview, before he formalizes his announcement tonight at a rally in Calgary that he’s been preparing all his life to become leader of the Conservative Party of Canada and then prime minister of Canada.

“I will make this party win,” insisted Charest. “Not only will it win, but I will deliver a majority national government with representation in every part of the country, and I want to put Alberta back at the table, where decisions are shaped and made… I know how significant that is.”

His slogan for the next six months will be “Built To Win”, a message that focuses not only on his political experience, but also on his conviction that he is the right man for the job.

“At the end of the day, there is a very simple, a very real question, and that’s who can make us win? That’s also part of the equation, and that’s one of the choices that the membership of the party is called upon to make,” he said. “Everything I’ve done in my lifetime has prepared me for this moment.”

Charest led the federal Progressive Conservative Party from 1993 to 1998, and served in former prime minister Brian Mulroney’s cabinet before that. In 1998, Charest went on to lead the Quebec Liberals in order to slow the progress of the separatist Parti Quebecois.

He became Quebec’s premier in 2003, a position he held onto until 2012 when he was defeated in his own riding and his party was sent to the opposition benches after a massive student crisis.

After having spent nearly a decade in the private sector, which he said he very much enjoyed, Charest decided to jump back into the political sphere because he wants to help heal what he sees as a divided Canada.

He also thinks the country will benefit from his many years in federal and provincial politics.

Charest’s aspirations are already facing attack from frontrunner and opponent Pierre Poilievre, MP for Carleton, who wasted no time in labelling Charest as a Liberal.

In the past few days, Poilievre and his allies have been drawing comparisons between Prime Minister Justin Trudeau and Charest, accusing both politicians of being “totally out of touch” and wanting to “raise the carbon tax” as gas prices are already ballooning.

“Well, I’m not going to spend a lot of time responding to my critics,” Charest said. “Frankly, I’m going to take the critics as the compliments that they are, which is time and energy spent on criticizing me. That says more about them than it says about me.”

Nonetheless, he made it clear that he is no Liberal and no “hyphenated Conservative”.

“If you look at my own political choices and what I’ve done in my life, I am very much a Conservative,” he stressed.

He added that, talking to people on the field, the attacks against him are “not viewed as really credible” and that “we’re going down the wrong path if we’re going to be labeling everyone”.

“I want to talk about the things I want to do. I’m not interested in criticizing my adversaries and trying to parcel the party into different pieces. I want to bring this party together because when the race is done, the first order of business will be to bring everyone to work together.”

Charest said he’s convinced he can make the Conservative Party “into what it’s destined to be, and that’s a national party”.

But for that, he will need to convince the membership of the party to elect him as their next leader. And that might prove to be more difficult than expected, with Poilievre rallying support for the past month and social conservatives backing MP Leslyn Lewis with their well-oiled machine.

After Calgary, he will be headed to a leadership campaign stop in Vancouver, before returning to Eastern Canada.