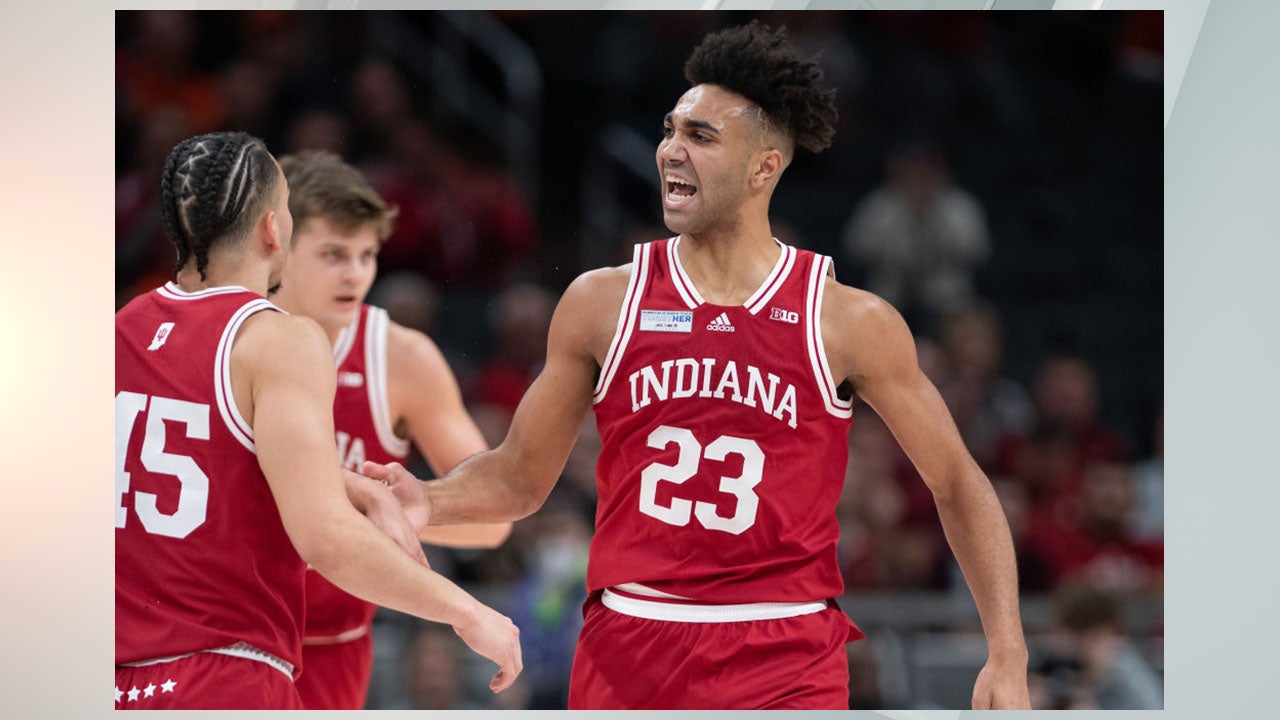 Jackson-Davis knocked down two free throws with 26.1 seconds left to put the Hoosiers ahead 64-63. The Illini had two possessions with a chance to take the lead, but Trent Frazier threw a bad pass and Andre Curbelo missed a layup.

Jackson-Davis then made the first of two free throws with 1.7 seconds to go. He missed the second, and time expired as players scrambled for the rebound.

Ninth-seeded Indiana (20-12) followed up Thursday’s win over last season’s regular-season conference champion, Michigan, by beating the defending tourney champ to reach the Big Ten semifinals for the first time since 2013.

Kofi Cockburn had 23 points and 10 rebounds for Illinois (22-9). Coleman Hawkins had 18 points and made four 3-pointers for the Fighting Ilini, who had a three-game winning streak snapped.

Xavier Thompson scored 13 points and Race Thompson had 10 for Indiana.

This was a drastically different game than the teams’ earlier meeting, a 17-point Illinois victory last month.

This time, Indiana’s defense held the Illini under control for long stretches and when Illinois went more than four minutes without scoring in the second half, Indiana responded with nine straight points to take a 47-42 lead with 12:28 to play.

Jackson-Davis’ second straight basket, a 15-footer, gave Indiana a 58-57 lead with 4:12 to go. Hawkins made two free throws to put the Illini back ahead, but all they could muster after that were four free throws from Cockburn.

Indiana: Coach Mike Woodson’s team came into this weekend still needing to do some work to make the 68-team NCAA Tournament field. It certainly accomplished that with Thursday’s 17-point, second-half comeback and Friday’s surprising win.

Illinois: This loss will likely damage the Illini’s seeding in the NCAA Tournament, but they won’t know until Sunday.

Illinois needed a strong showing this weekend to continue its ascension in the AP Top 25. This loss will be a setback.

Indiana: Faces either fourth-seeded Rutgers or No. 24 Iowa in Saturday’s first semifinal.