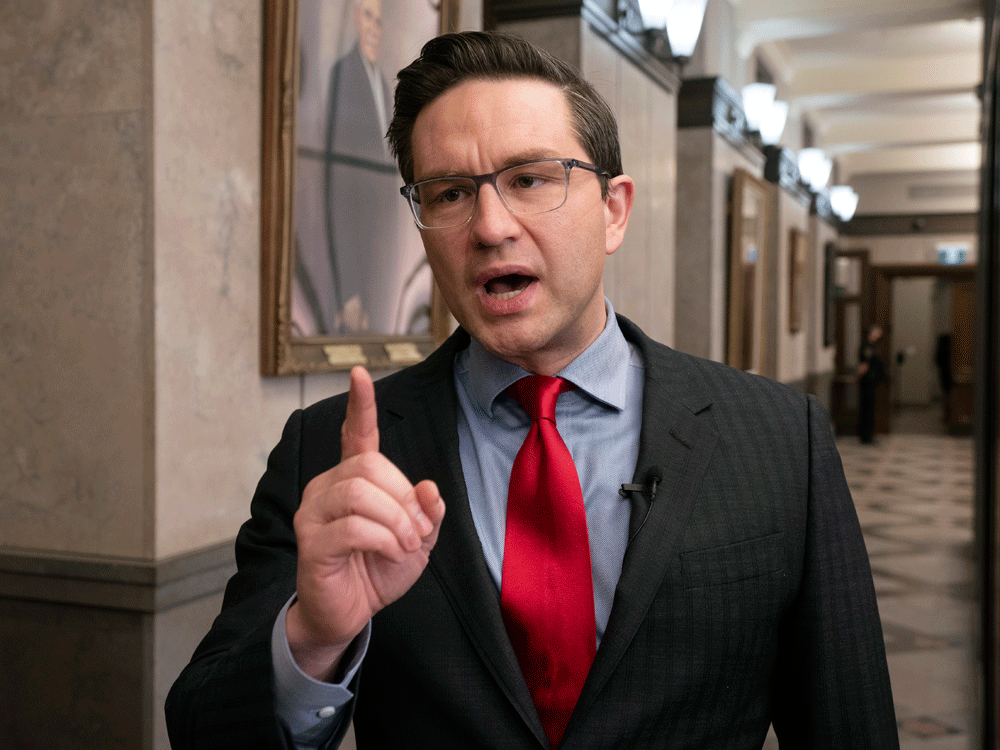 A new poll suggests that Conservative voters believe Pierre Poilievre would make the best leader of the Conservative Party of Canada.

The Leger poll found that 41 per cent of Conservative voters believe Poilievre would make the best leader. Jean Charest, who is set to launch his Conservative leadership campaign in Calgary on Thursday, is the second choice (10 per cent), followed by Peter MacKay (nine per cent), Patrick Brown (three per cent), and Leslyn Lewis (two per cent). Thirty-three per cent were undecided or preferred not to answer.

“At this stage of the game there is a lot of dynamic and potential for movement,” said Andrew Enns, executive vice-president at Leger’s Winnipeg office. “But, certainly right now Pierre Poilievre is the front-runner.”

The poll also found that Conservative voters believe Poilievre (41 per cent) would stand the best chance of winning against Prime Minister Justin Trudeau in the next election. Charest came in second again, with 14 per cent, followed by MacKay (10 per cent), Brown (four per cent), and Lewis (three per cent). Twenty-seven per cent were undecided or preferred not to answer.

Among all Canadian voters, 15 per cent believe Poilievre would make the best leader, followed by Charest (12 per cent), MacKay (10 per cent), Brown (three per cent), and Lewis (two per cent). Fifty-five per cent were undecided or preferred not to answer.

While Poilievre may be Conservative voters’ favourite, the poll found that most Canadians intend to vote for Trudeau no matter who the opposition leader is.

Whether these numbers change will depend on the Conservative leadership campaign, said Enns, particularly if any candidate and their ideas get positive media attention or start a debate.

When considering the ideal characteristics of the future party leader, 76 per cent of Conservative voters said keeping a balanced budget and avoiding deficits is the most important followed by defending national interest first (66 per cent), has political experience (66 per cent), and is born in Canada (61 per cent).

In terms of other characteristics, the majority of Conservative voters (52 per cent) expressed that it does not matter if the next leader is bilingual. On the topic of immigration, 42 per cent of voters said it is important that the next leader decreases the number of immigrants admitted to Canada.

This poll was conducted online between Mar. 4 and Mar. 6 and surveyed 1,591 Canadians 18 years of age or older eligible to vote. A comparable probability sample of 1,591 respondents would have a margin of error of plus or minus 2.5 per cent, 19 times out of 20.