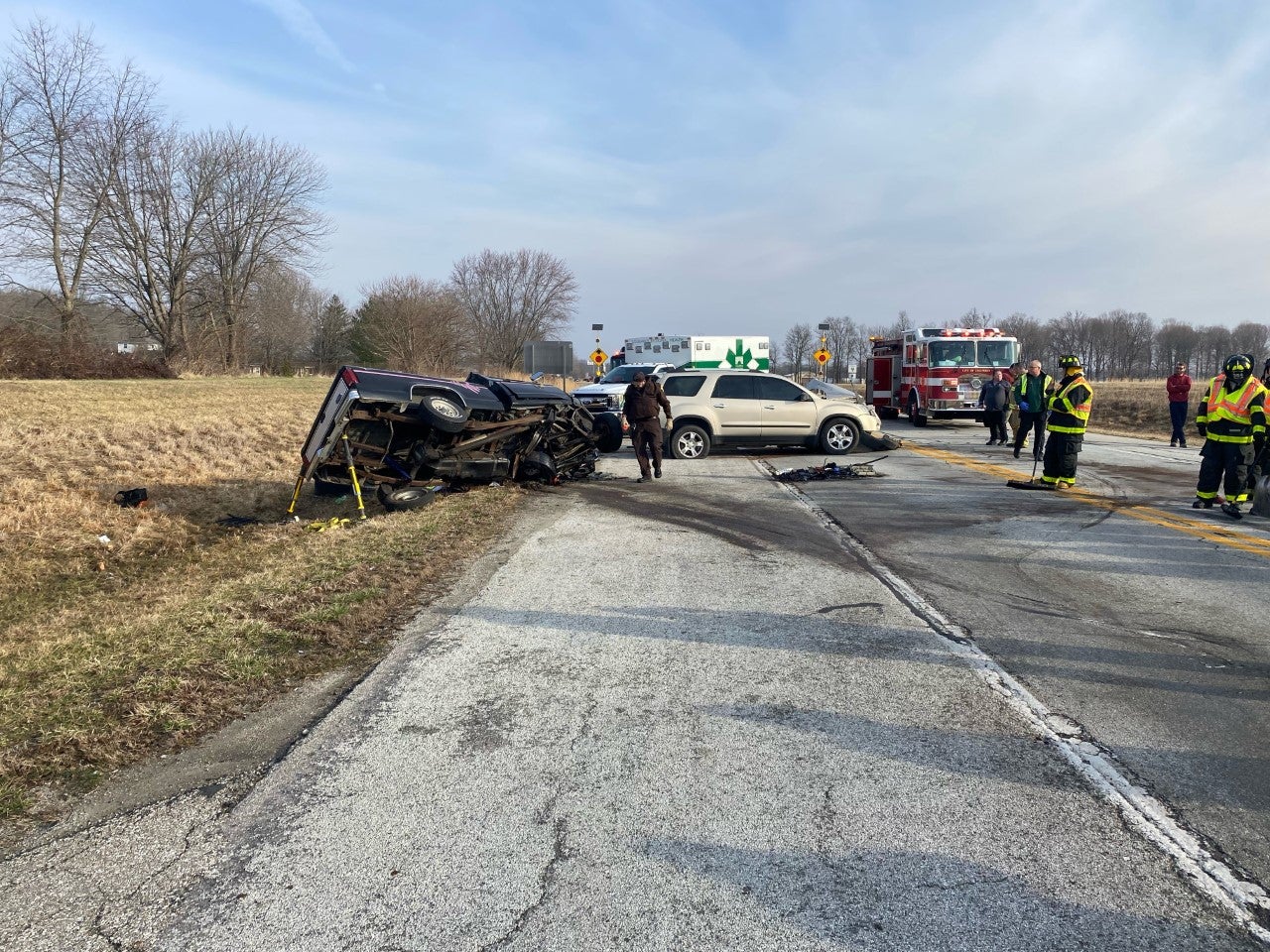 The crash was reported at 7:31 a.m. Thursday. Burton was found partially ejected from the vehicle and died from his injuries on the scene, said a news release from the Bartholomew County sheriff.

Witnesses told police that the crash involved a sport utility vehicle driven by Tammy Janes, 53, of Hope, and another SUV driven by Tracy Toddy, 32, also of Hope.

About 2 miles west of Columbus, Janes was traveling south on State Road 46 south of its intersection with State Road 9. Burton was operating a pickup truck behind Janes’ SUV.

Witnesses told police that Toddy was in the oncoming lane and crossed the centerline for an unknown reason. They say Toddy’s SUV hit Janes’ SUV on the driver’s-side rear bumper, and later hit Burton’s truck. The truck came to rest on its side and trapped Burton underneath.

Janes suffered no injuries, and Toddy was flown to IU Health Methodist Hospital in Indianapolis with unknown injuries, the release said.

Police have not complete their investigation.