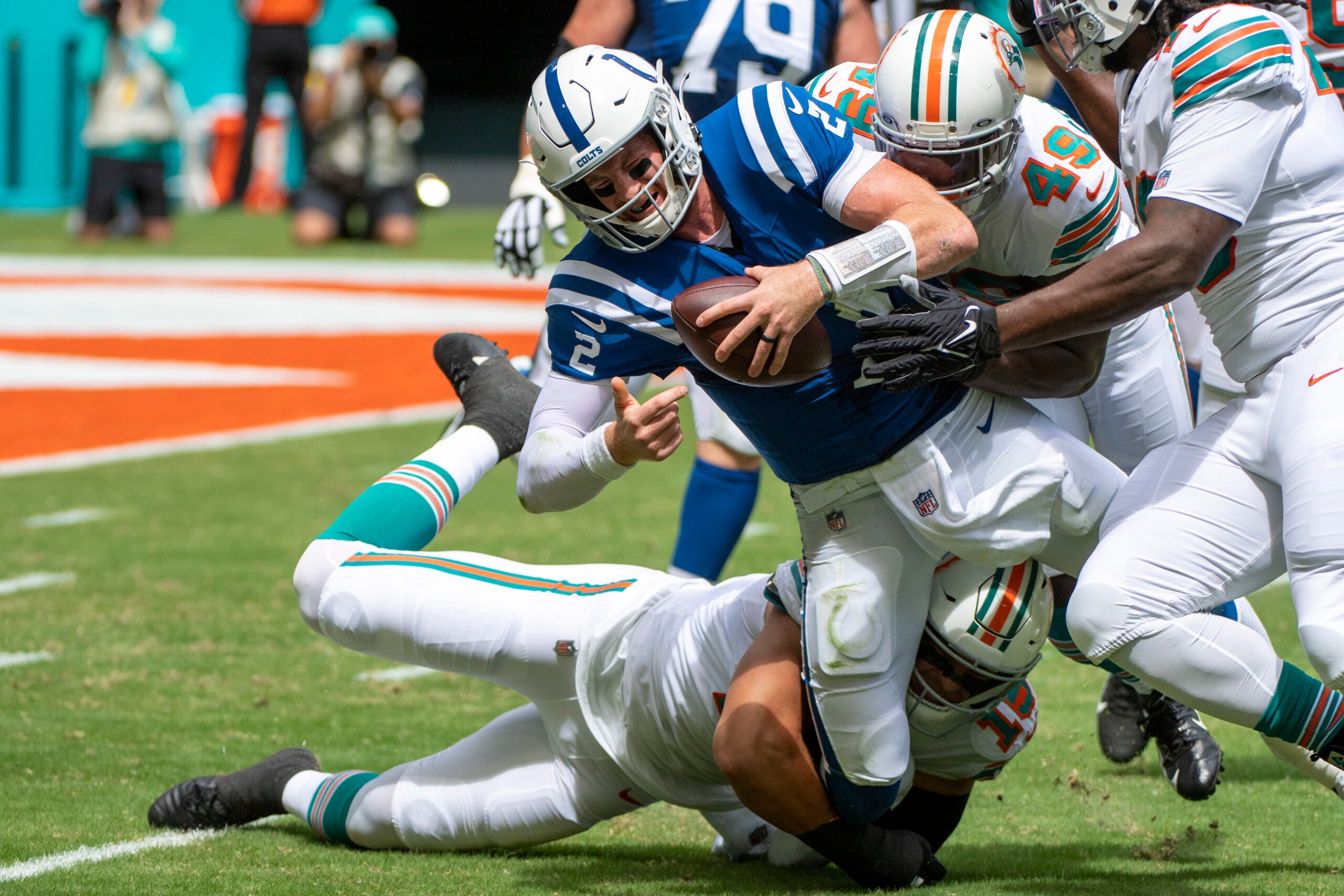 INDIANAPOLIS (WISH) — Indianapolis Colts quarterback Carson Wentz could be on the move.

According to ESPN’s Adam Schefter, the Colts are trading Wentz to the Washington Commanders.

Schefter says the Colts will give up a 2022 second-round pick in exchange for a trio of picks in the 2022 and 2023 NFL drafts. Other reports, including one from Sports Illustrated, say that Washington has agreed to pay Wentz’s full $28 million contract for the upcoming season.

The move would mark the third city for Wentz in as many years and the fifth quarterback for the Colts in five seasons.

“I think what it means is, the Colts go out, and I would think Jimmy Garoppolo is somebody they’ll take a look at,” Query said. “Do they have the draft capital to be able to make a trade for him? Probably so, but I think what we will see is, my gut tells me, that the starting quarterback for the Colts next year is not the guy that they see as a long-term guy, unless maybe it’s Garoppolo.”

Send your suggestions for future interviews to unphiltered@wishtv.com.