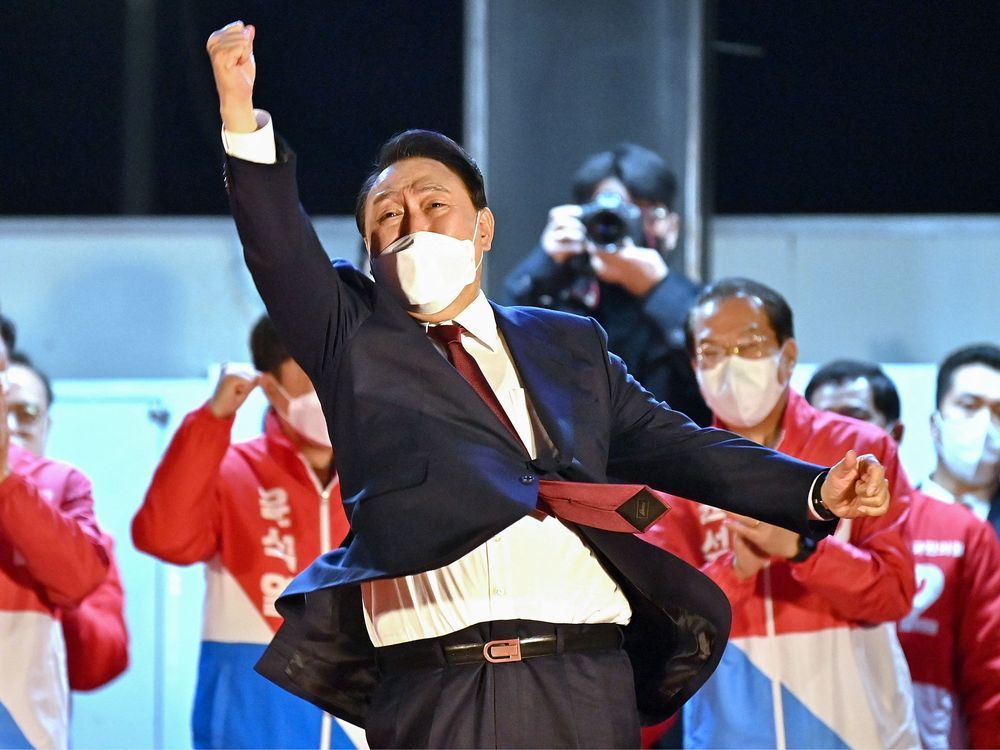 The internet was abuzz with pleas to immigrate to Canada after conservative candidate Yoon Suk-yeol, dubbed K-Trump, was elected the new president of South Korea on Thursday.

Wow. The conservative candidate won the presidential election and now “immigration to Canada” (캐나다 이민) is trending. Feels like 2016 all over again… (나도 캐나다 가고싶어요 ㅜㅜ)

The newly elected president led many Koreans to flood Twitter with almost 16,000 “immigration to Canada” tweets, making it a trending topic throughout the day.

Former top prosecutor Suk-yeol beat liberal ruling party candidate Lee Jae-myung by less than one per cent, making it one of the closest presidential elections in recent history.

Suk-yeol drew criticism throughout his campaign for making outlandish statements.

“Workers should be allowed to work 120 hours a week and then take a good rest,” said Suk-yeol, adding the system should allow for more flexibility for those who need to work longer hours during peak periods.

A month later, he stated that low-income individuals should have a choice of eating foods that don’t meet legal standards, as long as the food doesn’t kill them.

“Poor people should be allowed to choose food below (certain quality standards) to eat at lower prices … unless it makes you sick and die,” he said in an interview critiquing excessive food regulations in reference to Milton Friedman’s book, “Free to Choose: A Personal Statement.”

“He became the conservatives’ “icon” because he was “seen as the best person to beat the Democratic Party candidate, despite his lack of political leadership experience,” Stanford sociology professor Gi-Wook Shin told AFP.

“That does not bode well for Korean democracy as we may expect further polarization,” he added.

Congratulations, Yoon Suk-yeol, on your victory in South Korea’s presidential election. I look forward to working with you to deepen relations between our two countries, advance shared priorities, and address the challenges of today and tomorrow.https://t.co/ONFx38Bn19