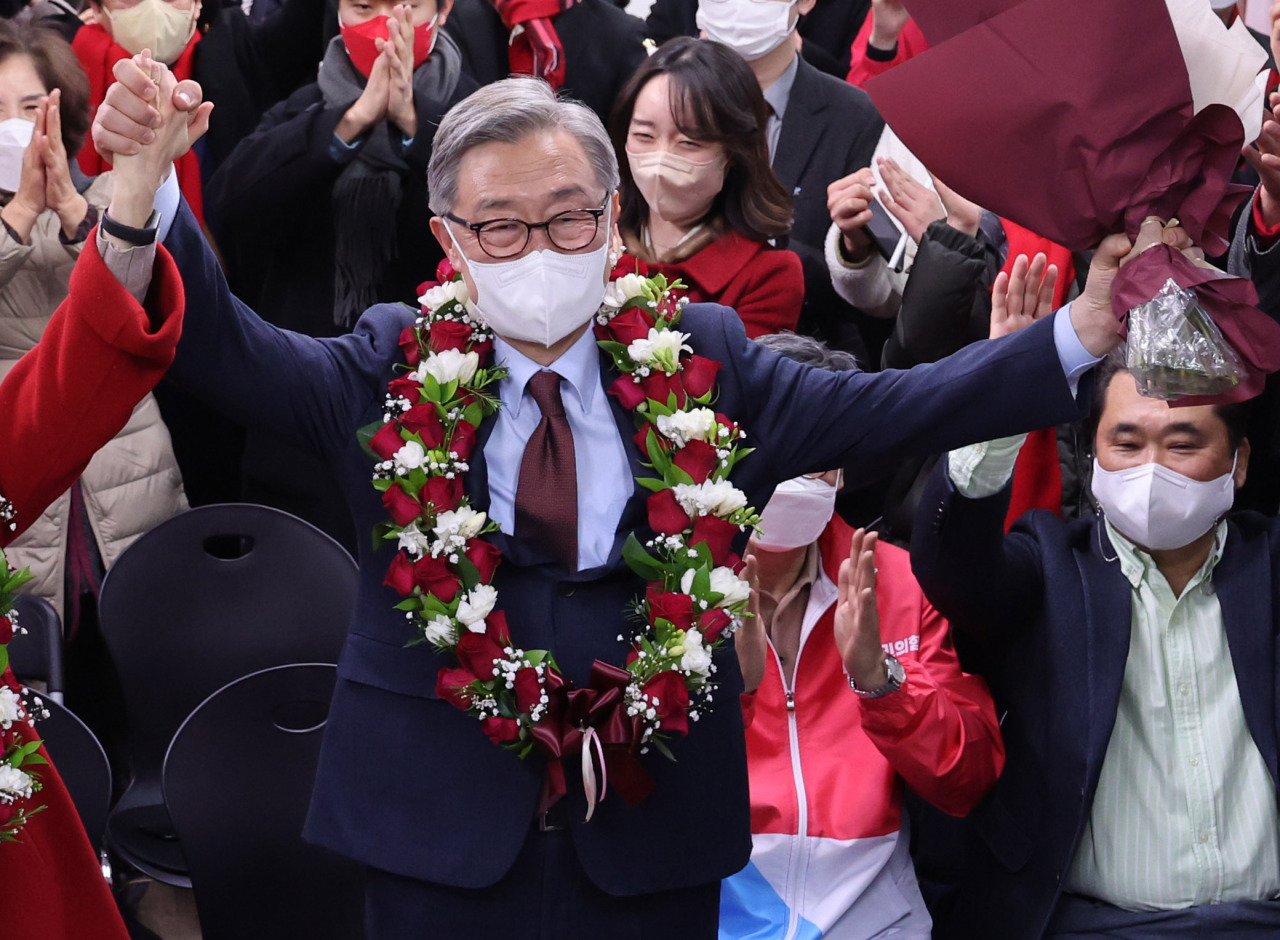 Former chief of the national audit agency Choe Jae-hyeong was among the winners of the March 9 elections, as he garnered over 50 percent of the vote in a legislative by-election held in central Seoul’s Jongno.

According to the National Election Commission on Thursday, Choe of the conservative opposition People Power Party had 52.09 percent of the vote and independent candidate Kim Young-jong, a three-term mayor of Jongno-gu, marked just 28.41 percent.

Choe was one of the contenders in the opposition’s presidential primary, which was eventually won by Yoon Suk-yeol, who was elected the country’s next president in Wednesday’s presidential election.

After his victory was certain, Choe vowed to put efforts toward supplement laws that will solve the difficulties of small business owners.

“Jongno has a nickname of the top politics avenue in South Korea. … Paradoxically, it is true that people’s livelihoods here have been neglected,” he said.

The former Board of Audit and Inspection Chairman resigned from the post in June last year after a feud with the current Moon Jae-in administration over a controversial audit regarding the economic feasibility of the Wolseong nuclear power plant.

His term starts Wednesday and ends in May 2024.