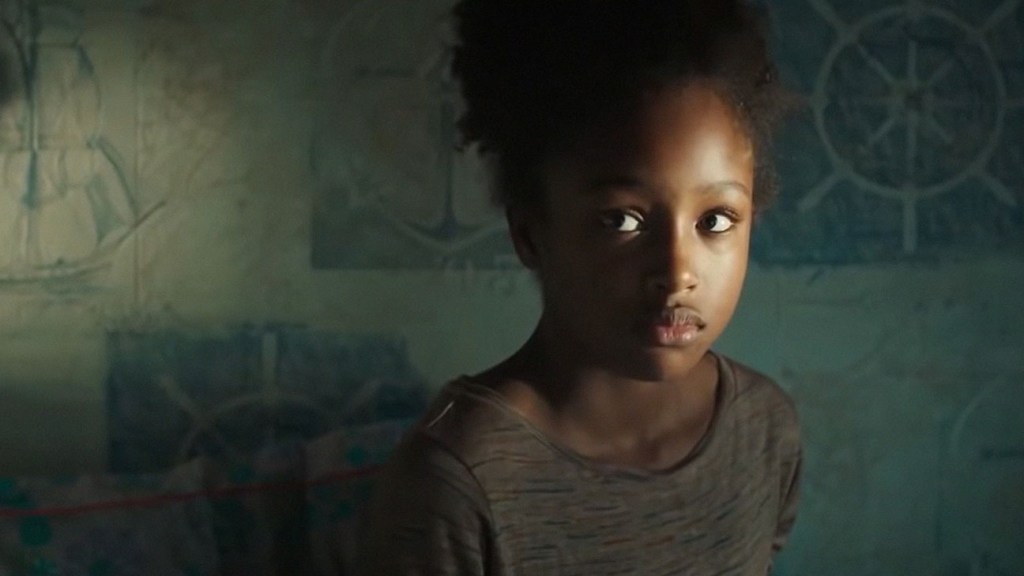 Netflix is asking a Texas federal judge to get “Spider” off its back. The streamer says Tyler County District Attorney Lucas Babin, a former actor best known for his role as “Spider” in School of Rock, is abusing his power and the court needs to intervene.

The fight stems from Netflix’s 2020 release of French film Cuties, a coming-of-age story about an 11-year-old Senegalese immigrant who joins a dance group. The movie, intended to criticize the hyper-sexualization of young girls, garnered widespread acclaim at Sundance but became controversial for showing sexualized dance moves. The controversy culminated in Babin charging Netflix for promoting child erotica (content that depicts children in a lewd manner, not to be mistaken for child pornography).

What has happened in the year-and-a-half that followed led to Netflix taking the rare step of seeking a federal court’s intervention to stop the prosecution. The streamer argues Babin is knowingly pursuing a losing case to harass it.

Netflix in October 2020 was originally charged for allegedly violating a state law that criminalizes the possession or promotion of visual materials that “depicts the lewd exhibition” of children — which the Texas Legislature dubbed “child erotica.” The state enacted the statute in 2017 to cover content that falls outside the scope of its child pornography laws.

The indictment, however, became no longer viable after a Texas appeals court in October 2021 found the statute unconstitutional under the First Amendment in an unrelated case.

The Texas First District Court of Appeals concluded that the law is too broad. A teenager who takes a lewd photo of themself, for example, could hypothetically be found in violation of the statute. So could anyone who even watched Cuties. The court pointed to Babin’s indictment against Netflix as one of the bases for its holding. “As currently written, the statute could apply not only to Netflix, but to those persons who viewed the offending visual material,” reads the court’s order.

After Babin refused to voluntarily dismiss the indictment, Netflix in November 2021 pursued a constitutional challenge to the child erotica statute through habeas relief, a filing in criminal cases that challenges the lawfulness of certain charges. Netflix emphasized in its petition that Babin never had probable cause to seek the indictment in the first place and had no hope of prevailing in the case even setting aside the statute’s First Amendment issues.

The argument lies in the obscenity standard created by the U.S. Supreme Court in Miller v. California as well as the statute itself. The high court found in that case that the First Amendment safeguards obscene material as long as it has “serious literary, artistic, political, or scientific value.”

Amy Sanders, an attorney and media law professor at the University of Texas at Austin, says it’s absurd to question the artistic value of Cuties when it’s been lauded for its timely exploration of how children are impacted by a highly sexualized and media-driven culture. She says, “The idea that there is no First Amendment protection for this kind of theatrical depiction of a major social issue is ridiculous.”

Netflix requested hearing dates in the state criminal case in November 2021 only for Babin to insist on a date in March 2022. The district attorney’s stated reason for pushing back the hearing was based on his reading of a Texas statute that requires 45-days’ notice to the Texas Attorney General before a court may enter a final judgment invalidating a state law on constitutional grounds. That would have pushed it to early 2022, but there were scheduling conflicts between the parties in January and February. (While the statute specifies a timeline for a decision, it does not explicitly preclude the court from hearing a habeas petition within 45 days.)

Just days before the hearing, Babin on Thursday blindsided Netflix with four new indictments. According to the streamer’s complaint, Babin used the extra four months to covertly convene a grand jury and charge Netflix, this time with violations of child pornography laws.

“Babin’s real purpose for seeking to delay hearing on Netflix’s habeas petition — and despite Texas Code of Criminal Procedure Article 11.15’s clear directive to issue such relief ‘without delay’ — was a purposeful effort to deprive Netflix of its day in court, and of its inevitable and favorable judgment that [the statute] is facially unconstitutional, and to chill Netflix’s (and the public’s) free speech rights,” reads Netflix’s filing.

Cynthia Alkon, professor of criminal law at Texas A&M University School of Law, believes this delay is problematic and could be used against Babin in determining whether he brought his second indictment in bad faith — a factor that could force a federal court’s hand in intervening in the case. Says Alkon, “Prosecutors’ broadest ethical obligation is to do justice, which should include procedural justice.”

Furthermore, the new indictment took issue with a scene in Cuties in which an adult woman briefly flashed her breast — a scene that Babin allegedly said he had no issue with during a meeting in October 2020 with attorneys for Netflix who were seeking to amicably resolve the case. Netflix’s lawsuits states, “Despite previously telling Netflix that the First Indictment was not issued as a result of that scene, and despite refusing Netflix’s offer on October 9 to show that the actress in that scene was, in fact, an adult at the time, one of Babin’s New Indictments is based on facts that Babin knew or should have known were manifestly untrue.”

Sanders says the “bait and switch prosecution” supports Netflix’s request for a federal court to intervene. “Netflix tried to address the issues that form the basis of second indictment when they had a meeting with Babin and was told that it wasn’t a problem,” she says. “When you have this sort of kitchen sink approach to prosecuting a defendant, you can’t help but wonder if someone is abusing their position.”

The other three indictments against Netflix hinge on a charge that it knowingly promoted content with sexual conduct by minors, which is defined under Texas law as sexual contact, sexual intercourse or “the lewd exhibition of the genitals, the anus, or any portion of the female breast below the top of the areola.”

Netflix argues that it’s plainly obvious that none of the footage in Cuties can be considered as showing sexual conduct by children. The only scene in which there’s nudity involves the fleeting sight of that one woman’s breast, but the actor was over 18 when it was filmed.

Doug Mirell, a partner at Greenberg Glusker who has represented high profile entertainment industry clients in First Amendment cases, thinks Netflix should consider pursuing sanctions against Babin for knowingly pursuing a losing case. “It sure seems like a baseless lawsuit,” says Mirrell. “Unless you have a good faith reason for believing that there is a violation of the statue, or you’ve got a good faith basis for seeking to want to interpret the statute in such a way that this conduct would be covered, that’s kind of the classic definition of what ought to be sanctioned.”

Netflix also emphasizes that Babin has already tacitly acknowledged that there’s no sexual conduct by minors in Cuties because he issued his original indictment charging Netflix with distributing child erotica.

Taken altogether, legal observers consulted by The Hollywood Reporter say Netflix has a compelling case in support of its bid for a federal court to issue an injunction against Babin that would stop him from pursuing the pending indictments or seek any further charges related to Cuties in the future.

Federal courts have historically been reticent to infringe on the authority of state prosecutors, who have broad discretionary powers to pursue cases of their choosing. There are circumstances, however, in which a federal court can block criminal indictments from state officials.

Such intervention is generally reserved for situations where prosecutors acted in bad faith. This includes conduct meant to retaliate against constitutionally protected activities — like the distribution of content that some may find objectionable but is covered by the First Amendment.

“Babin has grossly abused his prosecutorial discretion and the State’s resources to wage an abusive and vexatious campaign against Netflix in violation of the United States Constitution, the rule of law, and in patent bad faith,” the streamer’s complaint reads. “Netflix therefore seeks a temporary restraining order and preliminary and permanent injunctive relief against the only prosecutor in America who seems to need that kind of constraint on his prosecutorial discretion.”

In a hearing on Friday, both sides agreed to pause the criminal case in state court and set a hearing on June 14 for the federal court to consider issuing a permanent injunction against Babin’s office, which did not respond to requests for comment.

Levin explains that Babin’s insistence on prosecuting Netflix may be the rare case where a federal court is forced to intervene. “There’s no way to prosecute this case that’s appropriate,” he says. “They can try as many times as they want to keep shifting legal theories, but at the core, it’s a rotten case and shouldn’t be brought.”

Looming behind the dispute is Babin’s bid this year to be re-elected district attorney, prompting speculation that he may be pursuing the case to curry favor within his county, nearly 85 percent of which voted Republican in the last presidential elections according to data from the Federal Election Commission, and possibly seek higher office.

Conservative circles have rallied behind criticism of the movie for sexualizing and exploiting children. Babin’s father, Texas Congressman Brian Babin, U.S. Sen. Ted Cruz (R-TX) and a group of more than 30 House Republicans have called on the Justice Department to prosecute Netflix. This and other calls by conservatives to investigate the making of the movie prompted Netflix to apologize for inappropriately sexualizing actresses in marketing materials.

“This case is designed to draw attention to a small county prosecutor who otherwise likely wouldn’t make the news,” Sanders says. “It has a real cinematic quality to it if you want to play it as a David versus Goliath scenario. You have big bad Netflix being taken on by this small-time prosecutor who says he’s looking out for the best interest of the community. It’s outlandish.”