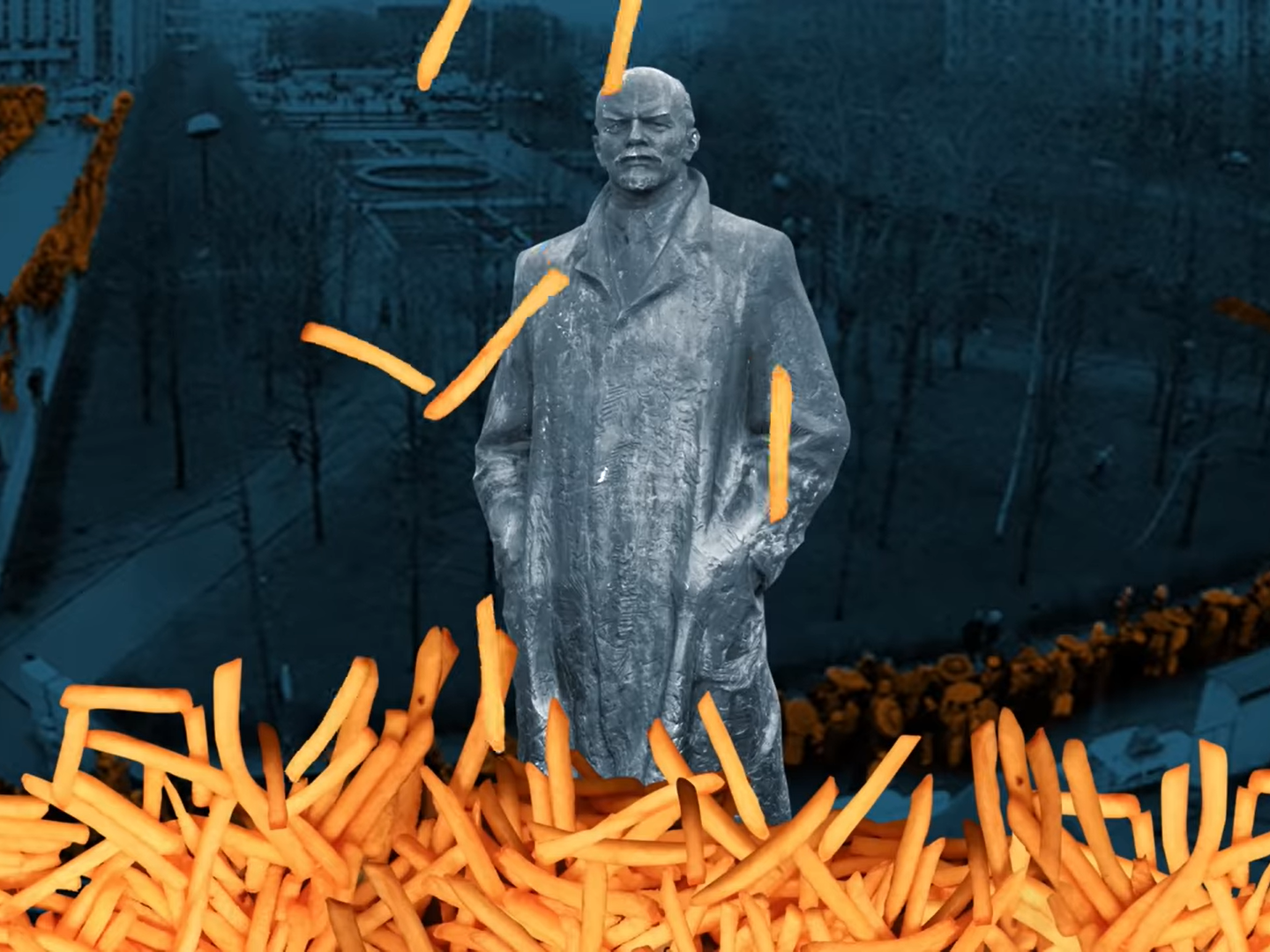 On Tuesday, McDonald’s announced that it would be temporarily closing all 847 of its locations in Russia. While crushing sanctions on the country have severely limited the fast food giant’s ability to operate effectively, in a statement McDonald’s said the closures were made in direct protest to the Russian invasion of Ukraine. “Our values mean we cannot ignore the needless human suffering unfolding in Ukraine,” said McDonald’s CEO Chris Kempczinski.

The story of how McDonald’s first came to Russia 32 years ago is far more compelling than the usual tale of a multinational brand expanding into a new market. It’s a Cold War thriller involving grand dreams and geopolitical intrigue — and it stars a cast of Canadians. Watch the Maker Nation video or read the transcript below to learn how Canada used cheap hamburgers to smash communism.

Hey here’s something that Canadians didn’t invent. The zipper. Yes, the zipper is on virtually every list of “Canadian inventions,” but the zippers (or “separable fastener”) was invented by Gideon Sundback, a Swede living in Pennsylvania. How did we possibly think we could take credit for that?

Well, Sundback set up the first dedicated zipper factory in St. Catharines, Ont., so all Canada can really lay claim to is being the place where the actual zipper inventor outsourced his manufacturing. It would be like if China suddenly started claiming to have invented the iPhone.

But here’s something Canada did invent: Serving McDonald’s to communists.

Remember the first Moscow McDonald’s? It was the first fast food restaurant to open its doors in the Soviet Union. On its opening day in 1990, more than 30,000 people lined up for as long as six hours in the middle of a Moscow January to get inside. And, of course, Russians loved the unbridled freedom of fast food so much that they immediately tore down communism a few months later … or something like that.

The whole thing was the doing of George Cohon, the Toronto-based head of McDonald’s Canada. It started with a meeting between Cohon and Soviet officials at the 1976 Montreal Olympics, and it began a 14-year odyssey of trying to sell Big Macs behind the Iron Curtain.

The Soviet Union was a country that had a 10-year waiting list just to buy a car. The Soviet food system was such an unreliable disaster that McDonald’s had to set up their own supply chains, including contracts with farms, and a dedicated food processing plant in the Moscow suburbs.

And Cohon didn’t exactly have the backing of his board of directors in doing this; he had McDonald’s Canada to run. It started becoming disconcerting that he was constantly disappearing to Russia on a harebrained scheme to bring fast food to the Evil Empire.

Cohon’s plan seems particularly nutty when you remember that McDonald’s was a luxury item in the Soviet Union. At roughly eight rubles for a meal, it was half a day’s wages for the average Soviet worker.

But while this may seem strange to any of us who treat McDonald’s mainly as a place to shamefully buy drunk food, the Moscow McDonald’s was a glittering embassy to the humble dignity of Western life.

The lights were bright. The bathrooms were clean. Food never ran out. And one of the weirdest things for Russians was how the staff were trained to constantly smile and be courteous. Many older Russians initially thought they were being mocked.

Cohon’s gambit paid off hugely. The McDonald’s became a major Moscow landmark, and its opening is now seen as a key milestone in the end of the Cold War.

So sure, Americans may have invented the idea of selling billions of cheap hamburgers, but it was Canadians who used those hamburgers to smash communism.