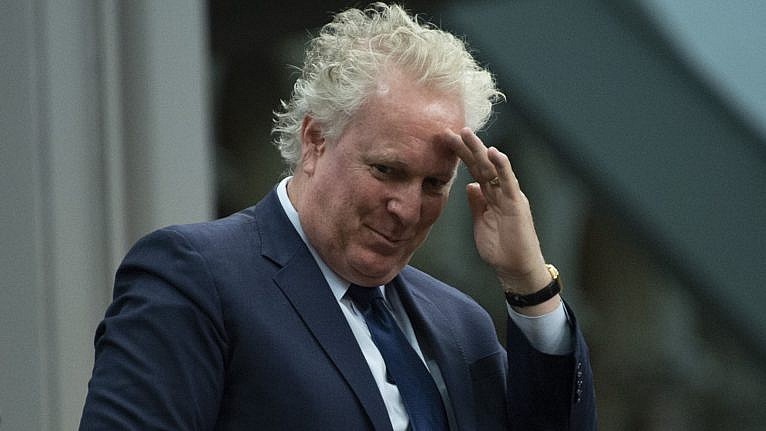 Philippe J. Fournier: Charest may need to recruit as many as 100,000 new members—or 1,000 per day—to stand any chance in the leadership race

Throughout his political career, Jean Charest was never known to shy away from challenges: From taking over the reins of the decimated federal Progressive Conservatives after the 1993 near-wipeout, to acting as one of the main faces of the “No” camp in the 1995 Quebec referendum, to reluctantly leaving federal politics to face off against then-highly popular Quebec premier Lucien Bouchard in the 1998 Quebec general election. (Charest lost that election, but won the popular vote. We learned later on that it had put a serious dent in Bouchard’s motivation to push Quebec towards a third referendum on secession.)

And yet, the 2022 CPC leadership race could very well be the most challenging task of his career. It could also be an impossible task.

A new poll from Abacus Data shows early glimpses of the colossal undertaking ahead for Charest. Abacus was in the field in late February asking its panel about positive and negative impressions of CPC leadership hopefuls. Among the general electorate, Charest has similar country-wide numbers as leadership favourite Pierre Poilievre: 16 per cent hold a positive impression of Charest (to Poilievre’s 15 per cent) and both candidates have 21 per cent of negative impression. Jean Charest has marginally higher notoriety than Poilievre.

It is worth noting that Charest’s negative impressions are heavily concentrated in Quebec. His years in power at the National Assembly and his decade-long fight against the province’s sovereigntist parties has definitely left a mark on wide segments of the Quebec electorate. Therefore, while the CPC has tried on several occasions to appeal to Bloc Québécois voters in recent cycles (and mostly failed), the chances that it succeeds in doing so with Charest as leader are slim. Nonetheless, Poilievre’s Quebec numbers are nothing to gloat about: only 8 per cent of positive impressions against 27 per cent negative.

Charest and Poilievre hold similar positive/negative numbers in Atlantic Canada and Ontario, but Poilievre has a significant higher notoriety than Charest in the West. In fact, Poilievre has both higher positives and higher negatives than Charest west of the Ontario-Manitoba border (see poll details and analysis from Abacus Data CEO David Coletto here).

Although these numbers aren’t without interest, they do not tell us much—neither about the potential outcome of the leadership race nor about the current landscape within the CPC, as it is not the general electorate that will cast votes for the leadership, but CPC members. While a poll exclusively of CPC members has not yet been made public, Abacus did isolate results from CPC supporters out of its national sample.

As you can see below, Poilievre jumps ahead of the pack by a significant margin:

Among CPC supporters, Poilievre holds a net plus-22 (33 per cent positive, 11 per cent negative), compared to a minus-3 for Jean Charest (17 per cent positive, 20 per cent negative). And although one can assume that Charest’s negatives are once again concentrated in Quebec, support for the CPC in Quebec still lingers under the 20 per cent mark in current polling averages, so it most likely does not weigh heavily in the balance.

New polling from Léger this morning points in the same general direction as Abacus. To the question: “Which of the following people would be the best leader for the Conservative Party of Canada?”, Poilievre and Charest are neck and neck among all voters. But Poilievre takes a massive four-to-one lead over Charest among CPC voters:

Jean Charest is the preferred candidate of only 10 per cent of CPC voters in this sample, statistically tied with Peter MacKay (who has not announced his candidacy). Patrick Brown gets 3 per cent and Leslyn Lewis, 2 per cent.

Again, this does not necessarily depict the actual landscape of where CPC members stand on the leadership, but it does give us a rough idea of the magnitude of the vector pointing from the general electorate to CPC supporters to CPC members. By taking into account the number of voting members in the 2017 and 2020 CPC races, we estimate that Charest and his team must recruit somewhere between 80,000 to 100,000 new members committed to support his candidacy in this race (in addition to convincing several current members to join him). Otherwise, there are simply no realistic scenarios where Charest comes out ahead of Poilievre.

Since the deadline to sign up new members has been set for June 3, it means Charest must recruit about one thousand new members per day, everyday, until then.

Even more daunting for Charest is the fact that Haldimand-Norfolk MP Leslyn Lewis has also joined the race. Lewis had over-performed expectations in the 2020 leadership race, finishing in a strong third place behind eventual winner Erin O’Toole and Peter Mackay. Lewis’ supporters overwhelmingly come from the social conservative wing of the CPC and, as such, would be much less likely to support Jean Charest in a second or third ballot, should it even get that far. It is no secret that social conservatives in the CPC stand much closer to the populist wing than the progressive wing of the party.

So, does Charest stand even a chance? While his mere presence in this race could make the leadership campaign more compelling for many political observers, early data suggests this appears to be an insurmountable task. His main appeal to CPC members will most likely focus on electability, that he stands a better chance of beating Justin Trudeau in a general election than does Poilievre. A first poll from Léger comparing voting intentions with either Charest or Poilievre as CPC leader actually shows both candidates on near-identical levels nationally:

Considering the poll’s uncertainty, the only statistically significant difference between the two sets of numbers is the PPC support: it balloons to 7 per cent with Charest as CPC leader, and falls to 3 per cent if Poilievre leads the CPC. (As IRPP/Policy Options editor-in-chief Les Perreaux noted on Twitter: “[Charest] has been barely visible for 10 years and is nearly tied with the frontrunner.”) Yet, if Charest wants to sell his own electability, this first poll will probably not cut it.

The available data thus far shows that Charest’s odds of winning the leadership are extremely long. While it was never a wise idea to bet against Jean Charest during his past political career, we shall see soon whether he can beat those near-impossible odds.