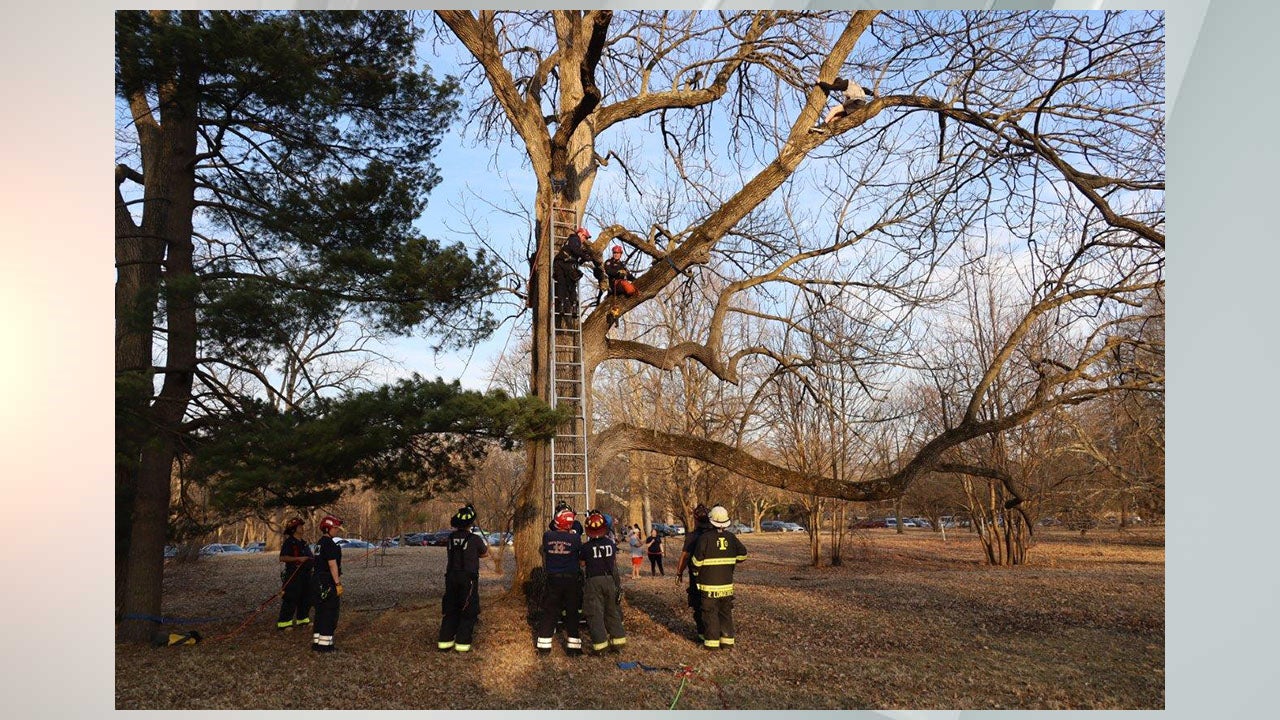 INDIANAPOLIS (WISH) — During a Saturday visit to Holliday Park, “Owen” saw a cat in a tree and, as he told firefighters, decided to do a good deed.

Then a rope rescue crew with Indianapolis Fire Department had to come retrieve “Owen,” the only name given for the boy in a news release issued Saturday night.

Rita Reith, battalion chief and spokesperson for the department, shared in the release, “While Owen had no trouble climbing up the tree – his positioning did not allow the same ease for getting down.”

“The cat seemed to enjoy the commotion but made no effort to climb down the tree,” the release added.

Crews were called just after 4:30 p.m. Saturday to the north-side park at 6363 Spring Mill Road. The boy was safely back on the ground just after 6:35 p.m.

The release said, “Crews were unable to simply utilize an aerial ladder due to the ground being too soft to hold the weight of the truck without it getting stuck.”