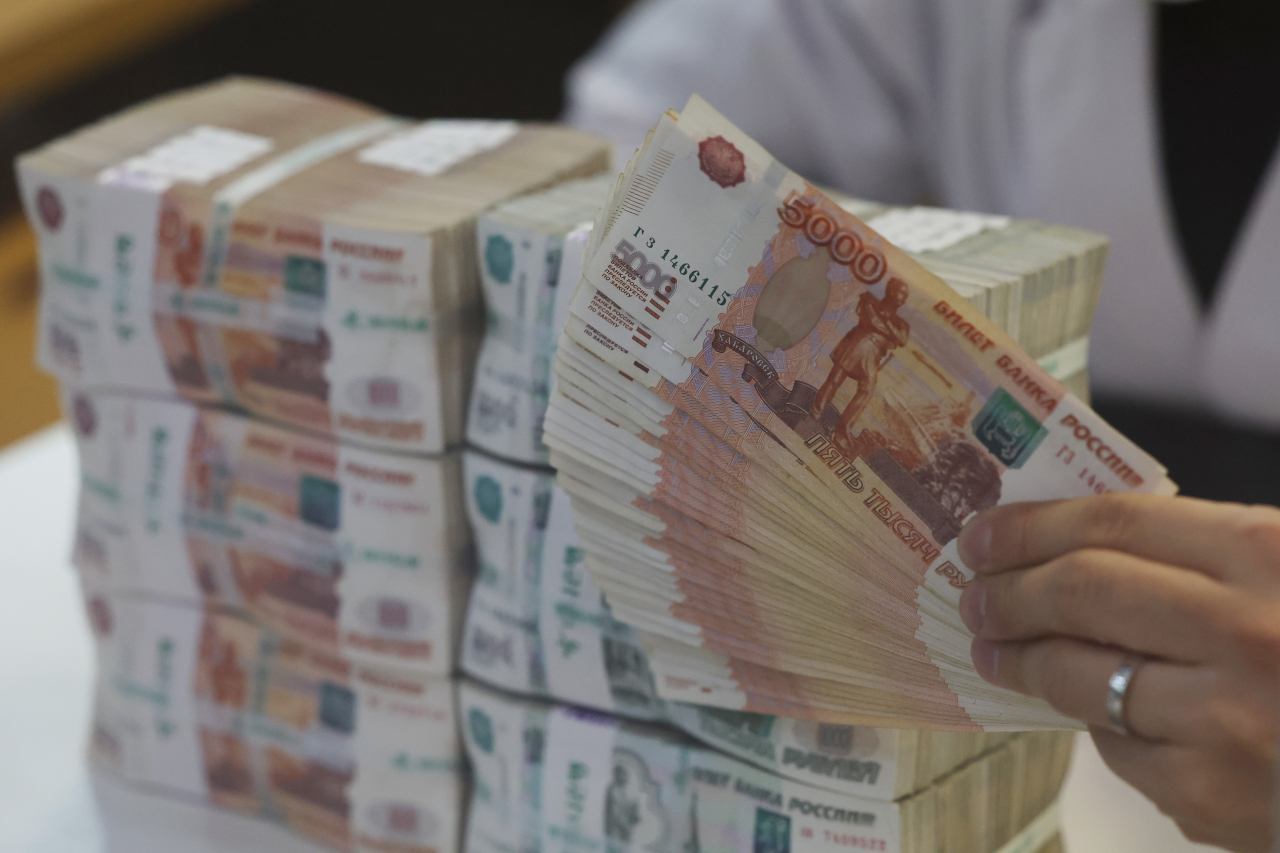 South Korean retail investors have been on a buying spree of Russia-related exchange-traded funds amid growing tensions between Russia and Ukraine, data showed Sunday.

Analysts say that retail investors are hoping for a rebound in Russian stocks once the situation surrounding the Russia-Ukraine war calms down, but warned that the current volatility could be costly for them.

Retail investors bought over a net 70 billion won ($57.4 million) worth of Russia-related ETFs sold both locally and overseas from Feb. 21 to Friday, when the conflict between Russia and Ukraine elevated to the next level. Russia began a full-scale invasion of Ukraine on Feb. 24.

The product was the most popular ETF among local retail investors on Feb. 25, a day after the news of Russia’s invasion of Ukraine spread nationwide. They bought a net 18.3 billion won in the product on Feb. 25 alone.

But the value of the ETF plummeted some 66.57 percent in the cited period, with the disparate ratio — the difference between the funds’ market value and the net asset value underlying them — soared to an excessive ratio of over 30 percent. The KRX recommends a disparate ratio below 6 percent for ETFs tracking overseas indexes.

Noticing the growing risks, the KRX has decided to indefinitely suspend all trading of KINDEX Russia MSCI from Monday, with its seller and local asset manager Korea Investment Management warning investors that the product could even be delisted here.

But investors have been going beyond the product sold locally and purchasing ETFs offered overseas. They bought $19.5 million in VanEck Russia ETF, $13.9 million worth of Ishares MSCI Russia ETF and $4.8 million in Direxion Daily Russia Bull 2X ETF in the cited two-week period, data from Korea Securities Depository showed. The values of the ETFs all fell around 80 percent in the cited period.

“Russia-focused ETFs are inappropriate investments at the moment, with the growing bans on foreigners purchasing Russian stocks and the increasing woes surrounding delisting on their stock market,” Yoon Jae-hong, an analyst at Mirae Asset Securities said.

“The plummeting stocks have attracted investors seeking short-term rebounds, but with increased disparate ratios. There is a chance that that the losses surrounding the investments in leveraged West Texas Intermediate crude oil futures exchange-traded notes in 2020 could be repeated,” he added.

Russia’s stock-market is likely to remain closed to trading until at least next Wednesday, and has been closed so far for a fifth straight trading day, the longest streak since 1998. The ruble, meanwhile, ended the week down more than 20 percent against the dollar and euro on Friday.

Meanwhile, Korean asset managers have recently started suspending the issue and redemption of shares on their Russia-exposed funds as well, as the US and its allies continued to ramp up economic sanctions against Moscow.