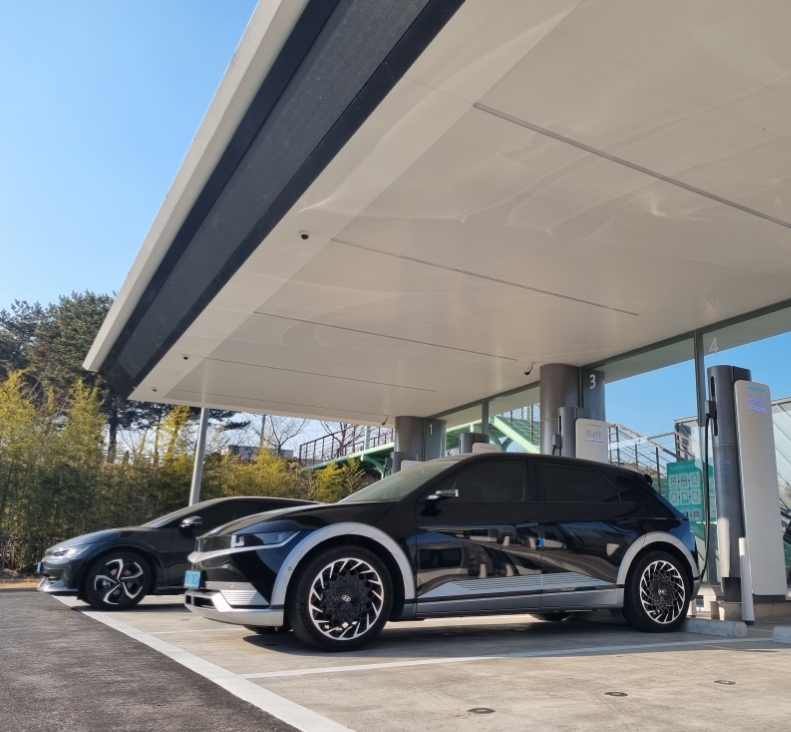 The number of newly registered electric taxis has surged to some 5,000 last year, as more taxi drivers are increasingly opting for EVs with better driving range.

According to the Korea Automobile Manufacturers Association on Sunday, a total of 4,991 EV taxis were registered last year, which is a 453.9 percent jump from a year ago.

The business lobby cited increased awareness of environment-friendly vehicles and enhanced functions of the latest EVs, especially their longer driving range, as the key reasons behind a recent surge in EV taxis.

Taxis are usually driven for an average of 300 kilometers a day here, a driving distance that most EVs nowadays can live up to. For instance, Hyundai Motor’s Ioniq 5 and Kia Motors’ EV 6, both released last year, can drive 342 kilometers and 362 kilometers, respectively, once fully charged.

The government offers an additional 2 million won ($1,642) subsidy for electric taxis, considering their environment benefits compared to other passenger vehicles.

“With the release of Ionic 5 and EV6, the overall driving distance of EVs has a lot improved. The government is also actively promoting the transition of public transportation into electric ones,” said an official from KAMA. “As awareness of electric vehicles improves, taxis are expected to switch to electric vehicles faster. Reduced maintenance costs, including subsidies, are also driving up the number of EV taxis here.”