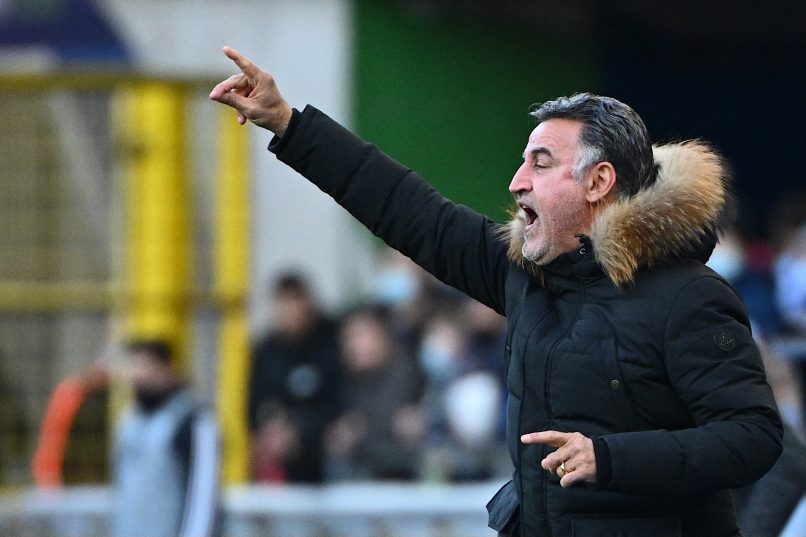 Last year’s title-winning coach also pointed out the difference in the threat posed by the opponents in the absence of Kylian Mbappé, who missed tonight’s match through suspension.

“We created two or three favourable opportunities at the start of the match and then it was more balanced. They’re a team that make you put in a lot of energy. But it wasn’t like the last two games against Paris. I think we showed more courage in bringing out the ball, more drive going forward as well, even if we had some technical clumsiness. We sat too deep in the second half even though in Mbappé’s absence I wanted the block to be higher up.”

“It’s a great team win, from those who started to those who finished the game off well. You had the freshness and technical quality of Stengs, who brought fresh legs and the quality of his left foot. And then Delort with the perfect move. To beat Paris, everyone needs to be on the same wavelength. We still have to play Montpellier, Marseille and Rennes, we’ll see where we are after those games. But we’ve taken four points off Paris, it makes up for the points we stupidly dropped here and there. You have Verratti, Neymar, Di María, Messi in front… they’re accompanied by other players, but there’s a PSG with Kylian and another one without Kylian.”