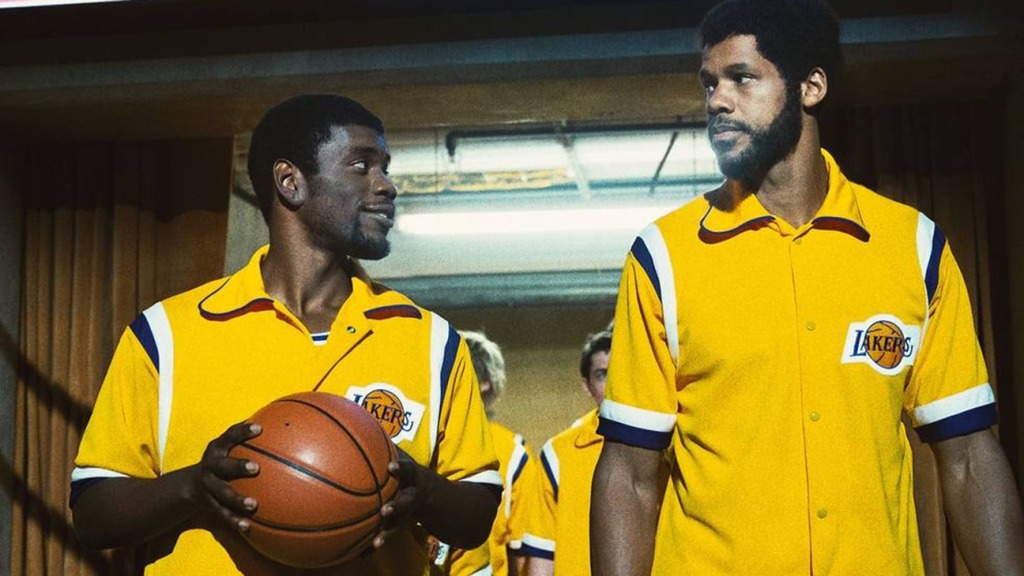 NBA fans can get the story behind the court in Winning Time: The Rise of the Lakers Dynasty, a new HBO series that chronicles the Los Angeles basketball team’s reign on and off the court during the 1980s.

Showrunner Max Borenstein told The Hollywood Reporter at the series’ world premiere, “We’re trying to tell the story of a whole constellation of characters and real people who were involved. We didn’t want to pigeonhole ourselves by focusing on any single perspective. It was really important to us to have that balanced view.”

Hughes, a former university professor, added, “I played college and a few years of professional ball, so I’ve been in some training camps, and I’ve seen brutal training regimens, and this was as brutal as those, for sure.”

Isaiah, who played basketball in his youth, also told THR that he used filming delays during the pandemic to dive deep into learning more about his real-life character, who he has yet to meet, but hopes will watch the show. “I just didn’t want to get too hung up on it and psych myself out,” he explained of the potential to meet Johnson. “Because this thing that we do [as actors] is a mind game, and the slightest thing can throw off your rhythm.”

“I just know what we put into it, the respect and the admiration that we have, and I just hope that that comes across,” he said the premiere, which was held at downtown Los Angeles’ Ace theatre. “It’s about 1979 and a rookie at 20 years old moving from Michigan to L.A. I hope that people understand that and that who we’re talking about in the show isn’t the man he is today.”

The first episode of Winning Time premieres Sunday, March 6 at 9 p.m. ET/6 p.m. PT on HBO. Subsequent episodes air weekly on the same day and time. The finale will air on May 8.

How to Watch Winning Time on Cable and Online

Lakers fans can watch Winning Time on the HBO channel through cable or stream it exclusively on HBO Max. Cable subscribers can watch online by logging into HBO’s website using their TV provider credentials.

For those without a cable account, HBO Max costs $10 per month for the ad-based plan or $15 monthly for the ad-free package. The on-demand video streaming service’s annual plans cost $100 or $150 per year, respectively, allowing subscribers to save 16 percent off their subscription.

Both of HBO Max’s plans let subscribers watch hundreds of TV shows and movies in HD (including exclusive content such as Euphoria, And Just Like That and the Harry Potter reunion special), but only the ad-free option allows users to download content for offline viewing, watch select films in 4K HD and see Warner Bros. films on the same day as their theatrical release.

If you want to watch Winning Time for free, new subscribers can sign up for Hulu’s free seven-day trial, which includes HBO Max. After the first week, the subscription costs $7 for the base Hulu plan and $15 for the HBO Max add-on.

How to Watch Winning Time without Cable

If you want to watch the series on TV, you can do so with any traditional cable subscription that includes HBO. You can also watch Euphoria on your TV by accessing HBO Max’s app in Apple TV, Amazon Fire TV, Chromecast with Google TV, Roku and other streaming devices.

If you prefer to cut the cord, you can watch Winning Time on live TV streaming services that offer the HBO channel, such as Amazon Prime Video ($15 monthly plus the cost of Prime membership) and Hulu with Live TV ($70 and up per month).