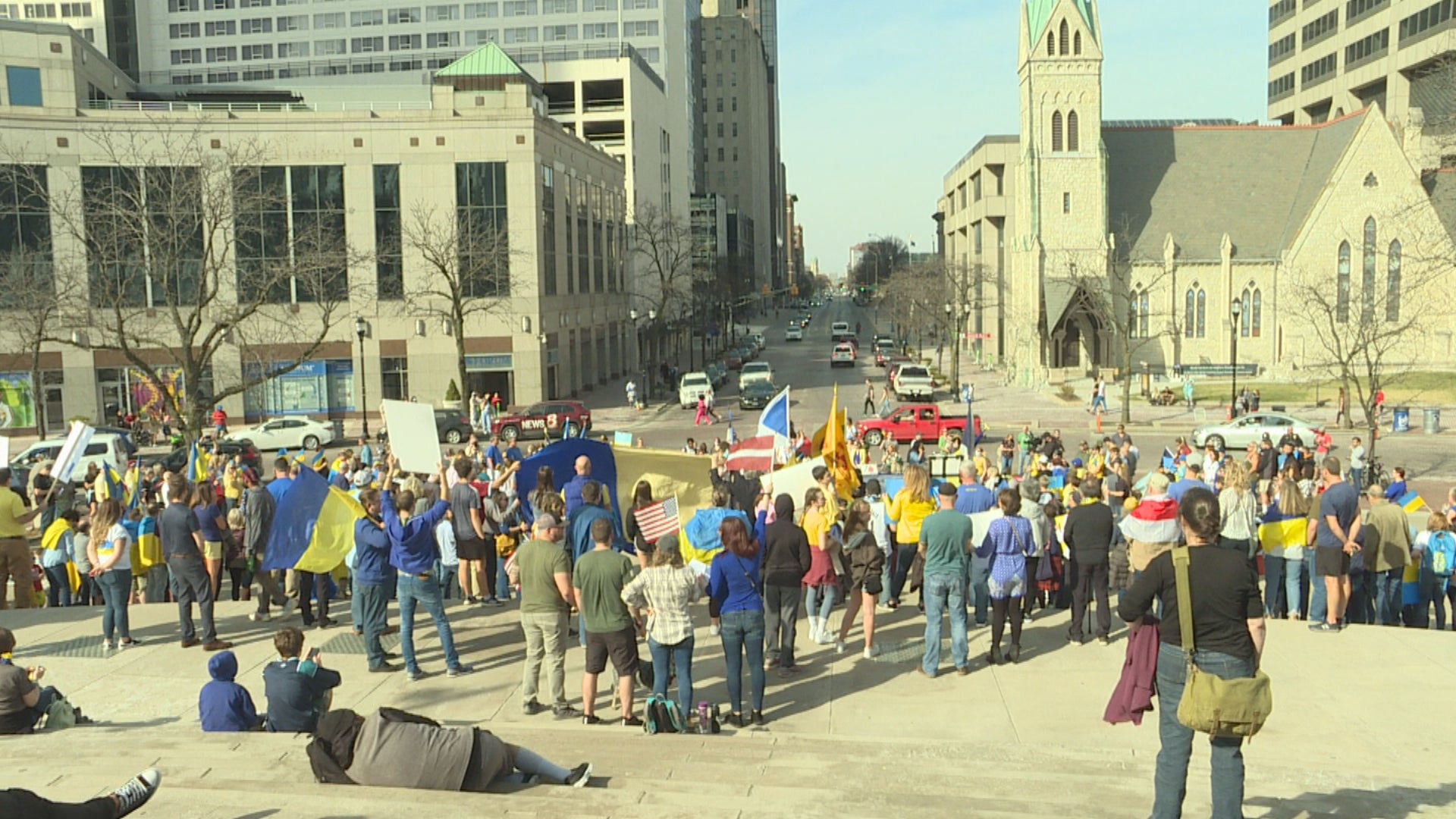 INDIANAPOLIS (WISH) — For the second Saturday in a row, Monument Circle was filled with people supporting Ukraine on the 10th day of Russia’s invasion.

Rally organizer Anya Aslanova, of Indianapolis, said, “It doesn’t matter, whether you’re a Republican, Democrat, Ukrainian, Russian, Armenian, It doesn’t matter we are all hear for peace and ending this agression.”

Melissa Wade, of Brownsburg, attended the rally holding a picture of a Ukranian soldier. The soldier gained international attention when he blew himself up on a bridge to prevent Russian troops from advancing.

“This is everyone’s son. This is the world’s son,” Wade said.

Politicians joined the rally to show their solidarity for the Ukrainians, but, as the invasion drags on, some at the rally demanded the United Nations impose a no-fly zone.

People who want to help can donate to the National Bank of Ukraine. Proceeds go to the Ukrainian military and humanitarian aid. The bank only takes donations through card payments.