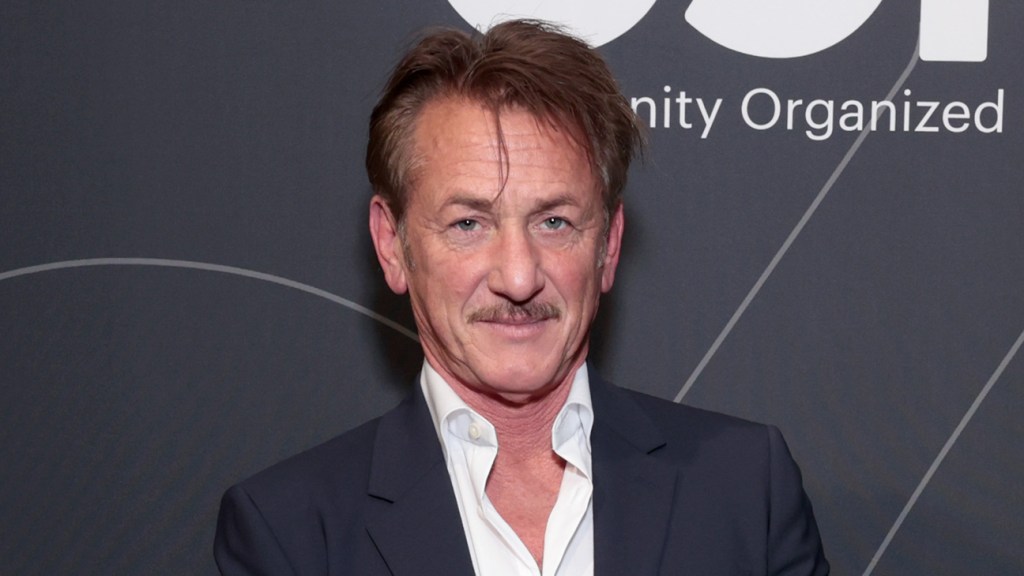 Sean Penn is talking about his experience crossing from Ukraine into Poland and how his relief organization CORE is currently trying to expand aid to those on both sides of the countries’ shared border.

In an interview with Anderson Cooper that aired on CNN Friday night, the actor, producer and nonprofit founder reiterated what he saw while crossing the border into Poland after having entered Ukraine to film a documentary for Vice Films about the Russian invasion. Penn initially posted a photo of him as he and two other doc crew members “walked miles to the Polish border” on Monday, Feb. 28.

Myself & two colleagues walked miles to the Polish border after abandoning our car on the side of the road. Almost all the cars in this photo carry women & children only, most without any sign of luggage, and a car their only possession of value. pic.twitter.com/XSwCDgYVSH

While speaking to Cooper, Penn said that he and his fellow crew members had “the luxury of being able to abandon a rented vehicle on the side of the road” but that “a startling thing” to him was just how many women and children were attempting to make their way across the border. He noted some were traveling in groups, others alone, with men “dropping them off and returning because we know that from 18 to 60, men are not to leave” in order to aid in the country’s resistance against Russia.

The actor and CORE co-founder also spoke about his experience meeting with Ukraine’s President Volodymyr Zelensky both the day before and then again the day of the invasion. During the meeting, which was confirmed by the Office of the President of Ukraine in a statement posted to Facebook, Penn stated he was “endlessly impressed and moved” by the leader while also “terrified for him and for Ukraine.”

“I don’t know if he knew that he was born for this, but it was clear I was in the presence of something,” Penn said of the Ukrainian leader. “And again, I think reflected of so many Ukrainians, that was new to the modern world in terms of courage and dignity, and love that comes out of the man and the way he has unified that country.”

“I think Mr. Putin certainly added to paving the way to that,” he added.

Speaking more directly to Putin’s actions and the war itself, the actor-director told Cooper that there is “no question in my mind that this is not going to end soon, no matter what because you will have a country of extraordinary insurgencies if Putin is successful in this.”

“It was clear I was in the presence of something — and again, I think reflective of so many Ukrainians — that was new, that was new to the modern world in terms of courage and dignity” – @SeanPenn, actor and co-founder of @CoreResponse, on meeting Ukrainian President Zelensky. pic.twitter.com/AM6rRQmhl3

Towards the end of the five-minute interview, Penn talked about how CORE is currently working in Poland on the border while asking for support and assistance for the organization, which is trying to help refugees. The group is currently distributing hygiene kits, giving cash assistance and water to people as they cross the border from Ukraine to Poland, but Penn says they want to do more.

“We’re working out [how] to bring our staff into the other side as well because you really have two kinds of struggles of the refugees,” he said. “One trying to get out of the country and the other figuring out what to do in the country because a lot of these people, plenty of them well-to-do, left their jobs and bank accounts behind.”

“This is our new reality, so we have we need assistance,”

Following the news that he was in Ukraine filming a doc about Russia’s invasion, Penn condemned Russian President Vladimir Putin for his decision, which has started a war, and urged U.S. support of Zelensky and the nation’s people.

“Already a brutal mistake of lives taken and hearts broken, and if he doesn’t relent, I believe Mr. Putin will have made a most horrible mistake for all of humankind,” Penn said. “President Zelensky and the Ukrainian people have risen as historic symbols of courage and principle. Ukraine is the tip of the spear for the democratic embrace of dreams. If we allow it to fight alone, our soul as America is lost.”