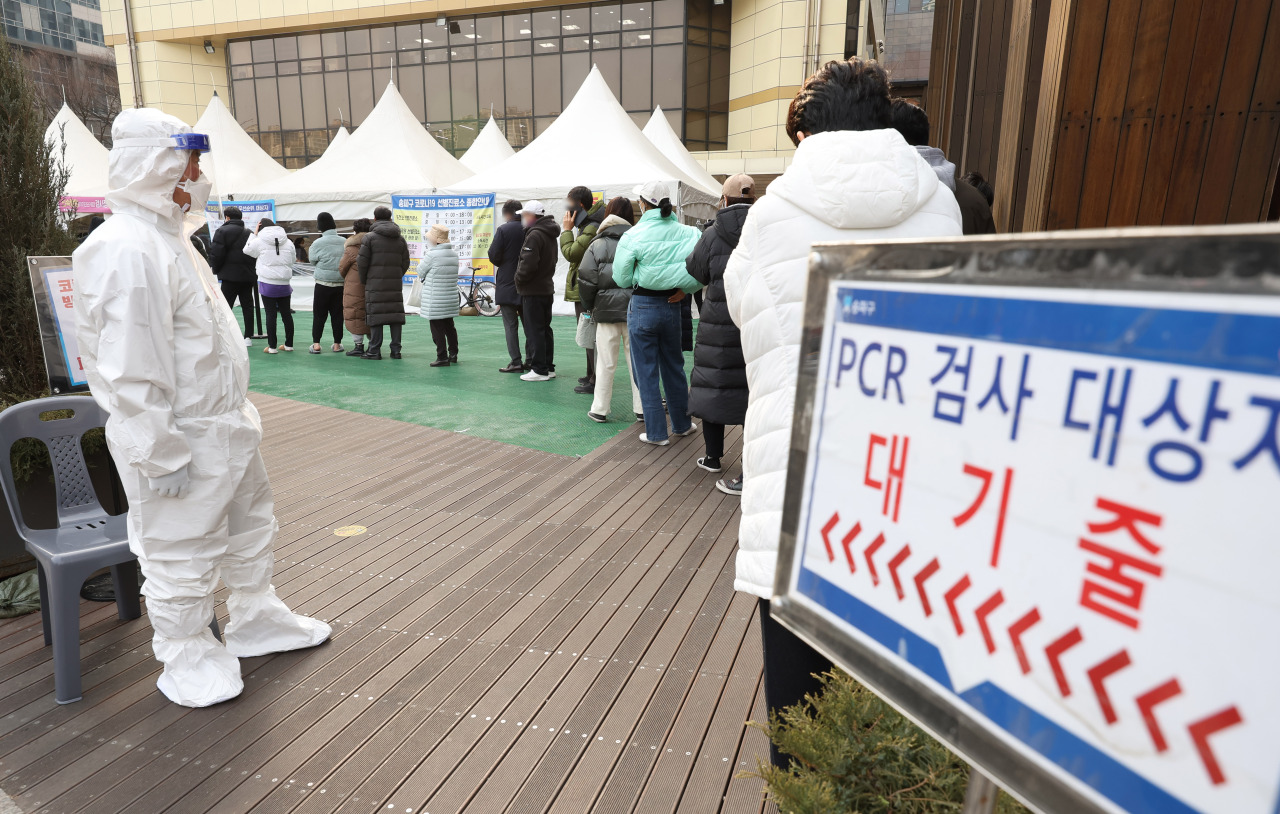 South Korea’s daily COVID-19 cases stayed above 250,000 for the second consecutive day Saturday, and the daily death count reached another high amid the fast spread of the omicron variant.

The country reported 254,327 new COVID-19 infections, including 254,250 local cases, raising the total caseload to 4,212,652, according to the Korea Disease Control and Prevention Agency.

The daily tally went down slightly from the previous day’s 266,853, when the figure hit a record high two days after daily infections surpassed 200,000 for the first time since the country reported the first virus case in January 2020.

The surge in infections pushed up the numbers of COVID-19 deaths and critically ill patients.

The country added 216 more COVID-19 deaths, the most ever. The death toll came to 8,796, and the fatality rate was 0.21 percent, according to the KDCA. The number of seriously ill virus patients jumped to 896 from the previous day’s 797.

The health authorities have said the current wave is expected to peak at some 350,000 daily cases in around mid-March as the highly contagious omicron variant is raging across the nation.

In line with the continued spread of the highly contagious but less fatal omicron variant, the government ditched rigorous contact tracing and treatment, and opted to focus more on dealing with serious cases and preventing deaths.

It also adopted enhanced at-home treatment and more use of rapid antigen self-test kits amid a shortage of medical staff and other resources.

From Saturday, the government eased part of the social distancing rules by extending the operating hours for 12 kinds of multiuse facilities, including cafe and restaurants, by one hour to 11 p.m. to better support small merchants.

The new curfew will be effective until March 20, and the current six-person cap on private gatherings will remain in place.

As of midnight, 31.75 million people, or 61.9 percent of the country’s 52 million population, had received booster shots. The number of fully vaccinated people came to 44.39 million, accounting for 86.5 percent, according to the KDCA. (Yonhap)