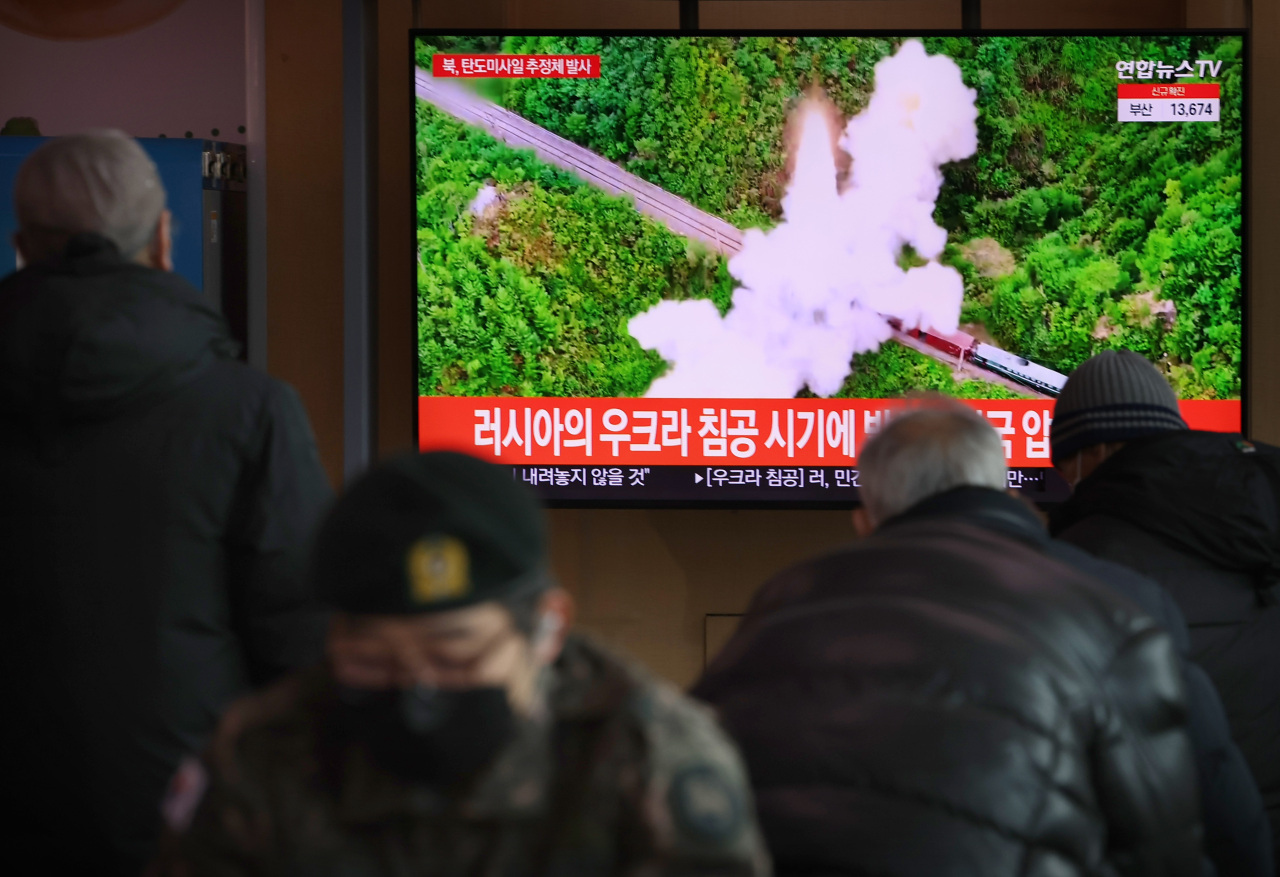 The Joint Chiefs of Staff said it detected the launch from around the Sunan area in Pyongyang at 8:48 a.m. and that the missile flew around 270 kilometers at a top altitude of 560 km.

The latest launch, the North’s ninth show of force this year, came less than a week after it claimed to have conducted a “reconnaissance satellite” development test that the South called a ballistic missile launch.

“The North’s recent series of ballistic missile launches are a significant threat to not only the international community but also peace and stability on the Korean Peninsula,” the JCS said in a text message sent to reporters. “We strongly urge the North to immediately stop them.”

For specifics on the missile, the intelligence authorities of South Korea and the United States are conducting a detailed analysis, the JCS added.

The North’s “satellite” development test on Feb. 27 marked the resumption of its rocket launches following a weekslong hiatus that it apparently imposed during the Beijing Winter Olympics apparently in respect for China, its traditional ally and key economic patron.

The test signaled that irrespective of South Korea’s election set for Wednesday, Pyongyang is forging ahead with its vaunted defense projects unveiled at the eighth congress of its ruling Workers’ Party in January last year.

The projects include developing a hypersonic warhead, a “super-large” nuclear warhead and an intercontinental ballistic missile using an “underground or ground solid-fuel engine.”

Some observers said the North’s continued saber-rattling could reflect its eagerness to bolster its military presence while the US’ attention is focused on the armed conflict in Ukraine.

Concerns have persisted that the North would continue to engage in more provocative acts as it made a veiled threat in January to lift its yearslong self-imposed moratorium on nuclear and ICBM tests.

Since the start of this year, the North has launched a barrage of missiles, including an intermediate-range ballistic missile, using various platforms, such as a road-mobile launcher and a railway-borne one.

Saturday’s launch came as Pyongyang seeks to strengthen internal solidarity amid a deadlock in nuclear talks with Washington and economic woes aggravated by the COVID-19 pandemic. (Yonhap)