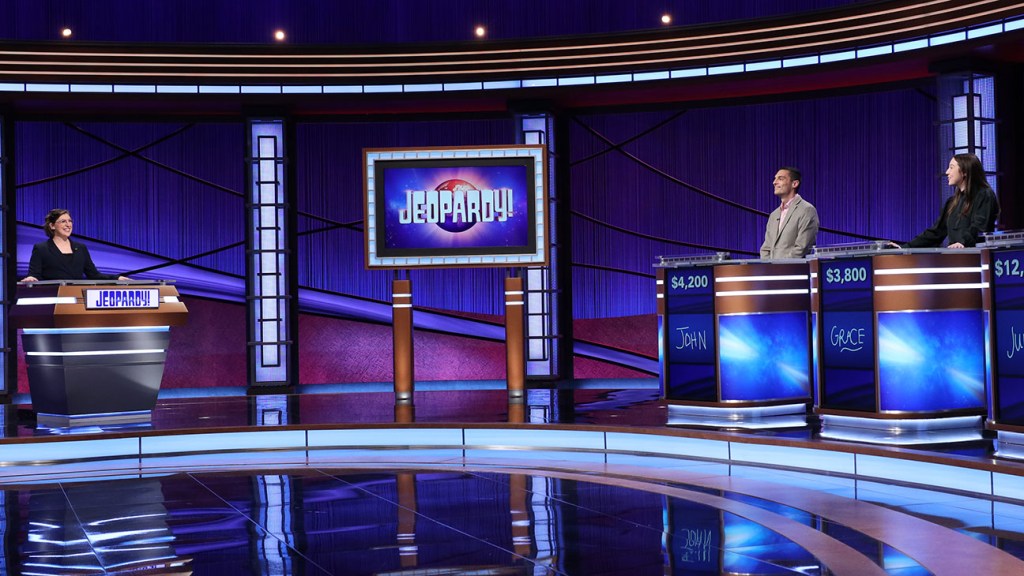 The team behind Jeopardy! is addressing a clue involving Ukraine and Russia that aired on Friday’s episode.

During the episode that featured a Double Jeopardy! category entitled “Bordering Russia,” the $800 clue, as read by host Ken Jennings, was as follows: “The Kerch Strait — along with serious border issues — separates Russia from this country on the Black Sea.” Contestant Adrian Alcalá delivered the correct response of “What is Ukraine?”

Prior to the episode, the show’s official Twitter account posted an explanation for the clue, which aired just over a week after Russian President Vladimir Putin’s invasion of Ukraine began on Feb. 24. The U.N.’s top refugee official tweeted Wednesday that one million Ukrainians have fled the nation since the start of the invasion.

The show’s post read, “Please note the clue in today’s show concerning Russia and Ukraine was recorded on Jan. 11, 2022.” Additionally, an onscreen message appeared in the upper lefthand corner of the clue that read, “Recorded on January 11, 2022.”

Representatives for Jeopardy! did not immediately respond to a request for comment.

The Kerch Strait spans 1.9 miles and connects the Black Sea with the Sea of Azov. Although she didn’t give the correct answer for that one, returning champ Margaret Shelton was the episode’s winner, notching her fourth victory.

Please note the clue in today’s show concerning Russia and Ukraine was recorded on Jan. 11, 2022.