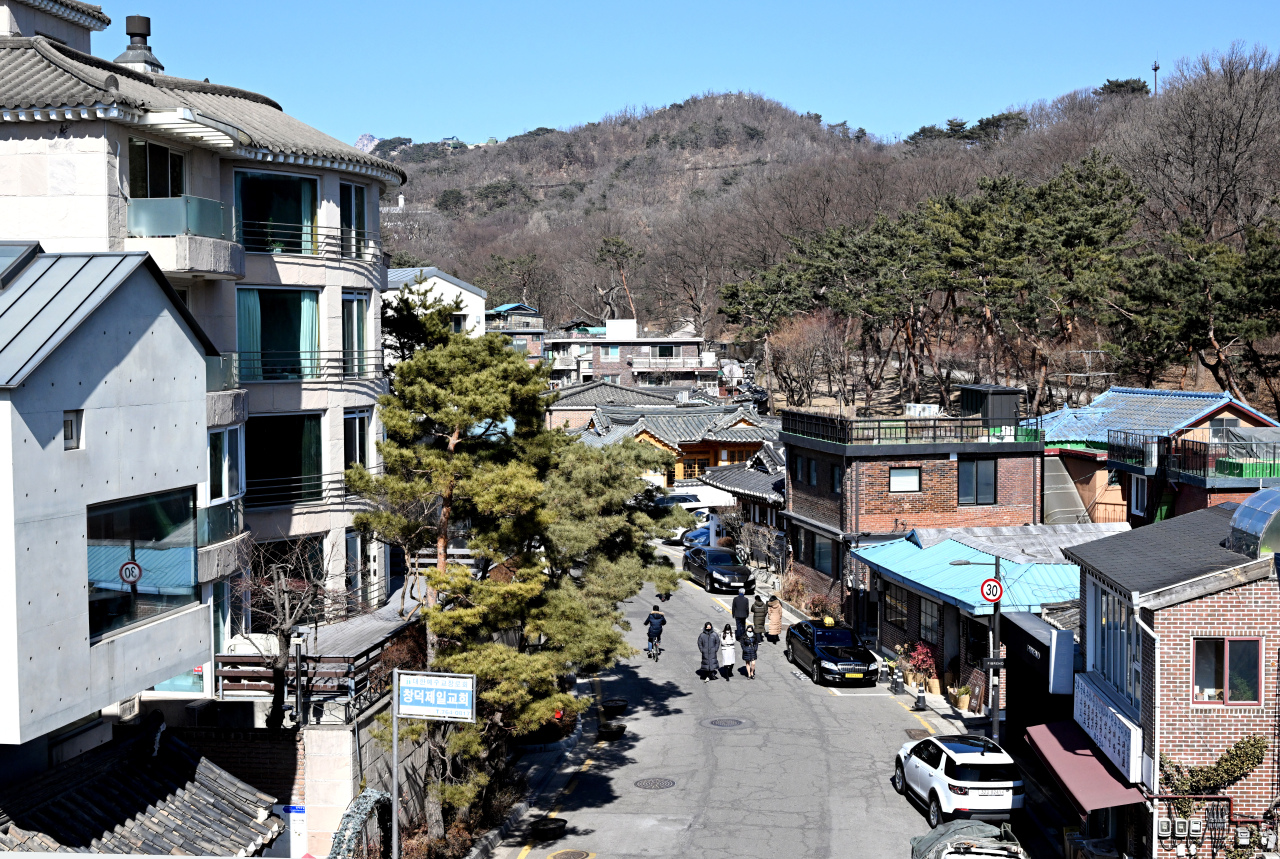 In Jongno-gu, central Seoul, one of the most historical districts in the city, lies a town that preserves the culture and art from the Joseon era. Walking alongside the town offers a glimpse of how low-level officials who worked for kings and queens of the Joseon Dynasty lived.
Located between Bukchon Hanok Village and the Changdeok Palace, the town is called Wonseo-dong, meaning the western part of the palace’s backyard.
Crossing a small road from the palace, visitors are welcomed by Eundeok Cultural Center, which was once an office in charge of producing and repairing weapons in the Joseon era. The traditional Korean house or hanok is designated as a Seoul Future Heritage site.

The Traditional Red-Dyeing Workshop offers a chance to take a peek at how the clothes of Joseon kings and officials were made. The workshop allows visitors to experience the natural dyeing process of clothes. It is operated by Kim Kyeong-ryeol, and is listed as Seoul’s 49th Intangible Cultural Heritage.

Walking a little further, history takes a turn to the modern era. Goh Hee-dong Art Gallery was originally the residence of the late artist of the same name. Goh was the first Joseon artist to adopt western style painting.

On the left, there is Baek Hong-beom hanok, named after the last owner of the building. It was selected as Seoul’s third Folk Culture Heritage. Built sometime during the 1910s, a court lady working for Joseon palaces used to lived there. The house features both traditional and modern styles of architecture.

At the end of the alley bordered by hanoks is the oldest place where the general public and Joseon palace servants did their laundry.