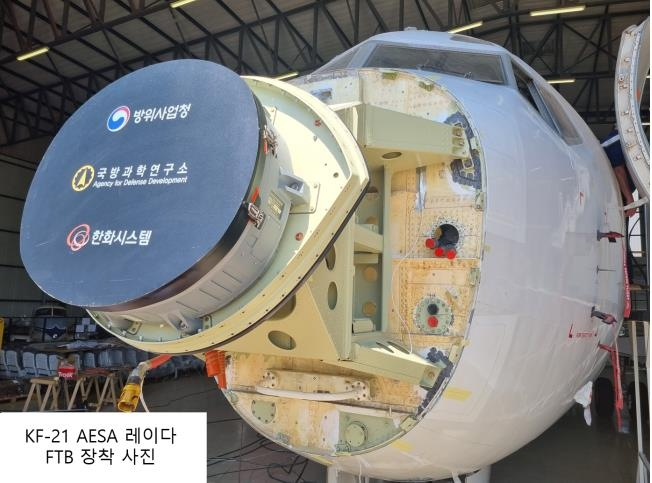 The military plans to kick off the test program in mid-March for the active electronically scanned array (AESA) radar to be installed on the KF-21 jet currently under development. It is set to run through April next year.

The military will mount the radar on a B-737 aircraft for the test program set to check 62 evaluation categories through a total of 50 flight tests. The program includes testing the radar’s detection and tracking capabilities in an air-to-air mode.

The military will put the radar on the KF-21 fighter next year to continue its performance test through 2026, DAPA said.

South Korea was the world’s 12th country to develop the AESA radar system with homegrown technologies.

South Korea, meanwhile, has been working on the KF-21 project since 2015 to replace the Air Force’s aging fleet of F-4 and F-5 jets.

Since April last year, four prototypes of the KF-21 jet have been rolled out for testing purposes under a scheme to produce six of them for the defense project, according to DAPA. (Yonhap)