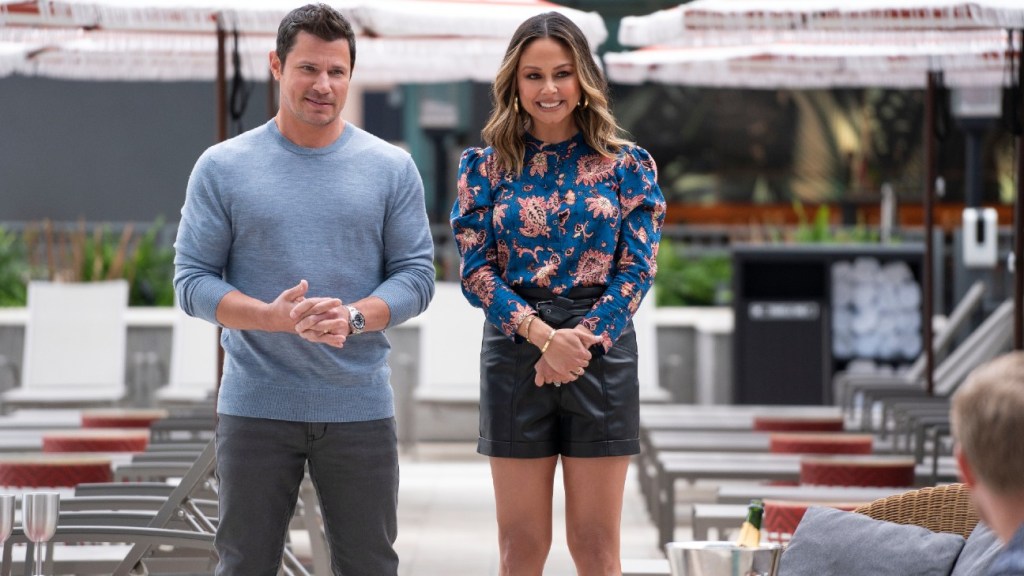 Couples are putting their relationships to the test in a major way on Netflix’s new unscripted series from the creators of Love Is Blind.

During the Love Is Blind season two reunion special that dropped Thursday on Netflix, the streaming service aired its first trailer for The Ultimatum: Marry or Move On. The new 10-episode dating project centers on six couples who are approaching marriage but feature one partner feeling readier than the other, and so each person will choose someone from among the five couples to move in with for three weeks. After eight weeks, the original couples must decide whether to tie the knot or call it quits.

The Ultimatum not only hails from Love Is Blind production company Kinetic Company but also shares co-hosts Nick and Vanessa Lachey with that series.

The first eight episodes launch April 6, while the final two episodes, including a reunion, drop a week later on April 13.

“You’re here because someone in your relationship has issued an ultimatum,” Vanessa tells the couples in the footage. “One partner is ready to get married, and the other isn’t sure.”

At another point, one participant tells the camera, “I definitely thought giving Jake the ultimatum would bring us together, and it is doing the complete opposite.”

Check out the full trailer below.