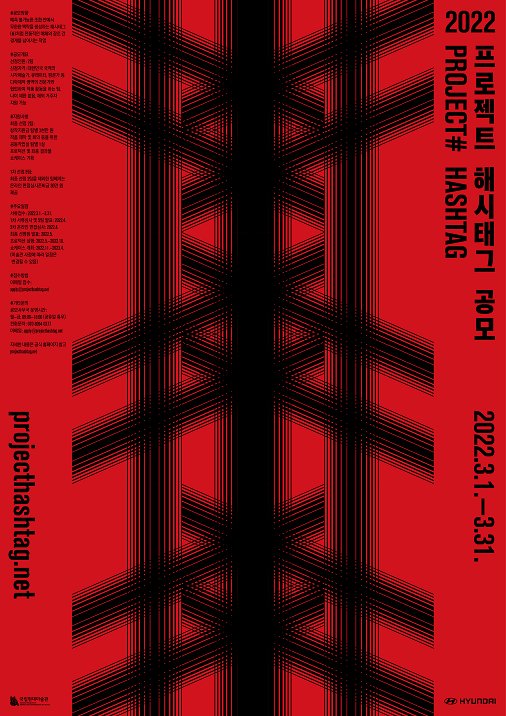 The National Museum of Modern and Contemporary Art, Korea has announced an open call for Project Hashtag 2022, a collaborative art project that aims to discover talented artists and offer an opportunity to exhibit their works.

The annual project was initiated in 2019 in partnership with Hyundai Motor to promote interdisciplinary collaboration among artists, writers, researchers and producers from different fields. The project is open to any group of more than two people who are willing to explore boundaries of various fields including painting, sculpture, film, design and dance as well as nonvisual art such as music, according to the museum.

The two selected teams will be granted 30 million won ($24,700) to create and showcase their works at the national museum in November. The finalists will also be offered a six-month studio residency at MMCA Residency Changdong in Seoul.

Applications opened on Tuesday and will remain open until March 31. Applicants can submit an introduction of the group and overall work plan via email. Further information about the application guideline is available on the official website of the museum. The finalists will be announced in May.

The review committee will comprise MMCA curators and innovators in diverse fields in both Korea and abroad. Artistic director Aric Chen at Het Nieuwe Instituut in Rotterdam, the Netherlands — a cultural center that focuses on architecture, design, and digital culture — joined the committee this year, according to the museum.