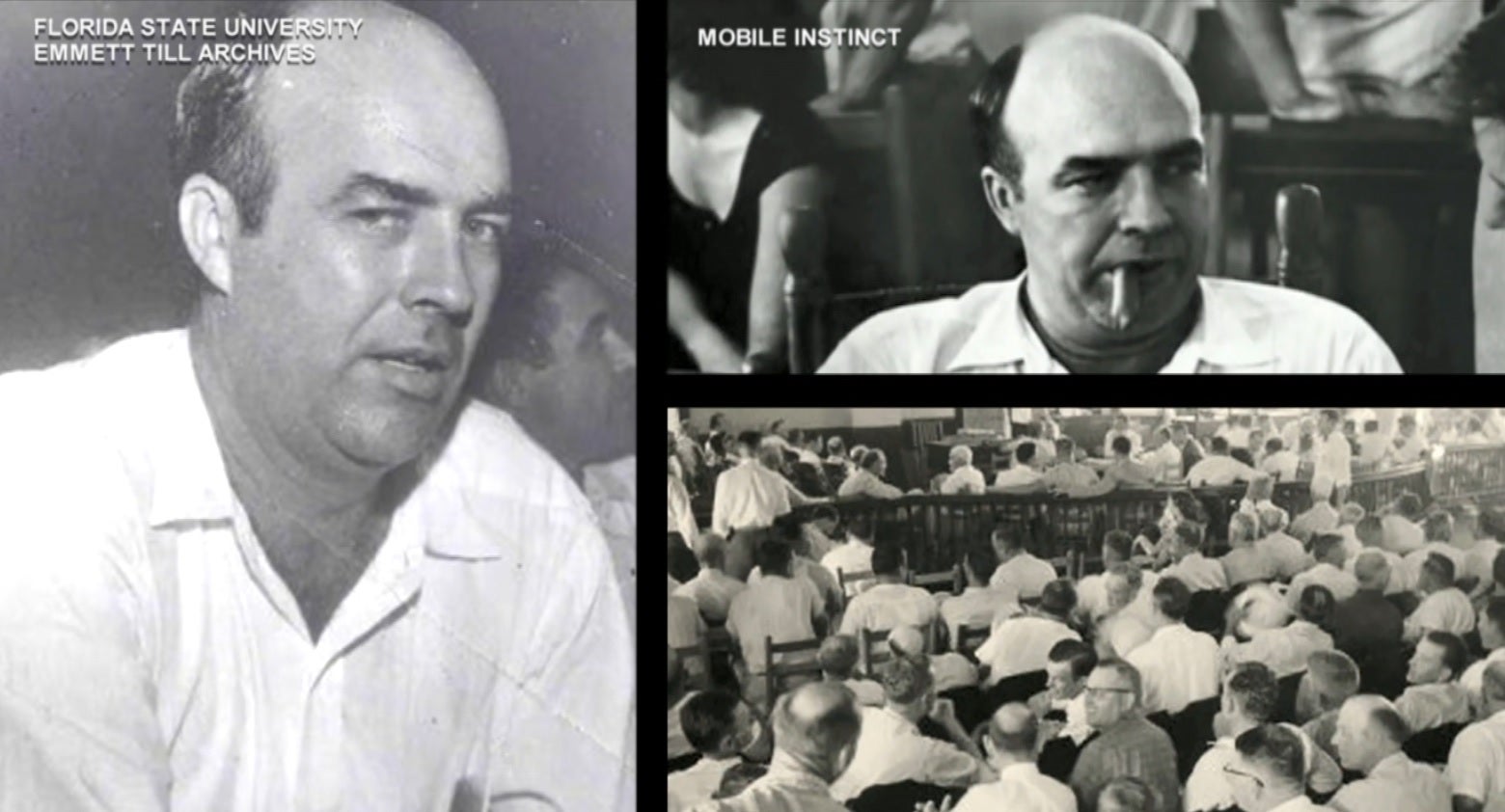 Stories like Emmett Till’s are entrenched in American history. His death lit an important fire to the jolt of the American Civil Rights Movement.

Growing up, I learned details of Till’s life and death, and its impact, which most do not get to experience.

This week, you’ll get the “INside story” from Wheeler Parker Jr., Till’s cousin, and from Dan Wakefield, an Indianapolis native and award-winning writer and journalist. They painted a much-needed, vivid picture that still rings impactful nearly 70 years later.

This is the fourth of a five-part series discussing the murder of Till and his impact on American history.

Wheeler Parker Jr., cousin of Till, was surprised charges were pressed against the two men.

“Being so young, I didn’t think about that much. But in hindsight, yes. In times past, nothing would be done. Emmett wasn’t the first person killed,” Parker said. “They were so highly insulted when they came to arrest them [Milam and Bryant]. They cursed, they said this was a way of life we were protecting. ‘We were protecting our women. You are coming to arrest me for this? I should be patted on the back.’”

A grand jury indicts Milam and Bryant for kidnapping and murdering Till. Both were held in jail until the start of the trial. Meanwhile, JET Magazine published photos of Emmett’s mutilated body. Shock and outrage echoed from coast to coast.

The trial began, marking five days of tension and hope swelling in a Mississippi courthouse.

“When you think you can get killed in the courtroom, that is bad. That is how thick the atmosphere was,” Parker said.

20 white men made up the jury. Budding reporter and Indianapolis native Dan Wakefield witnessed every day of the trial after being sent by The Nation magazine.

“I was completely confident. I mean, I knew it. And I knew this is part of history. And I want to be there,” Wakefield said. “There is a difference between the south and the deep south. Which I think of as Alabama and Mississippi. That is another world.”

“The courthouse was packed. It was 100 degrees a lot of the time. It was just a morass of people and bodies,’ Wakefield said. “There is a big crowd around the courthouse. And it was sort of like any event, some public event. The American Legion was selling lawn chairs you can sit on outside and people were selling lemonade. It was like a circus outside.”

“She [Mamie Till] was very fearful. I told you she had a nervous breakdown when she came back home,” Parker said. “She was born down there. She knew the south. She knew what could happen. She knew she had no protection. She stayed on the black man’s plantation, Dr. Howard. He had to get out of there himself.”

Judge Curtis Swango recesses the court to allow more witnesses to be found. Wakefield got a tip that potential surprise witnesses were being held in another town so he asked a few deputies for help to get there.

“I was taken by the deputies. I wanted to go to another town where they were holding a witness. The deputies said, ‘okay, we will take you there.’ We got about five miles out of Sumner. They stopped the car and said ‘this is where you get off boy. You can walk back into town,’” Wakefield said. “I was 23 years old. I was very naïve. The other reporters said, ‘you are lucky they just let you back.’ That nothing more than that happened.”

As the hunt for witnesses continued, it marked the first time in Mississippi history that local law enforcement, local NAACP leaders and Black and white reporters teamed up to locate sharecroppers who saw Milam’s truck and overheard Till being beaten.

“Willie Reed, the young man he was 18. He is fearful. Had a right to be,” Parker said. “He heard the licks and Emmett screaming. They found him the field.”

Tensions continued to be high in the courtroom.

“J.W. Milam and Roy Bryant, Milam was the bald-headed big guy, they were both sitting there. Sometimes, they’re even smoking cigars. And just like they knew they were going to go free,” Wakefield said.

“There was a recess in the trial. J.W. Milam was up there stretching or something. It was one of these 100 degree days and Kempton said, ‘hot enough for you J.W.?’ Milam said, ‘hot enough to make a man feel mean.’ It was sort of like, yeah that is who I am,” Wakefield said.

Mose Wright, Till’s great uncle who he went to stay with, does the unthinkable.

“It’s one thing to be told about and it’s one thing to be there. Mose Wright was a key witness to say that’s what happened. And the white people were saying, ‘oh, good old Mose, he is a good old boy. He works out in the cotton fields. He’s not going to testify. He’s not going to get up there and risk his life,’” Wakefield said. “And the lawyer said, ‘Do you see these men here today’ and he pointed right to them and said ‘those are the men, those two men.’ That was like a great moment. I felt that, you know, he was going against all their conceptions of what a black man would have the courage to do.

Wright’s bravery became one of the most iconic moments of the trial.

“And the lawyer [prosecutor] who did it really did a great case anyplace else in America. He would have won the case… the case against them was concrete. I mean, it was you wouldn’t have needed any more evidence,” Wakefield said. “The defense lawyers the one who summed up but I’ll never forget this. He said to the jury, ‘I’m confident that every Anglo-Saxon man on this jury world set these men free’. That was the word like no matter what really happened, no matter that you murdered this boy and tied a 50 pound cotton gin fan around his neck after torturing him and through him in Tallahatchie River. He said, ‘you know you’ll be upholding the honor of the south’ and that was that was the shocking thing.”

The jury deliberated for only 67 minutes. Bryant and Milam were found not guilty of murder.

Roy Bryant and J. W. Milam stood before photographers, light up cigars and kiss their wives in celebration of the not guilty verdict, a haunting ending to what Wakefield calls his most powerful opening line.

“The first sentence was, ‘this delta town is back to its silent, solid life that is based on cotton and the proposition that a whole race of men was created to pick it’,” Wakefield said. “I felt like that summed up this bizarre kind of world. A world that until this, people in the north – white people – didn’t know anything about. “