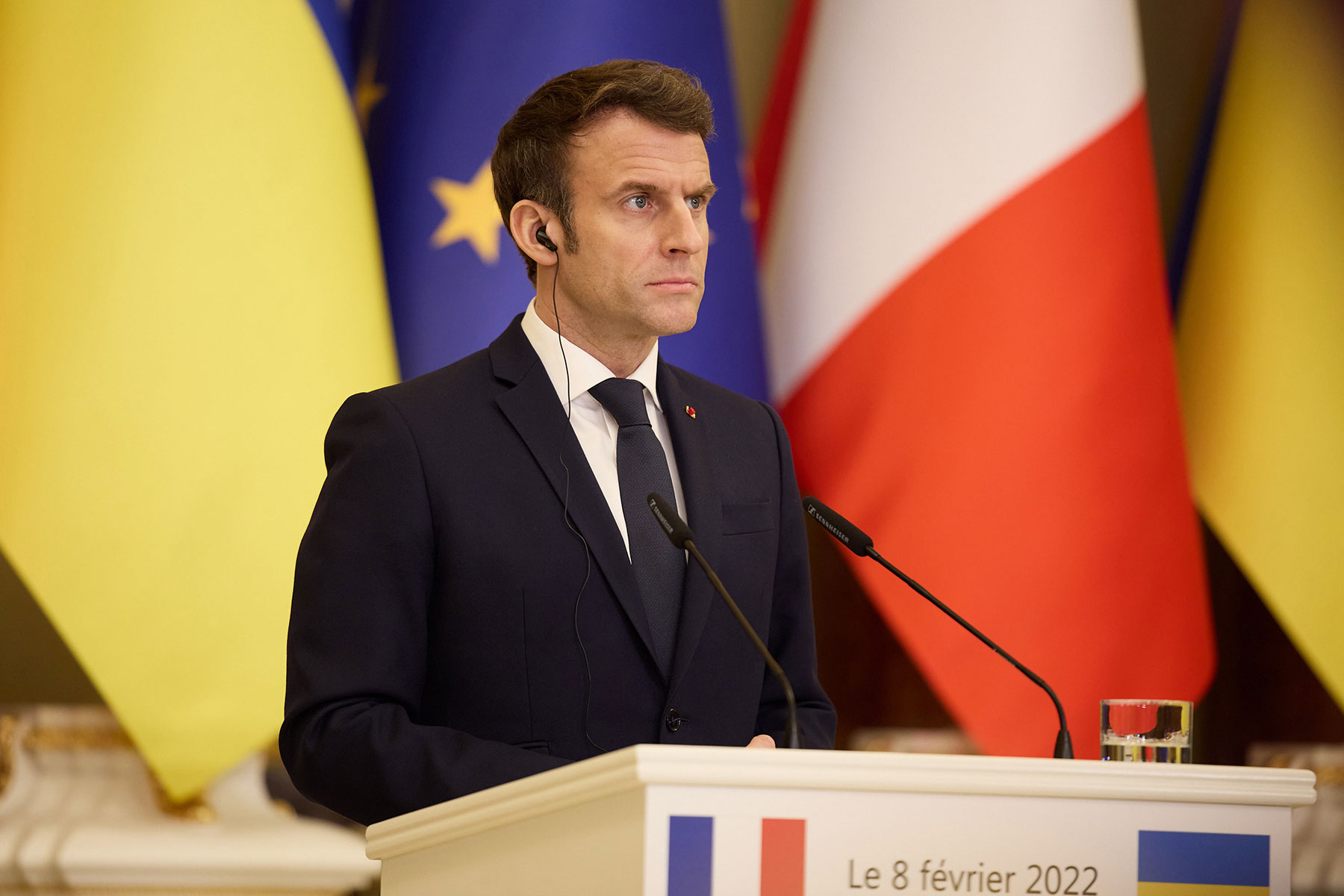 Even though he hesitated until the last minute to make it official on Thursday, everyone in France knew that their president, Emmanuel Macron, would be up for reelection in a contest whose first round will take place on April 10, followed by the second-round runoff on April 24.

The strategic delay in his decision-making has been officially explained by the combination of the ongoing COVID-19 crisis and the much more recent Russian invasion of Ukraine, a dossier for which Macron has been very active in recent months. The race is very difficult to call given the range of opponents, but Macron is favored to win the first round. Though it’s anyone’s guess how the second round may play out or even who the opposing candidate is likely to be.

How Coherent Is NATO Today and in the Future?

With the Ukraine crisis dominating the headlines, Macron stepped up this week, almost at the same time as US President Joe Biden’s State of the Union address, to give a rousing speech with a similar theme, insisting on solidarity with the Ukrainians and the defense of democracy. But unlike his American counterpart, whose speech read like a celebration of his administration’s and his nation’s moral commitment to the Ukrainian cause, Macron went a bit further, invoking the “tragic” dimension of the current situation with these words: “To this brutal return of tragedy in history, we owe it to ourselves to respond with historic decisions.” He added the idea that “Europe has entered a new era” and hinted that it would be an era defined in terms of “energy independence” and “European defense.”

Macron’s vision of a different future may be interpreted more as a campaign promise than a realistic forecast of how European identity will evolve in the future. But it is a theme that Macron has heavily invested in, an idea he has been promoting for a long time. Despite past failure to move the needle, he may be onto something this time concerning the future of Europe’s security policies, which are as much under attack as Kyiv itself.

The crisis in Ukraine reveals not only the threat Russia potentially represents for some European nations, but also the risk associated with Europe’s dependence on Russia’s natural gas. Even more significantly — though discussion of this topic must wait for some sort of resolution to the Ukrainian drama — the crisis has revealed the troubling degree to which European countries have become the hostages of the monster known as NATO.

The calling into question of NATO may sound paradoxical at the very moment when every country in the prosperous West has expressed its heartfelt solidarity with Ukraine and its bitter condemnation of Russia’s invasion. Many commentators have waxed lyrical about the “unification” of Europe in opposition to Russia and see this as a prelude to the reinforcement of NATO. That is possible, but at this early stage in the conflict, it sounds like a hasty conclusion.

Macron is hinting at a world beyond NATO. He is certainly right to assume that he isn’t the only European leader who, without complaining too loudly, is privately assessing Washington’s responsibility in the conflict. After all, the US is the nation that, despite France and Germany’s resistance, drew the red line defending the iron-clad principle of Ukraine’s inalienable right to join NATO.

Macron’s position should help his chances in the coming election. He cannot be accused of electoral opportunism as he has proved himself consistent and sincere in his mission to redefine Europe’s security in European rather than North Atlantic terms. It hasn’t worked yet despite his and, to some extent, Germany’s previous efforts, but that predictable disappointment occurred before the tragedy that is now engulfing Europe. When the dust settles on the Russia-Ukraine crisis, all Europeans (and maybe even the UK’s Boris Johnson) will begin parsing the complex lessons produced by a terribly mismanaged fiasco that is still ongoing and shows some signs of possibly leading to a nuclear conflagration.

For the moment, the Americans have presented the Russian assault as a combat between good and evil. Europe and its media have, in their very real but to some extent staged outrage, followed suit. But at some point in the near future, Europeans will sit down and attempt to assess not just the winners and losers as the US tends to do, but the volume of evil that is attributable to both sides. European cultures tend to be far less binary and Manichean than US culture, which has demonstrated in this crisis its inimitable capacity to discard the kind of nuance that can, at least on some occasions, actually prevent or at least forestall tragedy.

The idea of tragedy, understood to be a noble art form, is taken seriously in France, a nation that produced two famous authors of tragedy, Corneille and Racine. Apart from a brief episode in the 18th century (partly due to jealousy), France has always admired Shakespeare and Schiller. The French know that authentic tragedy is never about the battle between good and evil. The literary genre that exploits that kind of binary logic is called melodrama. Tragedy always contains something corresponding to Aristotle’s intuition of its being built around the notion of a tragic flaw.

In his analysis of Oedipus Rex, Aristotle attributed the flaw to the tragic hero, seen as admirable and good, but affected by something that undermines his good fortune. But the flaw may also exist in the system and its rules, in the government or the culture of the play, in the environment in which tragic heroes and heroines are permitted to act. As one famous tragic hero noted, there may be “something rotten in the state of Denmark,” something that to which the tragedy itself is drawing the audience’s attention.

When he characterizes the Ukraine conflict as a tragedy, Emmanuel Macron, like other Europeans familiar with the history of the past century, is thinking not so much of the literary tradition as the devastating wars that have taken place on the continent’s soil. This is a privilege not equally available to Americans, whose only lasting memory of war on their own soil is that of a civil war that happened over 150 years ago.

The idea of history Americans learn at school and through the media, even in the case of their own civil war, is always about a struggle between good and evil. Slavery defined the South as evil, despite the fact that Southerners were true Americans. Because all conflicts are framed as a combat between good and evil, Americans are encouraged to think of their nation as a “force for good.” America is exceptional and has been called the “indispensable nation.” Many attribute to the French leader Charles de Gaulle the reflection that “the graveyard is full of indispensable people.” History too is full of indispensable nations and even empires.

Today, everyone in Europe perceives the Ukraine situation as a worrying tragedy that is still building toward its most destructive climax. But for Macron, whose reelection is far from assured within the chaotic political environment that currently reigns in France, it may turn out to be a serendipitous tragedy. It may turn out to be the moment of enlightenment in which his dream of a Europe no longer tethered to the United States may define and implement its own security system. As he begins to hone his official reelection campaign, Macron can pursue that goal and, at the same time, hope that it will convince his electors that he’s the one who can carry it out.