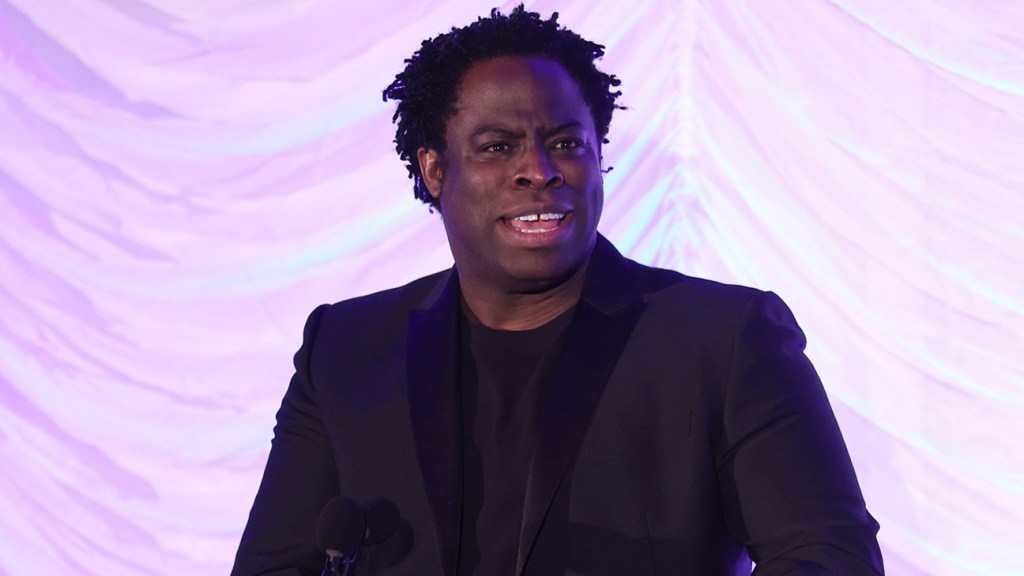 The evening opened with Aunjanue Ellis winning the best supporting actress award for her role as Oracene Price in King Richard, and she dedicated the award to the real-life mother of tennis phenoms Venus and Serena Williams. “I thank you for honoring me because in turn you have honored Ms. Oracene,” the actress said in her speech.

Saniyya Sidney, Ellis’ costar who played a young Venus Williams, won the award for breakout actor. “I remember being 5 years old watching awards shows and being inspired by every actor, and knowing that’s what I wanted to do,” she said.

Will Smith, who was absent, won best actor for his portrayal of Richard Williams. And Reinaldo Marcus Green, who directed the film, was also awarded the emerging director trophy at the event. Green thanked his cast, studio Warner Bros. and the Williams Family, saying: “There is no movie without them, and their legacy will be far greater than just being tennis players. They are great human beings, great citizens, great models for our community.”

Another film that received several wins at the ceremony was The Harder They Fall, honored for best music, best ensemble presentation, best film and best director for Jeymes Samuel. Accepting the award for music, Samuel — who is a singer-songwriter known as The Bullitts in addition to being a filmmaker — noted that he was intentional about working on the score throughout the entire process. “Composers often come onto films too late, in post-production … [but you] need the script, so you can find your melodies and motifs,” he explained.

Later on in the night, upon accepting the best director award, he spoke at length about the importance of dignifying Black characters on screen and how he advocated for that in The Harder They Fall, while using major Hollywood films, like Django Unchained, as an example of when this sensitivity is absent.

“The only n word I want to hear is Netflix,” Samuel said, as the crowd erupted in laughter.

Speaking on how the film industry has historically lacked diversity, John Gibson, vp of external and multicultural affairs at the Motion Picture Association — who won the night’s Salute to Excellence Award — said: “It can be isolating, it can be frustrating. … I accept this on behalf of all the DEI and multicultural experts working behind the scenes.”

Roxanne Avent Taylor, producer and co-founder of film company Hidden Empire Film Group, won AAFCA’s first Building Change Award. Various collaborators sang the executive’s praises, including Hilary Swank,  with whom she worked with on 2020’s Fatale. “It was so important for us to not only put Black and brown people in front of the camera, but also behind the camera that would normally not have opportunities,” Taylor said in her speech. “This award, ‘building change,’ represents a level of success for me. It represents that your past does not define you, and that now it’s my turn to pay it forward and bring up our youth.”

Many presenters and recipients remarked on how good it felt to be in the room, not only because it’s been two years since gathering in person, but especially to be in a majority Black space in Hollywood. Jazz composer and trumpeter Terence Blanchard accepted the Innovator Award, saying “I looked at all those awards they talked about, six Grammys, being nominated for two Oscars, Golden Globes — this is the one that means the most.”

Adam McKay nabbed best screenplay for Don’t Look Up, which he said was made “about gaslight culture.” And Who We Are: A Chronicle of Racism in America won for best independent feature.

Jeffrey Robinson, the documentary’s producer, began his acceptance speech saying, “George Orwell said it most ominously: ‘Who controls the past controls the future.’” He later added: “The Who We Are project is going to be a major voice on the failed and false [project] that is white supremacy.”

Jennifer Hudson was also honored with best actress for her performance in Respect, and The Tragedy of Macbeth‘s Corey Hawkins won best supporting actor, though neither were present to accept their awards.