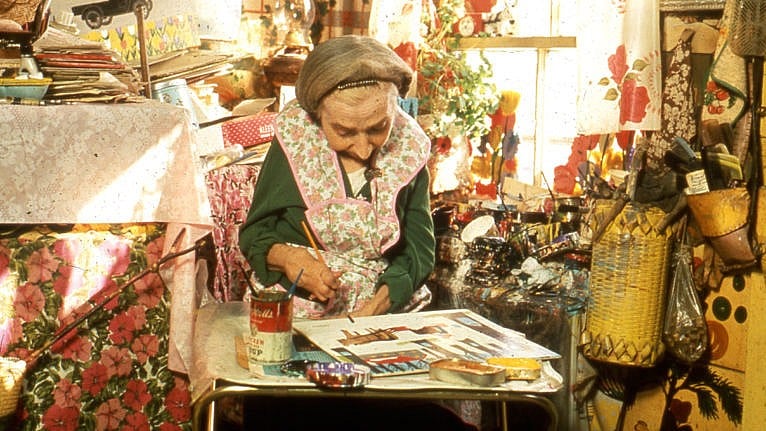 One day in the early 1950s, Van Davis Odell pulled off Highway 1 in Marshalltown, N.S., to make what would prove a fortuitous purchase. The Manhattan businesswoman was driving around with two friends in search of crafts and antiques, and was attracted by a black sign on the side of a small, white shack that read “Paintings for sale.”

Inside, a woman with gnarled hands and a sweet manner showed the women paintings of cheery and charming scenes: rows of kittens, pairs of long-lashed oxen and horse-drawn sleighs winding through the countryside. The artist was Maud Lewis, now regarded as one of Canada’s greatest folk painters. But on this day, Odell paid a mere $5 each for several pieces and drove them 10 minutes down the road to the cottage where she summered, in Smiths Cove.

Seagull Cottage was one of 27 rustic bungalows with panoramic views of the Bay of Fundy, built on the same private road as the Harbourview Inn, a Victorian-era hotel whose pool, dining room and dance pavilion catered to well-heeled vacationers fleeing the summer heat of New York and Boston.

READ: As photo booths disappear, the pictures they gave us are ever more precious

Odell hung two of the paintings—one of oxen in spring, the other of oxen in winter—on either side of her bedroom window, and there they remained in wooden frames for more than six decades. Then, one day between September 2020 and May 2021, both vanished. Nothing else was taken. A third Lewis painting of oxen hung untouched on another wall of the bedroom.

With its themes of optimism and overcoming hardship, Lewis’s art has steadily climbed in value. She achieved national recognition only a few years before her death in 1970, but by the mid-1990s—spurred by an Art Gallery of Nova Scotia exhibit that toured the country—her pieces were selling in the low thousands. In 2016, the biopic Maudie, starring Sally Hawkins as Lewis and Ethan Hawke as her laconic husband Everett, stirred international interest in Lewis’s work, pushing prices into the five-figure range. (One character in the film, a benevolent American art enthusiast, is a composite based partly on Odell.) Odell’s stolen paintings were thought to be worth about $20,000 each. But in November, a Lewis painting sold for $67,250, the most to date for one of her pieces.

“There’s just something about the way that she puts her pictures together, and her extraordinary way with colour, that make these works just vibrate with positive energy,” says Sarah Milroy, chief curator of the McMichael Canadian Art Collection in Kleinburg, Ont., which recently wrapped up a touring Lewis exhibit.

Seagull Cottage is now owned by Odell’s daughter, Lynn, but it was a woman who has rented the property for years who first noticed the bare walls in the bedroom. There were no signs of a break-in, so she called the caretaker, Darren Snair, a former owner of the Harbourview Inn who lives in nearby Digby. Had he removed them for safekeeping?

Snair hadn’t, and checked with local cleaners who for years had tended to Seagull and neighbouring cottages. They’d seen nothing suspicious, either; nor had the occupants of the cottage next door. “Who would do such a thing in this small community?” asks Snair. “Unfortunately, there’s nothing to go on. Who knows why, what, who?”

His bewilderment is shared throughout the Smiths Cove area, where many long-time seasonal visitors from the U.S. are on a first-name basis with the local residents. Some have known each other for generations, sharing pride in their connection to Lewis and her hard-scrabble story. Friends of Lynn Odell, now 76 and facing health problems, say the paintings connected her to memories of her Nova Scotia summers, when she learned to swim and sail.

Beneath the confusion, though, is an undercurrent of suspicion. Few outside Smiths Cove would be aware that the paintings hung in the cottage, local people point out. What’s more, the likelihood of a thief who understands the difficulty of selling stolen art making a trek to the Fundy shore for a couple of $20,000 pieces seem low: Lewis’s works are gaining value, but the risk still outweighs the potential reward.

“These aren’t going to show up at auction,” says Ray Cronin, author of a book about Lewis and former CEO of the Art Gallery of Nova Scotia. “Any art dealer would see those and instantly call the police.”

Honey Shields is a long-time friend of Lynn Odell who has owned a cottage in Smiths Cove for 31 years. A fellow New Yorker, she has been helping Odell with her affairs, and while it pains Shields to think anyone in the community is linked to the theft, she acknowledges the prospect has crossed people’s minds. “I trust everybody there,” she says. “I hope they catch them, and I hope it’s no one we know.”

MORE: Why these artists are leaving ghostly sculptures at the bottom of the ocean

The RCMP, however, do not seem overly focused on the local area. Their investigation would have included checking with neighbours, says spokesperson Cpl. Chris Marshall, but in December they appealed to the public for tips and lately have been following up on those directing them to online auctions and marketplaces where similar-looking Lewis pieces are sold. Still, Marshall acknowledges that the motive for the theft may not be monetary. “In this part of the world, a Maud Lewis painting is something somebody may want to keep due to their cultural significance,” he observes. “It’s very possible the person that took them would want to keep them.”

For now, that might be easy. Greg Metcalf, a current co-owner of the Harbourview Inn, notes that recent summers in Smiths Cove have been quiet due to pandemic restrictions, leaving a shortage of eyes and ears that no doubt worked to the thief’s advantage. “One day they’ll just turn up in someone’s house,” he predicts. “Someone will die and there will be these two Maud Lewis paintings in the inheritance.”

This article appears in print in the April 2022 issue of Maclean’s magazine with the headline, “A case for the Maud squad.” Subscribe to the monthly print magazine here.