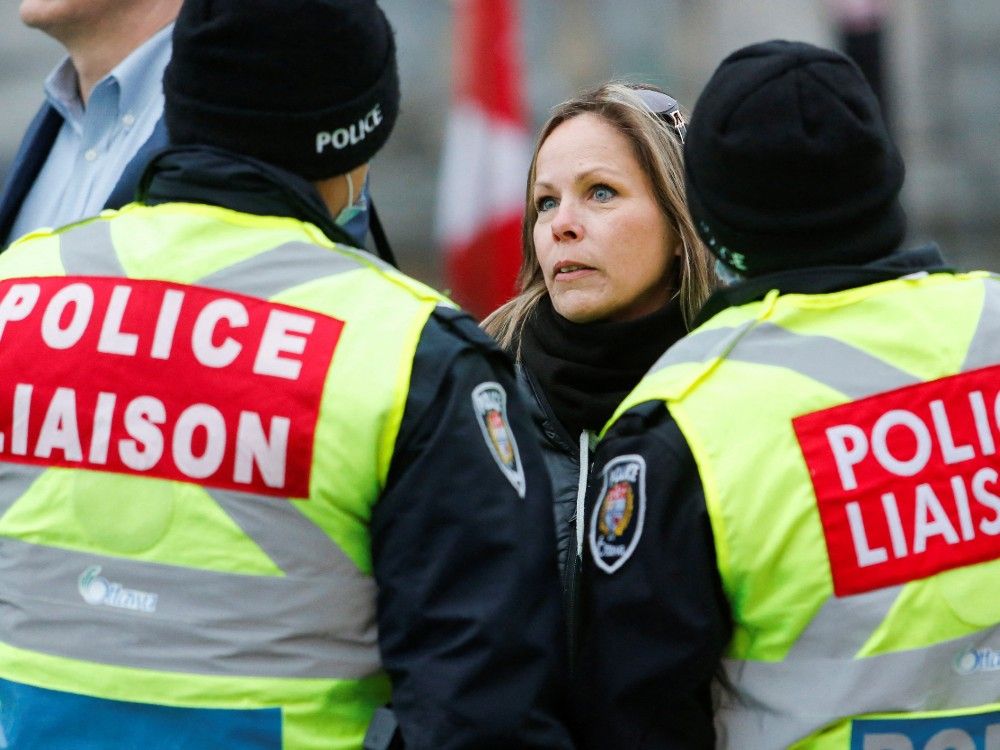 Tamara Lich, one of the most prominent organizers of the Ottawa convoy that gridlocked the city’s streets for nearly a month, is seeking bail again, after a judge ordered her to remain in prison last week.

Lich was arrested Feb. 17 and charged with counselling mischief, the day before police moved in to disperse crowds in downtown Ottawa using powers invoked under the federal Emergencies Act.

In court today, Lich’s lawyer filed an affidavit on her behalf that says had she known Bourgeois was a Liberal candidate in the 2011 federal election, she would have asked the justice to recuse herself from the case.

While protests in downtown Ottawa were mainly aimed at COVID-19 restrictions and vaccine mandates, demonstrators also took aim at Prime Minister Justin Trudeau and his Liberal party with profane flags and slogans.

The bail review hearing was delayed slightly as hundreds of spectators attempted to log into the video conference carrying the proceedings, and flooded the chat with messages of support for Lich.

This report by The Canadian Press was first published March 2, 2022.