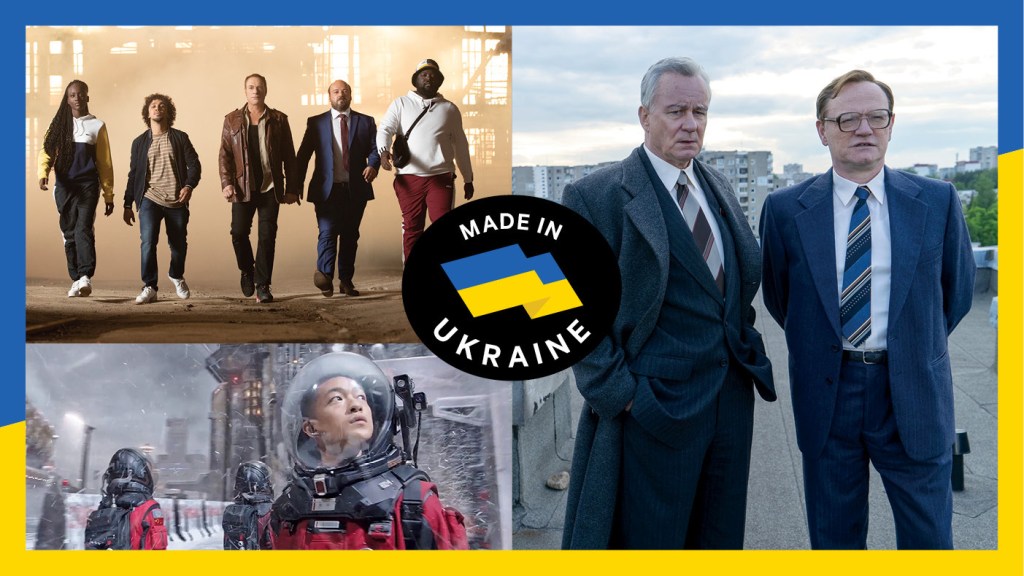 “We have woken up in a different world today.” Those were the words of German Foreign Minister Annalena Baerbock in a speech on Feb. 24, just hours after Russian forces began an assault on Ukraine. It’s a sentiment that echoed around the world in the days following the invasion, which marked the biggest attack on a European state since World War II. As the bombs fell on the Ukrainian cities of Kyiv and Kharkiv, governments in Washington, London and Brussels scrambled to come up with an appropriate response to Moscow’s aggression.

The result has been unprecedented moves to sanction Russia and its leader, President Vladimir Putin. The European Union closed its airspace to Russian flights, banned transactions with Russia’s central bank and approved some $500 million in funding for EU member states to buy and ship arms to Ukraine to help its citizens fight off the invaders. The U.S., together with the EU, the U.K., Canada, Japan and other countries, said they will kick Russia out of SWIFT, the global banking messaging system that facilitates international transfers between banks in different countries. The sanctions, it seems, are already starting to bite. The Russian ruble tumbled to a record low against the dollar on Feb. 28, losing more than 20 percent of its value.

For Hollywood studios and global streaming companies, the war in Ukraine is already affecting business in neighboring Russia. On Feb. 28, in quick succession, Disney, Warner Bros. and Sony announced they were suspending or pulling planned releases in the territory, citing the ongoing humanitarian crisis in Ukraine.

Warners dropped its planned March 3 release of The Batman in the territory; Disney pulled upcoming Pixar title Turning Red, slated to bow there March 10; and Sony said it won’t release Jared Leto starrer Morbius in Russia as planned on March 24. On March 1, Paramount followed suit, pausing releases including Sonic the Hedgehog 2 (set to bow March 31) and Channing Tatum and Sandra Bullock’s The Lost City (April 7), as did Universal, which pulled the animated movie The Bad Guys (March 24) and Michael Bay’s Ambulance (April 7).

The Motion Picture Association, the lobbying arm of the studios and Netflix, issued a condemnation of Russia’s invasion of Ukraine and expressed “our strongest support for Ukraine’s vibrant creative community” but did not announce a blanket boycott of Russia or Russian companies. But the Ukrainian Film Academy called for just that, asking producers to stop licensing their movies and series for the Russian market.

The collapse of the ruble had already meant that any dollar returns at the Russia box office would be down sharply. And with the current SWIFT ban on Russian bank transfers, it’s hard to see how the money could even be transferred out of the country.

Discussing economics and the entertainment business while there’s a war on does feel incongruous, a 2022 equivalent of, “Other than that, how was the play, Mrs. Lincoln?” But the conflict in Ukraine, and the world’s reaction to it, is already impacting the international film and TV industry. We’ve woken up in a different world.

“Two weeks ago, I was talking to our Russian and Ukrainian partners about plans for a second season of our series Silence,” Croatian TV producer Nebojsa Taraba tells The Hollywood Reporter, speaking of a cross-border crime series, a Croatian-Russian-UkrainianGerman production, that shot in Ukraine and has sold to HBO Europe across Central and Eastern Europe. “One day, we’re talking locations, scripts and production logistics. The next, there’s the invasion and Kyiv is on fire.”

Business with Russia is “technically not possible” after the Western sanctions, Taraba says. He notes that the SWIFT boycott has even hit banks in Cyprus, which had provided an avenue for money transfers from Russia to Europe in the wake of earlier restrictions that followed Russia’s 2014 annexation of Crimea. “Any financial transaction with Russia is just not possible now. We’ve never seen anything like this. It’s like trying to work with Iran.”

It’s a sudden about-face for a region that was experiencing a boom in production, both local and international. Under President Volodymyr Zelensky — himself a television producer and popular comedian — Ukraine has begun to open up to the global industry. In 2020, it introduced a 25 percent to 30 percent tax incentive for series or feature films that shoot in the country, making it competitive with incentives in neighboring countries like Hungary, Romania and Poland. Productions including HBO’s Chernobyl and Netflix’s The Last Mercenary shot in Ukraine, and Chinese sci-fi epic The Wandering Earth did VFX work there.

“Ukraine had really emerged as an attractive location, with a competitive incentive, top infrastructure and interesting unseen landscapes,” says Joseph Chianese, senior vp and practice leader at Entertainment Partners, a Los Angeles-based group that advises companies and state film offices on how to set up and structure tax incentives programs. “In a city like Kyiv, because of its history of Russian and Western architecture, you can double both Moscow and Paris.”

With the Ukrainian capital now a war zone, it is unclear when, or if, the local industry will be able to resume operations. It’s particularly ironic and bitter that, before the war, the Ukrainian and Russian entertainment industries were so closely entwined.

“The percentage of people in film and media in Russia with Ukrainian roots is extremely high,” says Alexander van Dülmen, a German producer and distributor with more a decade’s experience licensing and distributing films in the region. He points to two-time Oscar-nominated producer Alexander Rodnyansky (Leviathan, Loveless) and Vlad Riashyn, the founder of Moscow-based production giant Star Media: two Ukrainians who have been pivotal figures in building the Russian industry over the past two decades. “As a comedian, Zelensky was a bigger star in Russia than he was in Ukraine,” notes Taraba. “The two cultures were incredibly close.”

More broadly, there are fears that the current crisis could spread beyond Ukraine’s borders. The former Yugoslavia — the last European region to succumb to armed conflict, in the civil wars of the 1990s — could again prove a powder keg. Taraba notes, ominously, that Serbia, a Russian ally, remains the only European country that has not condemned Moscow’s invasion of Ukraine.

“Everyone is very worried, very concerned,” says Taraba, “but I still have hope. Because at some time the war will stop, and when it does, it will be us, the makers of arts and culture, that help to heal the wounds of war. It was like that after the Yugoslavian war and I’m sure it will happen here as well. You can’t turn off the music. You can’t kill film.”

This story first appeared in the March 2 issue of The Hollywood Reporter magazine. Click here to subscribe.