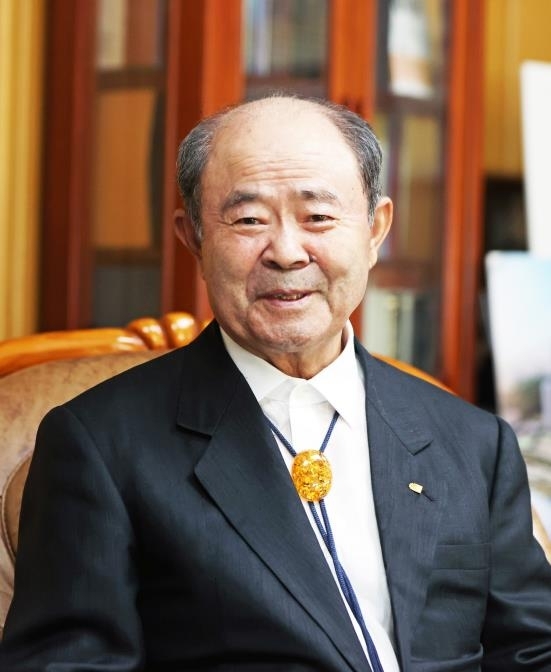 “We finalized the M&A process on Feb. 28 and this day will become a historic day for Daewoo E&C to start anew,” Jung said in his message to employees. “Now, as a family of Jungheung Group, we will take another big leap forward together.”

In December last year, Jungheung signed a deal to acquire a controlling 50.75 percent stake of cash-strapped Daewoo E&C, and the deal won antitrust approval recently from the Fair Trade Commission.

As part of its leadership under the new ownership, Daewoo E&C named Baek Jeong-wan, a 59-year-old company veteran who had led the housing business division, as its new president.

Chairman Jung pledged full support for the builder to normalize operations and focus resources on future growth engines, stressing independency and responsibility of the management based on mutual trust and cooperation.

Jung also renewed his commitment to safety issues, saying a new control tower has been set up to inspect issues concerning safety, quality and the environment at construction sites.

The builder also created a new chief security officer position to lead the control tower with an aim to enhance responsibility and minimize safety risks.

“The new and dynamic Daewoo E&C will be created with the passion of its employees,” he added. “If you work with a sense of autonomy and responsibility, we are here to support you.”

Jungheung Group is the parent company of Herald Corp., publisher of The Korea Herald.