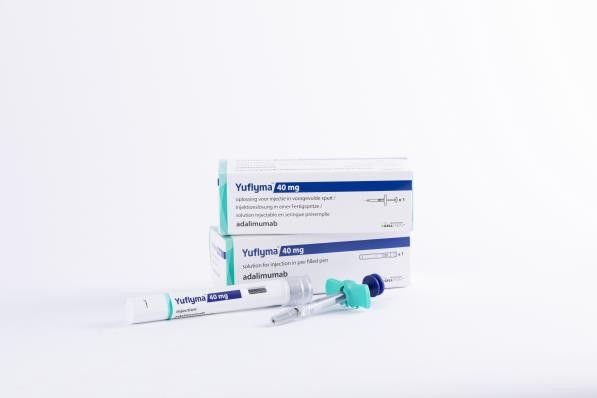 Yuflyma — a biosimilar referencing blockbuster drug Humira by AbbVie Inc. — is used to treat patients with multiple chronic inflammatory diseases, such as rheumatoid arthritis and psoriasis.

The high-concentration biosimilar is already being marketed in major European countries following its approval from drug authorities last year.

Yuflyma requires only half the solution administered to patients compared with the existing Humira biosimilar and is also citrate-free, which lessens discomfort during injection, Celltrion said.

Yuflyma is priced at around 245,000 won ($203) per dose in South Korea, which is similar to other biosimilars of Humira, but patients with cancer or other kinds of rare diseases will only pay one-tenth of the cost. (Yonhap)