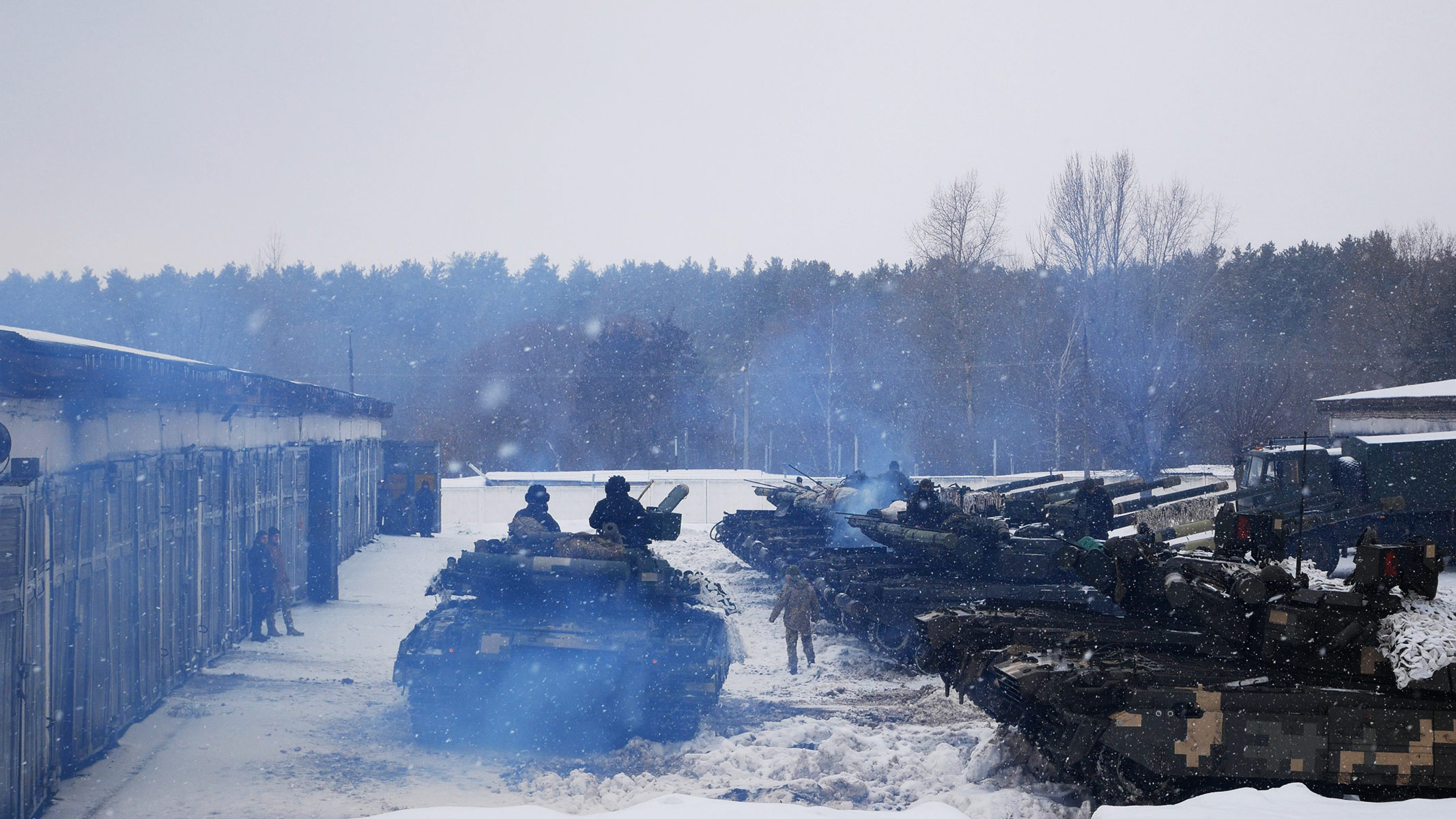 For the first time since 1945, war has returned to the European continent. President Vladimir Putin’s invasion of Ukraine is more than a Russian war on one nation. It is a war on the West and everything the West represents — its democracy, rule of law, liberty and the rules-based international world order it has established, largely as a result of America’s military power and the combined economic might of the United States, the European Union and various like-minded nations.

Superficially, one might look at the start date of this war as February 24, when Russian forces invaded Ukraine. In fact, President Putin declared his war on the West 15 years ago, when he addressed the Munich Security Conference, lambasting the US and its allies for overstepping boundaries, unsettling global order and threatening Russia itself. He was especially sharp in his criticism of the US invasion of Iraq and NATO expansion to include the countries of the former Soviet bloc.

Putin’s Long-Declared War Against the West

One year later, in the summer of 2008, Putin launched his first military campaign. Russian forces invaded Georgia, another aspiring democracy, following its (and Ukraine’s) application to NATO. He had drawn his line and made clear he was prepared to resist. In 2014, following the ouster of the pro-Moscow President Viktor Yanukovych during the Maidan Revolution (aka Euromaidan and Revolution of Dignity), Russian forces — disguised by the absence of uniform — invaded and captured the Crimea region in southern Ukraine, subsequently annexing it.

Shortly afterward, Putin threw his support behind Russian separatists in the Donetsk and Luhansk regions of Donbas in eastern Ukraine, on the border with Russia. That conflict continued to fester through last week’s invasion.

As he rationalized in Munich, NATO was advancing east, encircling and threatening Russia. In fact, it was the nations of Eastern Europe and the Caucasus moving West, adopting the Western model of democracy and free economy, and electing to formally associate with them. Their rationale has been made ever clearer now: They feared Russian aggression and sought the security of NATO and the prosperity of the EU. Russia and Putin’s model of one-man rule, fear and intimidation, repression and stymied economic opportunity held no attraction, and even less under some misguided, fever-dream version of a resurrected Russian empire.

It may have been easy to compartmentalize Putin’s antagonism as directed solely at former eastern bloc states on Russia’s periphery. But Ukraine and Georgia have always been merely the staging grounds of Putin’s assault on the West. His calculation was that a seemingly enfeebled US, weakened abroad and divided at home, and a fractious and divisive NATO would not respond. They would acquiesce to his vision of a neo-Russian empire and the recently resurgent notion — also supported by China — of the spheres of influence of great powers. He also calculated that Ukraine, after its failure to defend Crimea or defeat the Russian-backed separatists in Donbas, would fold in the face of Russia’s superior military might.

Putin doubtlessly also realized that Russia is a declining power. The base for its economy, oil and natural gas, while still much in demand, is facing a declining shelf life as advanced countries turn rapidly to renewable energy technologies. Enormously rich in natural resources and even richer in human ingenuity, it is a one-dimensional economy, making it dependent on the vagaries of commodity markets to keep its budget in balance. Its population has been declining over the last decades and is aging. Russia’s status in the global power alignment is fading, and Putin knows it. Now was the time to strike.

Putin’s whining aside, the invasion of Ukraine was never about the West’s threat to Russia. Democracies go to war only when threatened. In fact, Putin was crystal clear in his purpose when he belittled Ukraine and dismissed its independence in a speech on February 21, a nakedly transparent declaration of Russian expansionism. Holding up NATO as the aggressive villain and Ukraine as an inherent and natural part of greater Russia was a red herring that earned no perch outside his most ardent apologists.

The reputedly calculating Putin underestimated his immediate enemy, the Ukrainian people, and his ultimate enemy, the West. Nor did he grasp the dimensions of the new kind of war that would result when great powers enter the fray in an overwhelmingly interdependent world. His war has all the signs not only of a hot war but also the Cold War, an economic war, an exponentially more expansive information war than he could have imagined, and a cyberwar.

All will claim causalities across the map, most especially in his own country and Ukraine. Importantly, Russia’s vaunted propaganda engine may prove no match for the millions of Ukrainians with cell phones and the hundreds of millions cell phone users around the world supporting them.

But the economic disruption of the unprecedented sanctions imposed by the rest of the world’s economic powers, save China, suggests that people everywhere will suffer to some degree. Financial flows are massively displaced, most seriously for a Russia that has been effectively cut out of global financial markets. Note the massive falls in Russian financial markets and the Russian ruble, the clearest signs of an economy in freefall as investors and consumers rush to cash out and then run for the exits.

Even the massive $630 billion in reserves Putin had thought he was so clever in amassing to blunt the anticipated sanctions have become a dead asset. No one will take his dollars, euros, yen or Swiss francs, not even his gold; they’re all toxic now.

Oil and grain markets have been colossally disrupted. Import-dependent nations, both developed as well as poor, will pay much higher prices, leading to increased inflation and hardship. We should also expect other secondary effects from the war and sanctions.

Ukraine has become the proving ground for democracy. Can the immense financial and economic powers amassed by the world’s democracies counter the brute force military power of one country? Nine of the 10 largest economies in the world are democracies, China the lone exception; Russia ranks 12th.

Democracies run the world’s financial systems from SWIFT to the global financial institutions that fall under the UN, the International Monetary Fund, the World Bank and the World Trade Organization. The US dollar dominates global financial transactions and national reserves. Money has often determined wars’ winners in the past, but never one on the scale of this one, especially when the antagonists wield nuclear weapons.

It may all fall to the courage and resilience of the valiant Ukrainians. The longer they can hold out against Russia’s onslaught, already fraught with unanticipated planning, logistical and tactical problems and questionable troop morale, the more unbearable the economic costs will become for Russia.

Ukraine possesses some of the world’s largest areas of super-rich and fertile black earth. The world is hoping it may also prove to be the perfect soil for democracy to flourish.