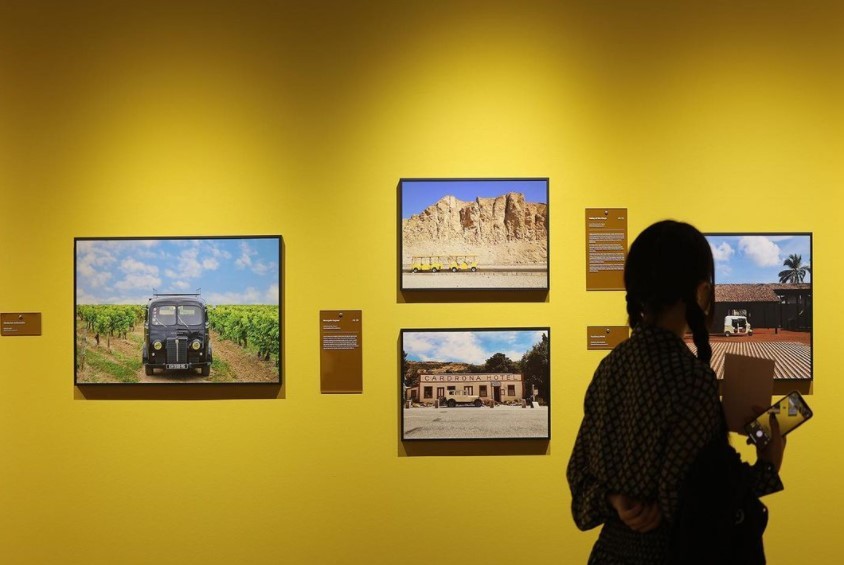 If you feel like traveling abroad, but have to wait a few more months for the pandemic to subside, a couple of photography exhibitions in town might help you quench your thirst for going abroad.

Some 300 photographs taken around the world take visitors to all parts of Europe, Asia and America, and are reminiscent of the works of US film director Wes Anderson. Anderson’s works are widely known for their unique visual and narrative styles, among them the comedy-drama film “The Grand Budapest Hotel.”

The travel community members travel to beautiful historic and natural sites around the world with rich visual histories and unique stories.

The growing travel community has more than 1 million members worldwide. They are architects, professional creatives, artists, photographers and those intrigued by the wonders of the world. The project first started as a personal bucket list item of Wally and Amanda Koval, a Brooklyn-based husband and wife team. The duo launched an Instagram account now named Accidentally Wes Anderson.

Inspired by Los Angeles and Hollywood -– a neighborhood centrally located within the city — her works have the nostalgic atmosphere of Los Angeles. In an interview with global video channel Nowness in 2019, the artist said: “I love shooting in Los Angeles. It is like a blank canvas and it needs artists. The city needs to be molded. People come here to find their own identity and they can make the city into whatever they want it to be for themselves.”

Her works are somewhere between reality and fiction — she deliberately casts and stages all of her works, merging past and contemporary sources to create a sense of ambiguity. Her iconic photographs of people in crowds somehow seem to represent the loneliness of people today. “My projects usually come from a very personal place, a place with a mix of emotions, a place of love, fear and isolation,” the artist is quoted as saying.