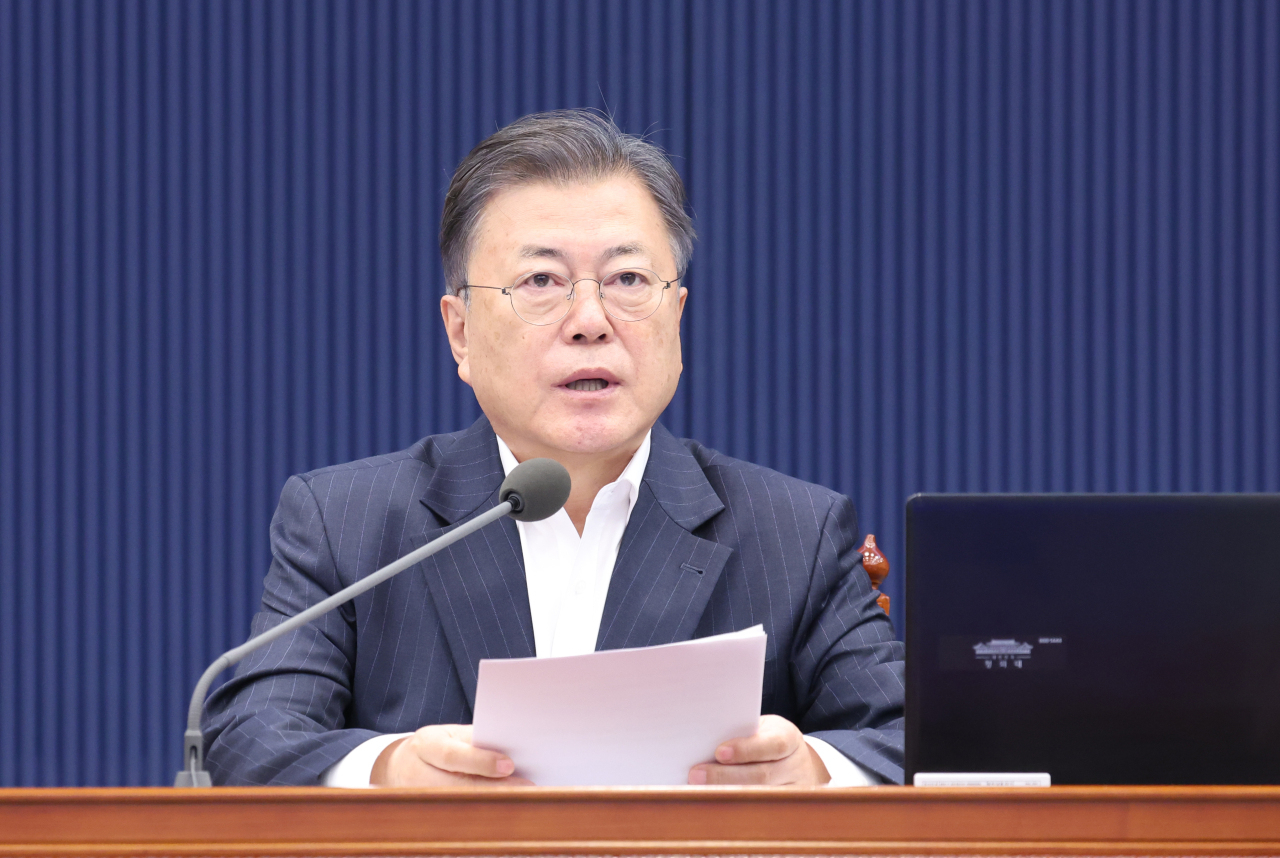 President Moon Jae-in called Tuesday for Japan to look squarely at history and show a humble attitude over its wartime past in order for the two countries to overcome historical feuds and move forward for cooperation.

In a speech marking Korea’s 1919 nationwide uprising against Japan’s 1910-45 colonial rule, Moon said South Korea remains open to dialogue with Japan to work together on various regional and global issues, such as COVID-19 and supply chains.

South Korea and Japan “should be able to overcome the ‘history of a once unfortunate past’ and cooperate toward the future,” Moon said, describing the two nations as “close neighbors.” “To that end, Japan must look squarely at history and be humble before history.”

Moon said Japan can become a “trusted nation” only if it “can sympathize with the wounds of the people of its neighboring country.”

Diplomatic tensions between Seoul and Tokyo have run deep since 2019, when Japan imposed a set of export restrictions against South Korea in a move seen as economic retaliation for South Korean court rulings against Japanese firms involved in forced labor during Japan’s colonial rule. (Yonhap)