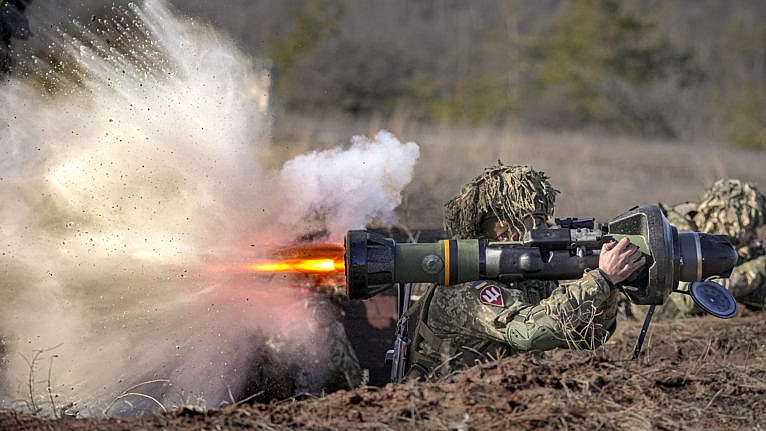 The Canadian government is still unwilling to allow visa-free travel to Canada by Ukrainians, a process that would make it far easier for people fleeing the war to reach this country. “The Ukrainian visa requirement is currently not under review,” Jean-Marc Gionet, a director-general with Canada’s immigration department, told MPs at the House of Commons’ foreign affairs committee Monday. Canada has granted citizens of more than 60 countries and jurisdictions visa-free access to this country, and while Canadians can visit Ukraine for up to 90 days without a visa, Ukrainians require one to travel to Canada.

Global has a story on the visa question.

Chrystia Freeland, who has been working to build an international coalition for financial sanctions, gave a widely praised speech at Trudeau’s news conference on Monday, casting Ukraine’s battle as a battle for all of  humanity.

Bob Rae, who has been speaking forcefully for Ukraine in his role as ambassador to the United Nations, gave a widely praised speech at the General Assembly on Monday, speaking emotionally about the horror of war and the importance of the principle of national sovereignty.

Something needs to be done: John Ivison, of the Post, who was watching the debate at the UN, writes that there is reason to think the UN might act in unprecedented ways.

Dangerous road trip: The Globe’s Mark MacKinnon has a vivid report from Ukraine, an account of a drive from a safe house outside Kyiv to a hopefully safer city further south. MacKinnon and his driver encountered checkpoints manned by civilian volunteers, one of whom vetted MacKinnon by calling Etobicoke.

Our Land Rover, which somehow came complete with British licence plates, drew particular attention. My Canadian passport and Ukrainian press identification weren’t enough to impress Anton Alexandrovich, the 41-year-old chief of the checkpoint. He called what he said was his brother in Etobicoke, Ont., and handed me the phone. It was about 4 a.m. in Ontario, but his brother was awake and following developments in Ukraine. I told Mr. Alexandrovich’s brother that if he opened The Globe and Mail homepage, he’d see who I was and the work I was doing. That wasn’t sufficient. I told him I grew up in Ottawa, but he wanted to know more. “Where precisely in Ottawa?” he asked. “Stittsville,” I said. “My house was right near the rink where the Senators play.”

Real strong man: In the Star, military historian Nathan M. Greenfield has a breezy and interesting piece on Volodymyr Zelenskyy, the comedian-turned-president who has used social media to rally his country and frustrate the schemes of Vladimir Putin.

The words that history will remember from this war: “I need ammunition, not a ride” are as rhetorically impressive as Admiral Horatio Nelson’s “England expects that every man will do his duty” before Trafalgar, U.S. Admiral David Farragut’s, “Damn the torpedoes, full speed ahead” at the Battle of Mobile Bay in 1864 and more pungently, “Nuts,” the reply of senior American commander Brigadier-General Anthony McAuliffe to the German general who offered him the opportunity to surrender at the Battle of the Bulge in 1944.

Russian warning: Russia’s foreign ministry demanded that Canada keep its diplomats safe after hundreds of protesters gathered outside the Russian Embassy in Ottawa on Sunday, the Post reports.

Freeland or Anand: Writing for CTV, Don Martin praises the Trudeau government’s response to the Ukraine crisis, and suggests the next prime minister might have been next to him.

There comes a moment where you study an Opposition leader or a cabinet minister and you just know they’re ready to become prime minister one day. In Trudeau’s case, while he was delivering his usual breathless dramatizations of the situation at Monday’s news conference, the heir apparents framed him on the television screen. To his right, deputy prime minister Chrystia Freeland, fidgeting with a thick stack of documents. To his left, looking calm and cool, Defence Minister Anita Anand. Either one looks ready to step into Trudeau’s shoes and deliver far superior leadership.

Charest comes to town: Speaking of leadership, Jean Charest is headed to Ottawa to meet with MPs, presumably to talk to them about a leadership run, CPC reports. So far, only Pierre Poilievre has declared his candidacy. There are signs on Twitter that a Poilievre-Charest contest would be a no-holds-barred affair. Peter MacKay also appears to be considering a run.

Convoy committee: The federal Liberals are pushing ahead with a plans for a committee to review the Emergencies Act although the opposition Conservatives are objecting to its composition, the Globe reports. The Liberals want a committee composed of four members of the Senate and seven MPs: three Liberals, two Conservatives, one Bloc member and one NDP, with three chairs: one Bloc, one NDP and one from the Senate, freezing out the Tories.