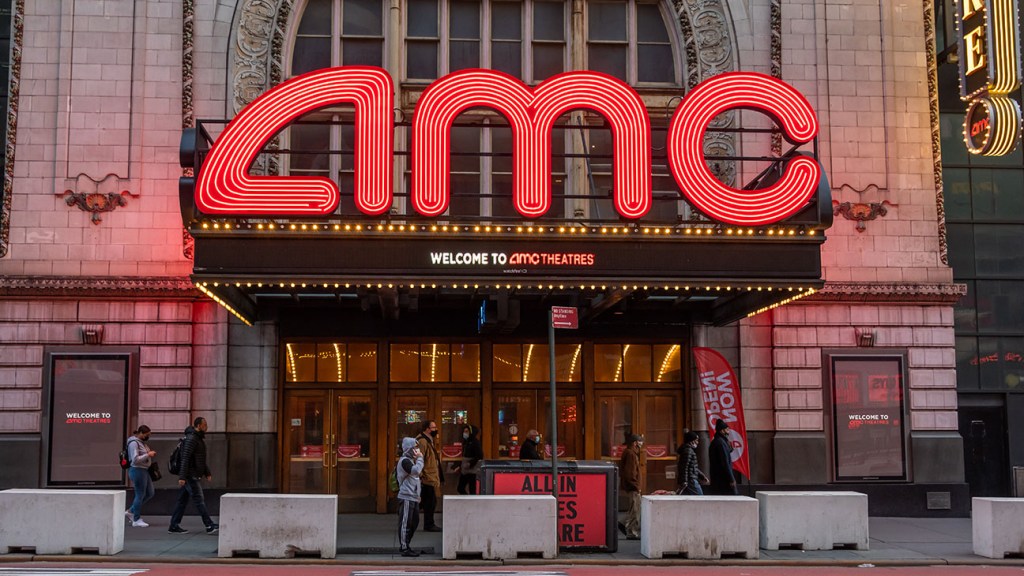 The suspense on Tuesday as AMC Entertainment released its fourth quarter earnings was worthy of a Hollywood tentpole in one of its theaters.

After the market close, the latest financial earnings were not posted until 5 p.m., just as an analyst call led by CEO Adam Aron was set to get underway. And the latest quarterly earnings revealed overall revenues at $1.17 billion, as previewed on February 1 when the company unveiled an unaudited version of its year-end earnings.

But the fourth quarter net loss of $134.4 million, compared to a year-earlier $946.1 million loss, included a non-cash impairment charge of $77.2 million related to asset valuations.

Shares in AMC, a retail trading darling, were up 45 cents, or just over 2 percent to $18.77  in after-market trading as investors reacted to the fourth quarter earnings as an indication of just how much the exhibition giant is gaining from the current box office rebound and consumers returning to the multiplex as the pandemic wanes.

The fourth quarter earnings had already been previewed by AMC. On Feb. 1, the company disclosed a preliminary loss of between $194.8 million and $114.8 million, which includes an estimated non-cash assets impairment charge of $50 million-$125 million.

A year ago, the cinema giant on the brink of possible bankruptcy had begun reopening theaters to weather the coronavirus pandemic and stay in business. AMC shares have been volatile after the company used its status as a meme stock thanks to rogue retail traders on Reddit and other social media hubs to raise fresh cash at a steep market premium to ensure survival and pay down debt and interest expenses.

Aron and other top AMC execs will hold an analyst call where they are expected to discuss the 2022 slate of Hollywood tentpoles to hit their screens and whether retail investors will continue to buy up the AMC Entertainment stock, especially as financial markets undergo a steep correction.