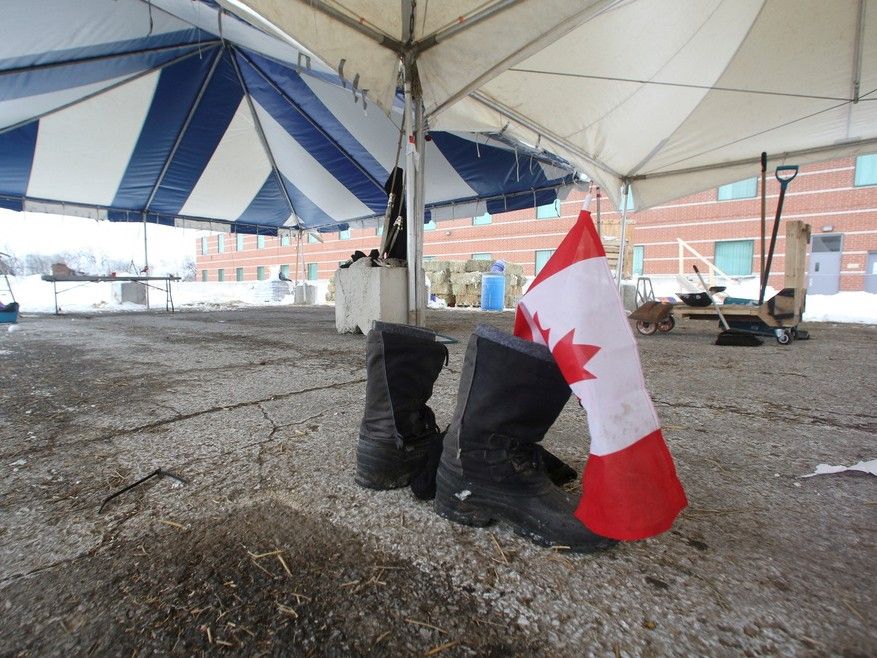 After three weeks of Freedom Convoy protests and the invoking and revoking of the Emergencies Act, the city of Ottawa has all but returned to normal. Businesses have reopened their doors to the public, and relative peace and quiet has been restored.

The only lingering signs of the occupation in the capital are the abandoned trucks in the impound lots and barriers on the streets.

Alain Gonthier, general manager of transportation, utilities, and public works for the city of Ottawa said that    all litter and debris left by the protesters was to be cleared by last weekend.

The last step, he said, “will be to remove the barriers that were used to block off streets and this work will take several days to complete.”

According to a report released by the city, Ottawa workers have cleaned up 40 cement mixer trucks worth of garbage. The trash has been collected in 16 large 25-cubic metre garbage bins. The city did ensure that all food products left behind were not sent to landfills.

All fuel brought to the city by the protestors has been collected and disposed of.

A total of 115 vehicles were towed from the protest area, according to Ottawa Police Services (OPS). Owners had seven days to retrieve them, for a cost of $1,191 for a heavy vehicle, or $516 for a light one.

Additionally, 196 arrests were made, and over 3,700 fines issued. Steve Kanellakos, Ottawa’s city manager, has stated the protests cost the city upwards of $30 million, mostly for increased police and support staff presence.

Lawyer Paul Champ, who is leading a legal team overseeing a class-action lawsuit against protest participants, pegs the total amount of wages and revenue lost because of the occupation at a minimum of $306 million. The lawsuit represents three impacted parties: city residents, Happy Goat Coffee Co. and Union Local 613, and employees who lost wages when their workplaces were shut down.

The lawsuit is targetted at every person involved with the convoy protests. Champ has collected the licence plates of over 400 attendees and hopes to get information on those who donated to the convoy after February 4th.