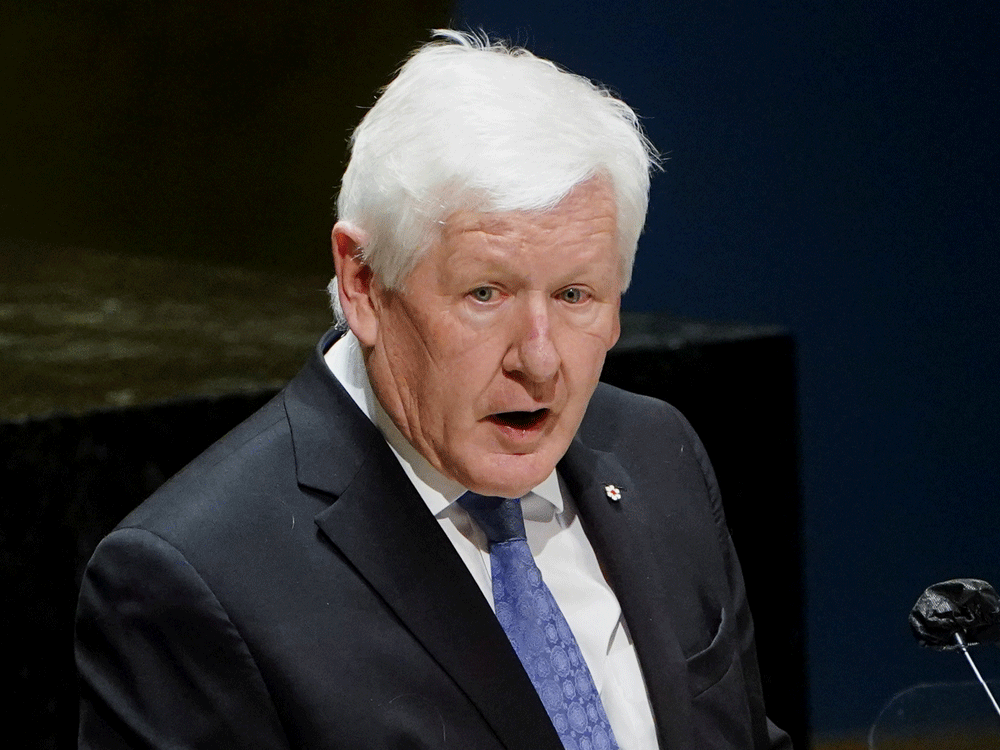 Russian president Vladimir Putin’s move to put nuclear forces on alert is a tactic that Western countries must not give in to, Canada’s ambassador to the UN said Monday.

“It’s important for us not to be scared off by this tactic,” Bob Rae told the House of Commons foreign affairs committee.

He said Monday, “huge headlines” in many newspapers focused on Putin’s nuclear threats. Over the weekend, Putin ordered his nuclear deterrent forces to be on “high alert” in response to what he said were “aggressive statements” by NATO members. Western countries have imposed a series of sanctions against Russia in response to its invasion of Ukraine last week.

Rae told MPs during his virtual appearance at committee Putin’s issuing a nuclear alert was “intended to make us all back off.”

“I think it’s really important not to give in to what it’s intended to do,” he said.

Rae said that he has had conversations with federal cabinet and other members of the United Nations and “no one’s getting turned away by this.”

He also pointed out that as recently as January, Russia joined the world’s other four nuclear powers in issuing a statement that a nuclear war could never be won and the use of nuclear weapons could never be justified.

“So when president Putin turns around and makes the announcement that he made yesterday, what are we to make of it? I think it’s deeply irrational.”

In response to a question about Putin’s mind-set, Rae criticized Putin’s narrative as dangerous.

“I mean, he puts his finger on the nuclear button and says you’re making me do this. Well, that is the language of the abuser,” Rae said. “It is like a somebody who’s an abuser saying I’m only hitting you because you’re making me hit you. It is dangerous talk, it is irrational talk.”