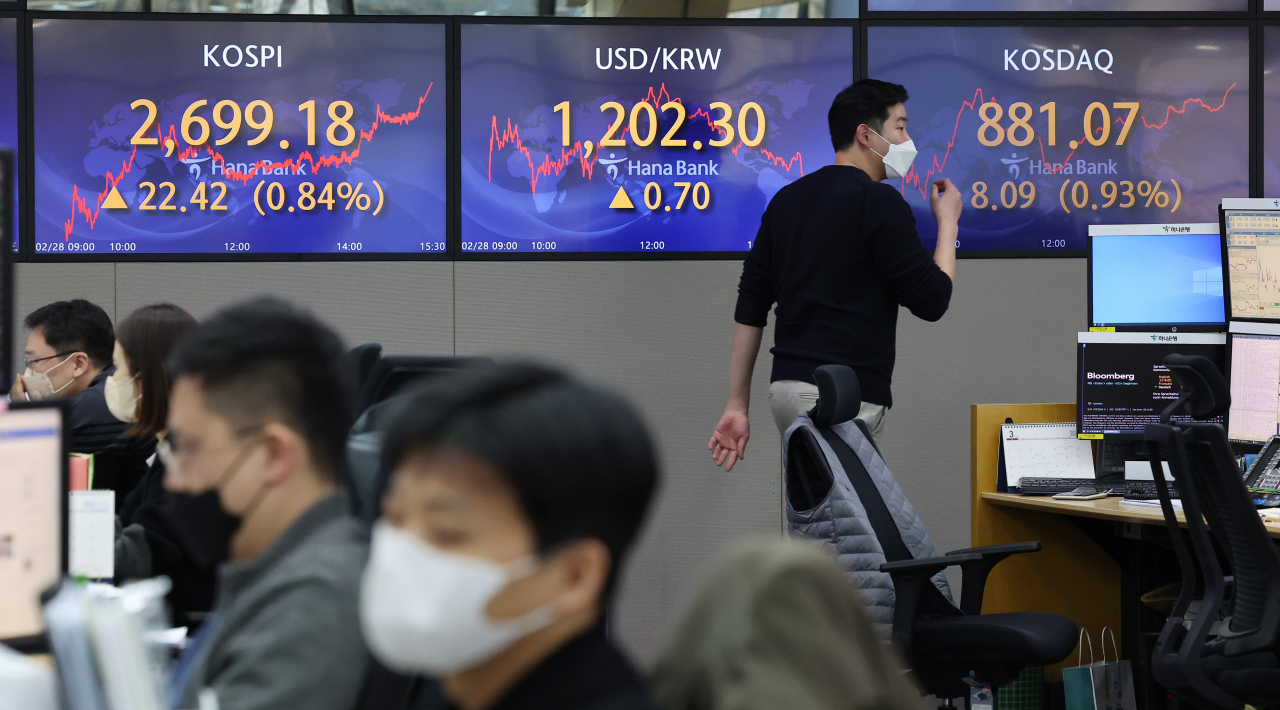 South Korean stocks closed higher Monday after choppy trading, backed by reports that Ukraine and Russia have agreed to talks. The Korean won fell against the US dollar.

The key stock index largely fluctuated according to developments in the military tensions in Ukraine.

After a weak start, stocks rebounded as investors digest a new set of sanctions by the United States and Western nations on Russia over the Kremlin’s attack on Ukraine.

The local currency closed at 1,202.3 won against the US dollar, down 0.7 won from the previous session’s close.

Bond prices, which move inversely to yields, closed mixed. The yield on three-year Treasurys lost 0.2 basis point to 2.242 percent, and the return on the benchmark five-year government bond closed unchanged at 2.468 percent. (Yonhap)