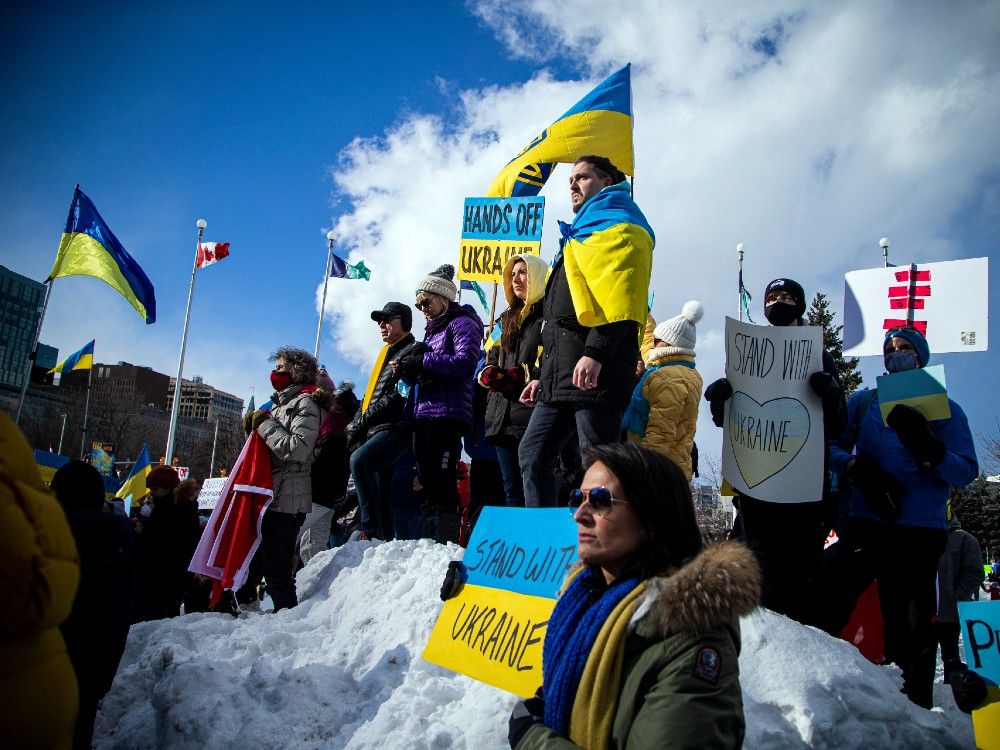 After hundreds of protesters gathered outside the Russian Embassy in Ottawa on Sunday to show their support for Ukraine, Russia’s foreign ministry demanded that Canada keep its diplomats safe — and threatened retaliation if they failed to do so.

The protesters, who then made their way to city hall, were called hostile in a statement by Russia’s foreign ministry. Russia called in Canada’s ambassador to Moscow to lodge a formal protest, Reuters reported.

Russia’s foreign ministry also said the country reserves the right to take action if Ottawa does not keep its diplomatic staff safe.

As well as the Ottawa embassy, it said Ukrainian supporters were also protesting outside two other consulates.