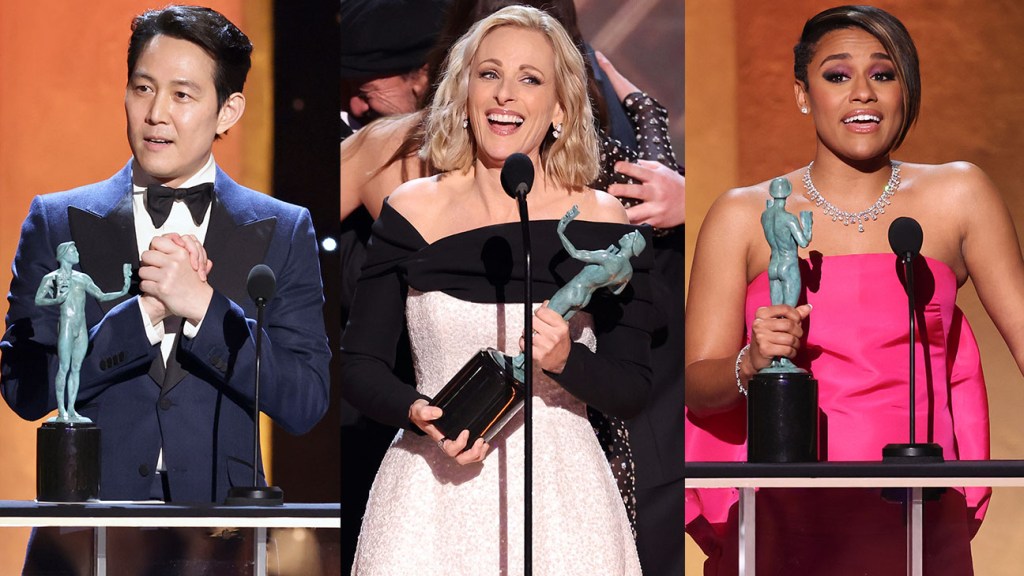 Some of the most significant acceptance speeches at the Screen Actors Guild Awards on Sunday night were delivered in languages other than English.

Troy Kotsur won the first SAG of the night, becoming the first deaf regular-category winner in the 28-year history of the actors union’s awards show. (Back in 2011, his CODA co-star Marlee Matlin received SAG’s Harold Russell Award, which honors performers with disabilities.) “I’m so grateful to Apple TV+ for all their support and access, like burned-in closed captioning, providing ASL interpreting services and believing in us deaf actors and casting us authentically as actors who happen to be deaf,” signed the male supporting actor winner in American Sign Language, with interpretation spoken in English offstage.

A different interpreter, Haley Jung, later took the stage twice, translating from Korean to English for Squid Game‘s pair of stunned drama series winners, Lee Jung-jae and Jung Ho-yeon. “Thank you to the global audience for all of your love for Squid Game,” said Lee, the first male actor from Asia to win an individual SAG Award. Meanwhile, supermodel Jung, winning for her acting debut, brought the acclaimed audience to tears with her heartfelt words: “I have sat many a times watching you on the big screen, dreaming of one day becoming an actor.” She is the first female actor from Asia to win on the television side (fellow Korean actress Youn Yuh-jung won on the film side for Minari last year, and Korean Canadian actress Sandra Oh is a two-time winner in the drama category).

Elsewhere, two Black actors took home individual SAG Awards: King Richard‘s Will Smith for male lead actor and West Side Story‘s Ariana DeBose for female supporting actor. “It’s an honor to be seen,” said DeBose, who identifies as Afro-Latina and queer, backstage after her win. “It’s just indicative that the doors are opening. I will not be the last, and that’s the important part.”

That sentiment was echoed in Matlin’s acceptance speech on behalf of CODA‘s big win for outstanding cast in a motion picture to close out the night. “We deaf actors have come a long way,” signed Matlin, whose 1987 Academy Award for Children of a Lesser God made her the first and so far still the only deaf actor with an Oscar. “Thirty-five years I have been seeing so much work out there.”

Given the relative dearth of major features that have cast actors with disabilities, it should come as no surprise that CODA is the first such film to win SAG’s biggest prize. “This validates the fact that we deaf actors can work just like everybody else,” Matlin continued, as the audience applauded and also signed its equivalent. “We look forward to more opportunities for deaf actors and deaf culture.”